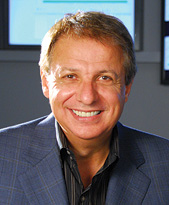 Dr. Cotsakos is one of the visionaries, architects, and entrepreneurs of e-commerce and e-finance and is a pioneer in the development and mainstream-adoption of personalized digital financial media.

Dr. Cotsakos serves as chairman of the board of Boulevard Arts, Inc., an immersive arts education technology company that enables its customers to virtually experience museums, architecture and cultural sites, and public art installations from anywhere in the world (2014-present).

Dr. Cotsakos serves on the board of Catalina Marketing Corporation, Inc., a leading personalized digital media company, driving lift and loyalty for the world’s leading CPG retailers and brands. Catalina personalizes the consumer’s path to purchase through mobile, online and in-store networks powered by the largest shopper history database in the world (2016-present).

Dr. Cotsakos serves on the board of Western Dental Services, Inc., one of the largest dental services organizations in the U.S., with approximately 175 dental offices in California, Arizona, Nevada and Texas.  Dr. Cotsakos also serves as the senior information and technology advisor to the board (2014-present).

Dr. Cotsakos serves on the board of Diversified Foodservice Supply, Inc., a leading distributor of maintenance, repair and operations parts, supplies, and equipment to the U.S. foodservice industry.  Dr. Cotsakos also serves as the senior information and technology advisor to the board (2015-present).

In May 2001, William Paterson University named its business school the Cotsakos College of Business in honor of Dr. Cotsakos. William Paterson is one of the nine state colleges and universities in New Jersey with an enrollment of nearly 12,000 students.

Dr. Cotsakos was invited to be a Visiting Professor and Distinguished Entrepreneur in Residence at the University, where he teaches graduate classes in Venture Finance, Entrepreneurialism and Technology, with a specific emphasis on Block Chain, Cryptocurrency, Artificial Intelligence (AI), Natural Language Processing (NLP), Machine-to-Machine (M2M) Learning, and Convolutional Neural Networking (CNN).

PATENTS
Dr. Cotsakos is among a team of inventors for Mainstream Holdings and is listed in multiple patent applications covering methods and data structure for obtaining, distributing, managing and utilizing information, including online content and user biographical content in an online networking system. (US Patent No. 8,107,452 was assigned to Sprint Communications L.P. in September 2008; US Patent No. 7,010,599 was assigned to Vizio, Inc in July 2012.) Dr. Cotsakos is also listed in a provisional patent application covering a real-time, trusted blockchain attribution platform for Cobuna Brands, LLC.

MAINSTREAM HOLDINGS, INC.
Dr. Cotsakos has served as founder, chairman of the board, chief executive officer, and president of Mainstream Holdings, a holding company providing customizable internet technology and digital and social media, engagement and monetization solutions (2003-2008). Mainstream Holdings was acquired by Babbalu, LLC in November 2008.

Under Dr. Cotsakos’ leadership, Fortune magazine named E*TRADE as one of the 10 most admired companies in financial services in 2002 and the company received numerous industry awards and recognitions for innovation, marketing, and technology. It was also included in both the S&P 500 and the Forbes Super 500 in 2003.

Dr. Cotsakos raised $13 million in private equity to help finance E*TRADE's start-up operations, led the company’s initial public offering and listed E*TRADE on the National Association of Securities Dealers Automated Quotations (NASDAQ) under the symbol EGRP in August 1996, raising an additional $53 million. In February 2001, after the company earned $1 billion in revenue, he listed E*TRADE on the New York Stock Exchange (NYSE) under the symbol ET.

Dr. Cotsakos submitted his resignation to E*TRADE in January 2003, after reporting the most profitable year in the company’s history from ongoing operations, to pursue new business and venture capital opportunities through his portfolio management company, Pennington Ventures, LLC, as well as to provide advisory services to executive management teams and boards of directors.

Dr. Cotsakos expanded the company’s reach in Asia, Europe, and Latin America and reinvigorated its brand and market position, re-architected its technology and restored its global profitability.

Dr. Cotsakos was the recipient of Dun & Bradstreet’s Chairman’s Award for Global Leadership in 1993 and the President’s Award in 1995 for his innovative leadership in developing the company’s solution-based technology and expanding the company’s profitable international strategy.

FEDERAL EXPRESS CORPORATION
Dr. Cotsakos served 19 years with the Federal Express Corporation (NYSE-FDX), a market leader in transportation, information, and logistics solutions, where he held a number of senior executive positions in the U.S. and in Europe, Middle East and Africa (1973-1992).

Dr. Cotsakos was instrumental in developing several of the people, service, profit, and technology initiatives that Federal Express is known and respected for today.

Dr. Cotsakos received the Chief Operating Officer’s Five Star Award for Leadership and Innovation in 1984 and was instrumental in Federal Express receiving the Malcolm Baldridge National Quality Award in 1990.

PRIOR DIRECTORSHIPS AND COMMITTEE CHAIRS/MEMBERSHIPS
BOARD OF DIRECTORS - PUBLIC COMPANIES
FOX Entertainment Group, Inc. (NASDAQ-FOX), a leader in the development, production, and worldwide distribution of feature films and television programs, television broadcasting, and cable network programing.  Dr. Cotsakos chaired both the audit committee and the special committee of independent directors when News Corporation acquired the minority interest in the FOX Entertainment Group.

Forte Software (NASDAQ-FRTE), a leader in the integration and development of scalable enterprise-class distributed applications.  Dr. Cotsakos served as a member of the company’s Audit Committee and Compensation Committee.  The company was acquired by Sun Microsystems.

Digital Island (NASDAQ-ISLD), a leading global e-business delivery network.  Dr. Cotsakos served as a member of the company’s Compensation Committee.  The company was acquired by Cable and Wireless.

TradeStation Group, Inc. (NASDAQ-TRAD), a leader in rule-based trading.  Dr. Cotsakos served as a member of the company’s Audit Committee and Compensation Committee.

PlanetRX (NASDAQ-PLRX), an online healthcare destination and pharmacy for commerce, content, and community.  Dr. Cotsakos served as a member of the company’s Compensation Committee.

Webvan Group, Inc. (NASDAQ-WBVN), a leading online grocery delivery business.  Dr. Cotsakos served as a member of the company’s Compensation Committee.  Dr. Cotsakos was also elected chairman of the board to assist Webvan's executive team and board with its strategic exit alternatives.

PRIOR DIRECTORSHIPS AND COMMITTEE CHAIRS/MEMBERSHIPS
BOARD OF DIRECTORS – PRIVATE COMPANIES
ACNielsen, a leader in global media and research company acquired by VNU.  Dr. Cotsakos was co-chair of the company Executive Committee.

E*Offering, a diversified on-line financial institution.  Dr. Cotsakos served as a member of the company’s Audit Committee.  The company was acquired by WIT Capital.

PRIOR DIRECTORSHIPS AND COMMITTEE CHAIRS/MEMBERSHIPS
BOARD OF DIRECTORS – NON-PROFITS
New York Stock Exchange’s Listed Advisory Committee, an advisory council of select NYSE listed company chief executives who provided issues-based counsel for the Chairman and CEO as well as the senior management team of the NYSE.

Vietnam Veterans Memorial Fund’s Corporate Council, a network of business executives who assist in directing both the fundraising and distribution of funds through targeted educational programs associated with Vietnam Veterans.

Dr. Cotsakos served as an advisor to the Military in the Information Age, a project on national defense and security systems technology sponsored by the Pentagon.

The Cotsakos trust has provided seed and operating capital for the Vietnam Veterans Memorial Fund and its outreach programs including Project RENEW, the Vietnam Veterans Memorial Fund's unexploded ordinance removal and awareness program in Quang Tri Province, Vietnam; the establishment of the computer learning center at Hanoi University of Foreign Studies; and Echoes from The Wall, a Vietnam War educational curriculum distributed to 40,000 schools throughout the United States, among other projects.

Parachutist Badge, as well as other ribbons and citations

Ph.D. in Economics (PSION Award recipient; dissertation of the year) from the University of London, Imperial College of Science, Technology and Medicine (London, United Kingdom, 2002)

INTERNATIONAL SPEAKER AND LECTURER
Dr. Cotsakos has been an international speaker on a variety of topics including the global economy, e-commerce, leadership, chaos and uncertainty in the digital environment, landmine awareness, education and removal and veterans’ affairs. He has spoken at venues such as the Davos World Economic Forum, MSNBC’s Summit I and II hosted by Tom Brokaw, and on cable and network television including Bloomberg, CNBC, CNN, CNNfn, FOX, MSNBC and NBC. He has also provided commentary on nationally syndicated radio and lectures at leading colleges and universities.

Dr. Cotsakos was invited to become a Visiting Professor of Economics at the University of London, Imperial College of Science, Technology and Medicine.

NATIONAL BEST SELLING AUTHOR
Dr. Cotsakos is the national best-selling author of It’s Your Money, which has over 275,000 copies in print in several languages worldwide. Dr. Cotsakos donated all proceeds from the book to Vietnam veterans’ projects.

He is currently authoring several additional books on entrepreneurship, marketing, and strategy.

COMMUNITY OUTREACH
Dr. Cotsakos served on the board of directors of the Enterprise Development Corp. of South Florida (EDC), a nonprofit organization that assists emerging science and technology companies.

Dr. Cotsakos served as a Senior Fellow in Entrepreneurship at Pepperdine University’s Graziadio School of Business and Management.

Dr. Cotsakos served as the founding chairman with honorary chairman, Former Secretary of State General Colin Powell (retired), of the Education Center At the Wall. America’s Legacy of Service is a visitor and education facility being built underground near the Vietnam Veterans and Lincoln Memorials. It will help the millions of annual visitors to The Wall learn about the Vietnam Veterans Memorial, as well as the Vietnam War, and will pay tribute to all the men and women who served in all of America’s wars. In 2003, President George W. Bush signed into law H.R. 1442, which authorized the construction of this visitor center.

Dr. Cotsakos served as co-chair of the Capital Campaign at William Paterson University. The Campaign successfully raised over $40 million for the University.

FAMILY
Dr. Cotsakos is the fourth of five children of Greek parents.

Dr. Cotsakos and his wife, Tami Cotsakos, both grew up in Paterson, New Jersey. They attended Paterson’s public schools (Dr. Cotsakos: PS 15 and Mrs. Cotsakos: PS 21 and PS 26) and are graduates of Eastside High School (1965 and 1967, respectively). Mrs. Cotsakos has a B.S. in Music from William Paterson University (1971) and Dr. Cotsakos’ daughter, Suzanne, has a B.A. in Theatre Arts from Pepperdine University (2002), a B.F.A. in Motion Pictures and Television from the Academy of Art University (2004), and an M.B.A. from the Cotsakos College of Business, William Paterson University (2009).  Suzanne is also an active member of the Screen Actors Guild-American Federation of Television and Radio Artists (SAG-AFTRA).

The 25 Most Powerful People in Networking (Networld January 1999)