Barbara Andrew is the Honors College Dean who works with you to make sure that your WP experience is outstanding. Dean Andrew believes that every student is capable of producing a high quality senior thesis. She has been in charge of the Honors College since the summer of 2015; has grown its enrollment; diversified its student population; and increased its first-year retention and four-year graduation rates. Dean Andrew holds an undergraduate degree from Vassar College, a graduate certificate in Women’s Studies and master’s and doctoral degrees in Philosophy from the University at Stony Brook. Her own research specializes in feminist theory, ethics, social and political philosophy. Her most recent publications consider love and freedom as moral principles. Dr. Andrew served as Chair of the Department of Philosophy from 2011 until her appointment as interim Honors College Director in 2015. She has taught at William Paterson University since 2002. Previously, she taught at the University of Oregon and the University of Montana.

West Moss has had her work published in The New York Times, Salon, McSweeney's, The Saturday Evening Post, and elsewhere. She is a graduate of Columbia University's Narrative Medicine Program, and teaches creative writing, literature, medical humanities courses, and she works with clinicians doing narrative medicine work across the country.

Gabrielle is the Honors College Graduate Assistant. She is working toward completing a Masters in Communication Disorders.

Dr. Joseph Spagna is the director of the Biology Track and associate professor of Biology. His research interests include systematics, evolution, and biomechanics of arthropods. Students in Dr. Spagna's lab use high-speed video, movement analysis, genetics, and computer modeling to figure out how spiders and ants have evolved to move the ways they do.

Ge Zhang is the director of the Business Track and professor of Finance in Cotsakos College of Business.  She holds a Ph.D. in Finance from Duke University and M.A. in Economics from UC Davis.  Her research and teaching interests center on the empirical corporate finance, financial Markets, investment, and risk management. Her research has appeared in academic journals such as the Management Science, Journal of Risk and Insurance and Journal of Portfolio Management.

Dr. Diamond is a licensed neuropsychologist (NJ) specializing in clinical neuropsychological assessment and neurorehabilitation. His research focuses on the neuropsychology and cognitive neuroscience of memory, executive function, attention/concentration, information processing and mood/anxiety using standardized, computer-based and brain imaging/autonomic measures in healthy and in clinical populations. A practicing clinician, he has published extensively and presented at numerous national and international conferences.

Dr. Learmonth is a developmental psychologist with a research focus on the development of memory and spatial ability. Most of her research is with young children and uses techniques such as deferred imitation and search tasks (both real world and virtual) to examine the changes in memory and spatial ability over the first six years. Her specific research is currently on the use of landmarks and geometric features in spatial memory and navigation. She is also currently working on a project that will look at early spatial competence and memory binding as a window into infantile amnesia. Recent publications by Dr. Learmonth have appeared in Developmental Science, Psychological Science, Memory and Cognition and the Journal of Experimental Child Psychology.

Dr. Lauren Fowler-Calisto is Assistant Professor and Director of Choral Activities at William Paterson University, and Music Honors Track Director. She conducts the Concert Choir and Chamber Singers and teaches conducting and courses in music education. Dr. Fowler-Calisto received her Doctor of Arts degree from the University of Northern Colorado in Choral Conducting with a cognate in Vocal Performance and Pedagogy. She also holds a Bachelor of Music Education degree from Concordia College, Moorhead, MN, and a Master of Music in Performance degree in conducting from the University of Arizona. Her research interests include Voice Science and Acoustics in addition to Choral and Conducting Pedagogy.

Dr. Nocella received her master’s degree in nursing science from the Pennsylvania State University in 2002 and her Ph.D. in Nursing Research and Theory Development from New York University in 2013. She is a clinical nurse specialist in community health as well as a board certified complex case manager.  Her area of practice has been in the managed care environment as well as the home care setting. Her research is focused on quality of care as well as self-management of chronic conditions.

Phillip Cioffari, the Track Director, is the author of five books of fiction: the mystery/thriller, CATHOLIC BOYS; the short story collection, A HISTORY OF THINGS LOST OR BROKEN, which won the Tartt Fiction Prize, and the D. H. Lawrence award for fiction; , DARK ROAD, DEAD END, and just recently,THE BRONX KILL.

His short stories have been published widely in commercial and literary magazines and anthologies, including North American Review, Playboy, Michigan Quarterly Review, Northwest Review, Florida Fiction, and Southern Humanities Review. He has written and directed for Off an . His Indie feature film, which he wrote and directed, LOVE IN THE AGE OF DION, has won numerous awards, including Best Feature Film at the Long Island International Film Expo, and Best Director at the NY Independent Film & Video Festival. He is a Professor of English, and director of the Performing and Literary Arts Honors track, at William Paterson University.

Professor Neil Kressel holds a Ph.D. in social psychology from Harvard University and an M.A. in comparative history from Brandeis University. A recipient of William Paterson’s award for excellence in research and scholarship and –recently-a Visiting Fellow at Yale University, his books include: Bad Faith: The Danger of Religious Extremism (Prometheus, 2007), Mass Hate: The Global Rise of Genocide and Terror Plenum, 1996; rev, ed., Perseus/Westview Press/Basic Books, 2002); Stack and Sway: The New Science of Jury Consulting (Perseus/Basic Books, 2002; paperback, 2004), and Political Psychology (Paragon House, 1993), and “The Sons of Pigs and Apes” (selected as 2012 Book of the Year by the Journal for the Study of Antisemitism). He enjoys supervising undergraduate student theses. 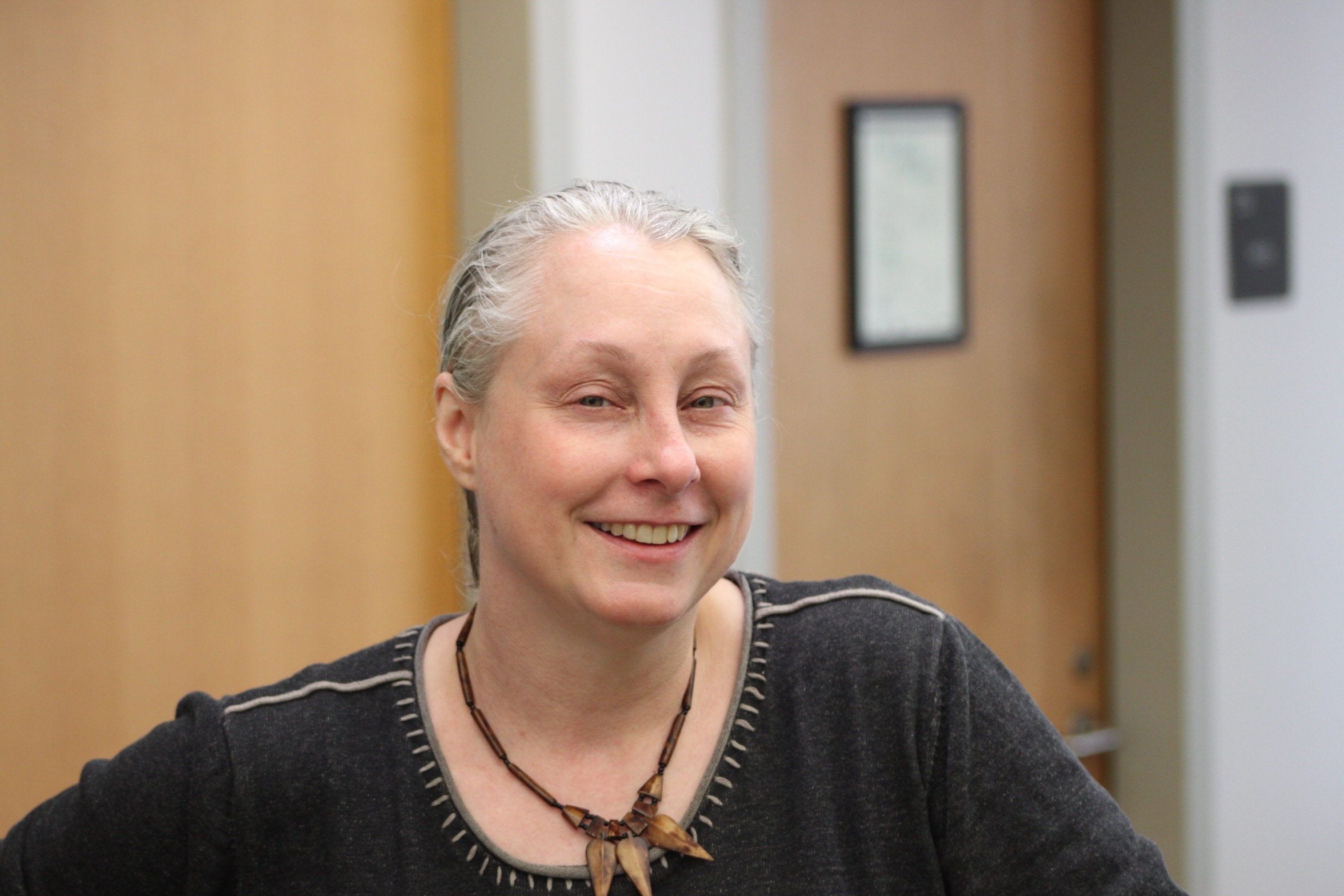 Dr. K. Molly O’Donnell is a modern German historian with broad teaching areas in European social history, women’s history, and the history of imperialism. Her courses train students to trace their family histories, research the everyday lives of ordinary people in the past, use role-playing, literature, and information technology to examine the past, and explore the intersections of class, race, and gender. Her research explores the impacts of German women’s colonization in Southwest Africa through the Nazi era, particularly on interracial rumors, gossip, and violence. 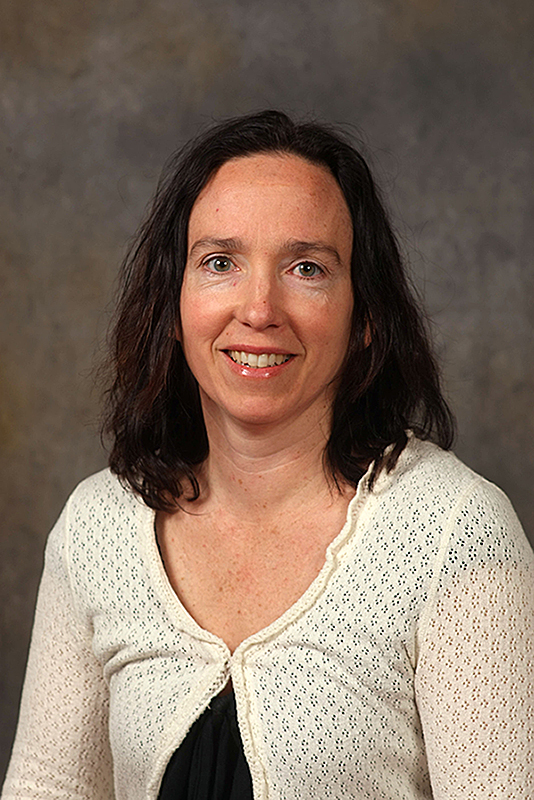