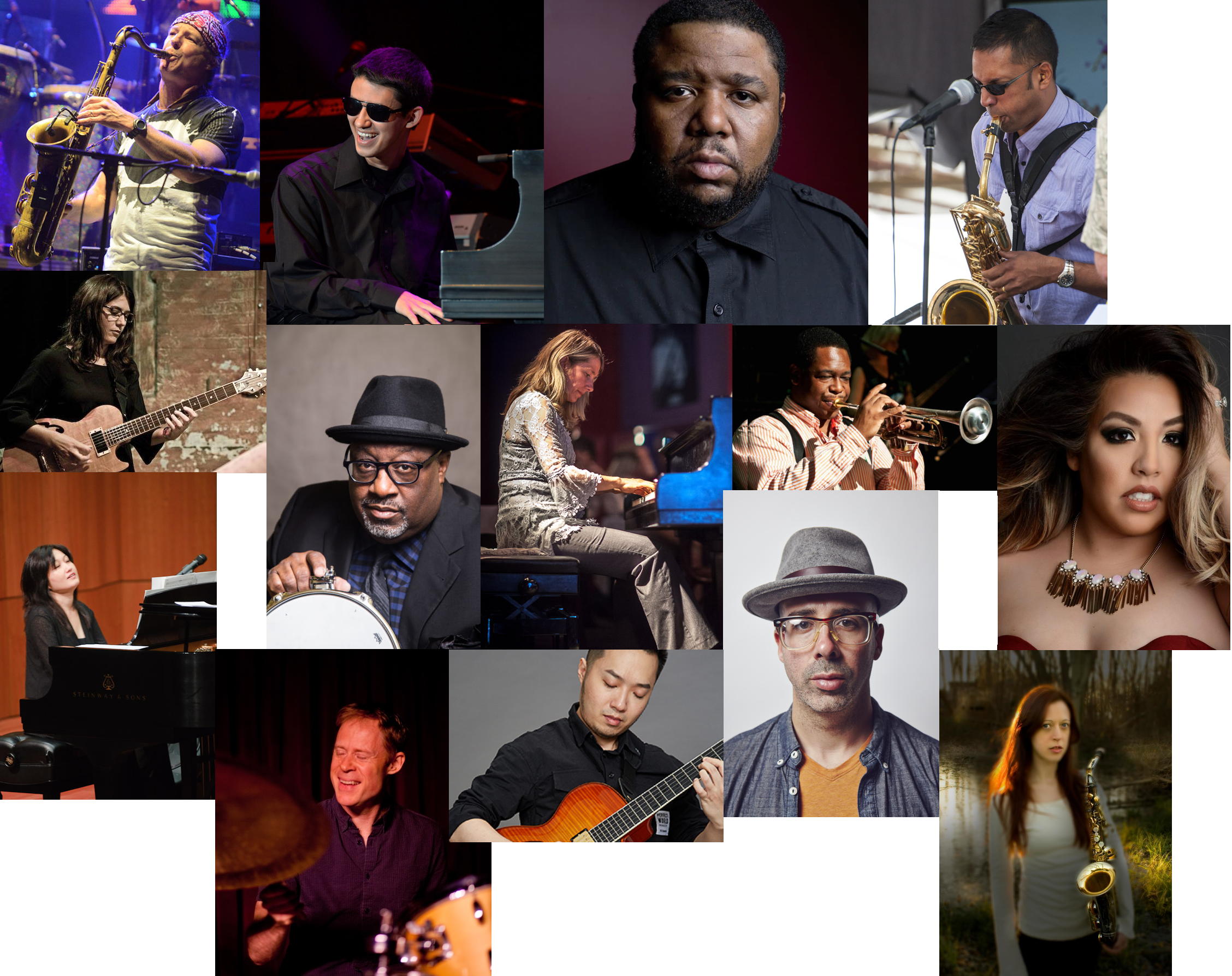 An article about our Jazz Alumni (.pdf)

Marlin Bonds – seven years as faculty in Princeton Regional Schools, now in Los Angeles as successful songwriter/producer. His hit song "Money in the Bank" for recording artist/producer Swizz Beatz went to #21 on Billboard charts; also establishing reputation as hook-writer, horn section writer after writing and producing the tracks "Big Girls" for Bow-Wow and "Birthday" for Twista.

Alexis Cole (vocalist) vocalist with the US Army Jazz Knights stationed at West Point. She has toured worldwide, and was winner of the 2008 JazzMobile Vocal Competition.

Wayne Goodman (‘93) – with Wynton Marsalis and the Lincoln Center Jazz Orchestra, including tours, television and recordings of the Pulitzer Prize-winning oratorio “Blood on the Fields”

Tomoko Ohno (‘93) – currently featured with her own trio, as well as with the Diva Big Band and Quartet, the Harlem Spiritual Ensemble and Spirit of Life Ensemble. She has released three CDs on the Japan-based Tokuma label.