Implementation Plan Teams were created for each goal and subgoal (as appropriate). Minutes were recorded for each team.

A review committee, Committee 2022 was appointed by the president on November 6, 2012 to conduct a yearly review of progress toward goals, and to generate a progress report for dissemination to the campus community. Minutes were recorded for each meeting.

Updates were distributed to the campus community between February 2012 and Summer 2013 from President Waldron about the process used to construct the plan, and then periodic updates on the first stages of implementation.

Development of the Strategic Plan: Meetings and materials from March 2011-March 2012

Chronology reflects minutes from campus-wide meetings to discuss the drafts of the Strategic Plan.

Resources is a list of University documents used in the development of the Strategic Plan.

College of Science and Health

School of Continuing and Professional Education 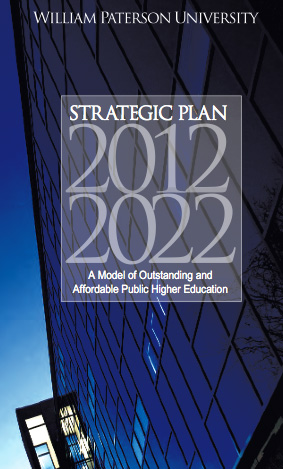