By L. Frank Baum
With Music and Lyrics by Harold Arlen and E. Y. Harburg
Background Music by Herbert Stothart
Dance and Vocal Arrangements by Peter Howard
Orchestration by Larry Wilcox
Adapted by John Kane for the Royal Shakespeare Company
Based upon the Classic Motion Picture owned by Turner Entertainment Co.
and distributed in all media by Warner Bros.
Adaptation and support materials for the Young Performers' Edition
Developed by iTheatrics Under the supervision of Timothy Allen McDonald
Directed and choreographed by Clint Hromsco

A one-hour adaptation of The Wizard of Oz, the classic tale that has been entertaining audiences for ages, featuring a cast of 6 actors, the Munchkins as puppets, one flying monkey and a funny witch. Perfect for audiences 2-7 years old. Rediscover the joy of following the yellow brick road with Dorothy, the Scarecrow, the Tinman, and the Cowardly Lion as they travel through a reimagined world of Oz. Originally adapted, designed and directed for Vital Theatre Company by Michael Schloegl.

Vital Theatre Company is dedicated to producing entertaining and educational theatre for young audiences. Located in New York City, Vital Theatre Company commissions three to five new musicals for children each season. Since its founding in 1999, Vital Theatre Company has been honored with the Off-Broadway Alliance Award for Best Family Musical, two Awards for Excellence by the Off-Off Broadway Review, and has received high acclaim from audiences and critics alike for being "a wonderful place for parents to introduce their kids to the glories of live theatre, done well and at modest prices" (Off-Off Broadway Review). Now entering its 20th anniversary season, the company has presented over 75 original productions for over 300,000 children and their families. 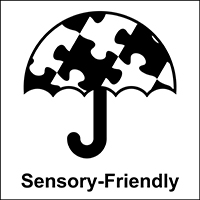