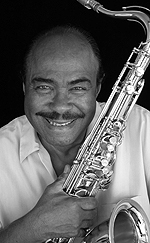 The Klezmatics and Joshua Nelson usher in the holiday season at William Paterson University in Wayne on December 1, kicking off a month of performances featuring jazz, folk, and classical music along with comedy and musicals. For additional information or to purchase tickets for any or all events listed, please contact William Paterson University’s Shea Center Box Office at boxoffice@wpunj.edu, call 973.720.2371 or visit www.wp-presents.org <http://www.wp-presents.org> .

Klezmer superstars The Klezmatics and African-American Jewish gospel singer Joshua Nelson are teaming up to create a live performance that alternates between age-old Hebrew songs, Nelson’s own brand of Kosher gospel, and traditional Yiddish Klezmatics anthems. The performance is Saturday, December 1, at 8 p.m. at William Paterson University’s Shea Center for Performing Arts.

Staged readings of the three finalists from the ninth annual New Jersey Playwrights Competition—Musical Series will be performed December 4 – 6 at 8 p.m. in the Hunziker Black Box Theatre on campus. Admission is free. The schedule is “Lovers,” book, lyrics and music by Christopher Massimine, on December 4; “Mother Eve’s Secret Garden of Sensual Sisterhood,” book by Uma Incrocci, Erica Jensen and Kirk McGee, lyrics by Uma Incrocci, music by Christian Pederson on December 5; “Vaudeville Reunion,” music and lyrics by John and Tony Tomaine and book by Tony Tomaine, on December 6.

The William Paterson Symphony Orchestra and University Choir and Chamber Singers are scheduled to perform on Tuesday, December 4, at 8 p.m. in the University’s Shea Center for Performing Arts. The concert, which will include Mozart’s “Requiem,” is free with a $5 suggested donation.

Jazz legend Benny Golson will perform on Friday, December 7, at 8 p.m. in the Shea Center as part of the Jazz Room Series. Jazz aficionados know Golson’s long career as saxophonist with Art Blakey and the Jazz Messengers, The Jazztet, Dizzy Gillespie, and his own bands. The concert will also feature the William Paterson Jazz Orchestra performing arrangements of Golson’s compositions. Admission is $15 general; $12 senior citizens, William Paterson faculty, staff and alumni; and $8 for non-William Paterson students. William Paterson students may attend free of charge.

Legendary songwriter Jimmy Webb will perform on Saturday, December 15, at 8 p.m. in Shea Center. Webb has written a number of platinum-selling songs, such as “Up, Up and Away,” “By the Time I Get to Phoenix,” “Wichita Linemen,” “McArthur Park,” and more. Elvis Presley, Barbra Streisand, Art Garfunkel, Frank Sinatra, and Donna Summer, among many others, have performed his songs. Admission is $30 gold circle, $25 rear orchestra and $20 loge. Discounts apply for students, senior citizens and William Paterson alumni, faculty and staff. Group rates are also available.

Three comedy shows will provide relief from the stress-filled season. William Paterson students are featured in the Comedy Improv Show on Wednesday, December 5 at 8 p.m., and a Sketch Comedy Show on Friday, December 14 at 8 p.m., both in Hobart Hall’s Martini Teleconference Room on campus. Admission is free for both events. The final exam for students in a comedy class will be a Stand-Up Comedy Show on December 15 at 8 p.m. at the Gotham Comedy Club in Manhattan. Please call the Gotham Comedy Club at 212.367.9000 for reservations.

“’Twas the Night before Christmas” will be presented by Theatre IV, a division of Virginia Repertory Theatre and touring children’s theatre, on Sunday, December 16, at 2 p.m. in the Shea Center. “’Twas the Night before Christmas” is inspired by the poem “A Visit from St. Nicholas” and includes music and lyrics by Bruce Craig Miller. Admission is $10. Group rates are also available. The performance is appropriate for grades kindergarten through fifth grade.

Classical music lovers can celebrate Beethoven’s 242nd birthday on Sunday, December 16 at 2 p.m. in Hobart Manor on campus. The birthday celebration for one of classical music’s most beloved composers will feature his music performed on the piano, cello and clarinet, including the Waldstein Piano Sonata. There will be refreshments and a toast to the legendary composer. Admission is $15 general and $13 senior citizens and students.