The 52nd Annual Grammy Awards on Sunday, January 31, were a proud moment for William Paterson University’s music program as three individuals connected to the program were among the nominees and award recipients. 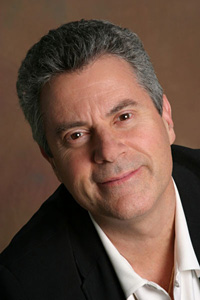 The 52nd Annual Grammy Awards on Sunday, January 31, were a proud moment for William Paterson University’s music program as three individuals connected to the program were among the nominees and award recipients.

Legendary jazz artist Clark Terry, permanent artist-in-residence in the University’s renowned Jazz Studies Program, received the Recording Academy’s Lifetime Achievement Award. Stephen Bryant, an internationally acclaimed bass-baritone and professor of music at William Paterson, was nominated for a 2010 Grammy Award in the Best Opera Recording category. In addition, producer Rob Fusari, a 2008 graduate of the University and one of the forces behind pop singer Lady Gaga, was nominated in the Album of the Year category as a producer on Lady Gaga’s smash hit, The Fame.

Terry, who is considered to be one of the leading masters of the jazz trumpet, has the distinction of having been a member of the orchestras of both Count Basie and Duke Ellington, each for a period of years. Additionally, he recorded with an array of groups including Gerry Mulligan Concert Jazz Band and the Quincy Jones Orchestra. He became the first African American musician to be a member of a network TV orchestra when he joined “The Tonight Show” orchestra, where he remained for 12 years; his well-known alter ego “Mumbles” became well known on these nightly TV appearances, and was first recorded on the highly successful recording Oscar Peterson Trio Plus One. After leaving NBC, Terry embarked on a busy solo career, touring and recording with his own groups and an array of jazz stars, including Oscar Peterson, Ella Fitzgerald, Thelonious Monk, Dizzy Gillespie and countless others. One of the founders of the jazz education movement, Terry today continues to perform, record and teach, including a position as permanent artist-in-residence at William Paterson, where he has created The Clark Terry Archive, which includes instruments, original manuscripts, recordings, awards, and memorabilia.

Bryant is a soloist on composer Tan Dun’s new recording of his 1996 opera, Marco Polo, which was nominated for Best Opera Recording. Nominations in this category are presented to the conductor, album producer(s) and principal soloists. Bryant is featured in the major role of Danté, which he created for the opera’s world premiere in 1996. This recording is based on a new production of the opera staged for De Nederlandse Opera in Amsterdam in 2008. Bryant’s distinguished career in concert and opera has taken him around the world, with acclaimed performances in the United States, Europe, the Middle East and Asia. He has sung with the New York City Opera, the San Francisco Opera, the Santa Fe Opera, the Indianapolis Opera, and other companies of renown. A member of the William Paterson faculty since 1989, Bryant serves as director of choral activities, directs the University’s concert Choir, and established its Opera Workshop program. He resides in Montclair.

Fusari, a songwriter and producer who has worked with a wide range of pop, rap, and R & B artists, was nominated as a producer on Lady Gaga’s debut album, The Fame, which is currently second on the Billboard 200 chart of the top-selling albums across all genres, ranked by sales data as compiled by Nielsen SoundScan. He also co-wrote the album’s hit single Paparazzi. Initially known for his work with Destiny’s Child, Fusari has since produced work for Will Smith, Whitney Houston, and Jessica Simpson, among others.

The recording industry’s most prestigious award, the Grammy is presented annually by The Recording Academy for recordings in more than 100 categories to honor excellence in the recording arts and sciences.