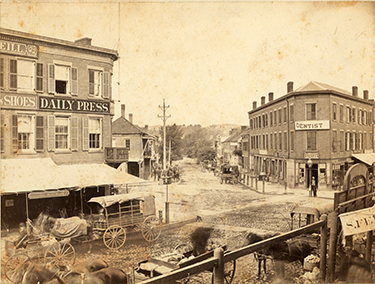 Paterson and Its People, a documentary about Paterson, NJ by William Paterson University sociology professor Vince Parrillo, has been selected for a screening at the Garden State Film Festival to be held from March 30 to April 2, 2017 in Atlantic City. Screenings will be held in various theaters and rooms at the Resorts Hotel and Casino. This is the third festival in which the film will be shown.

The documentary explores and celebrates the diversity of ethnic and racial groups that have populated Paterson, New Jersey’s third largest city. It begins thousands of years ago when native Lenape Indians populated the area and continues on through the early English and French immigrants to the more recent arrivals of Hispanic and Middle Eastern populations.

The film highlights some of Paterson’s famous residents and visitors, but focuses mainly on the ordinary people who lived and worked in the city and contributed to its social fabric. Through interviews, historic photos and on-location footage throughout the city, the story of Paterson’s evolution through demographic changes comes alive.

Parrillo served as author, narrator, and co-producer with Jaroslaw Ziaja as co-producer and editor. For more information, go to http://www.gsff.org.