Living Together: Nurturing Nature in the Built Environment 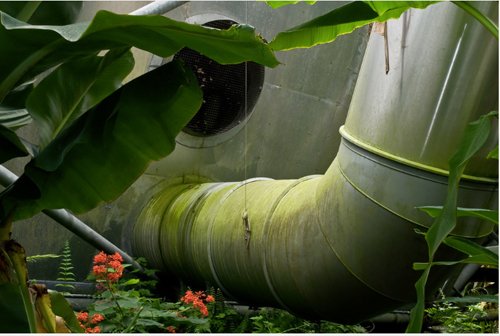 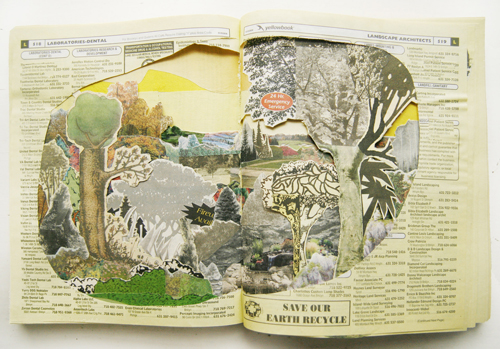 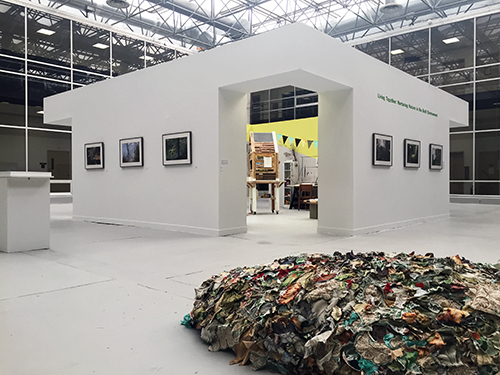 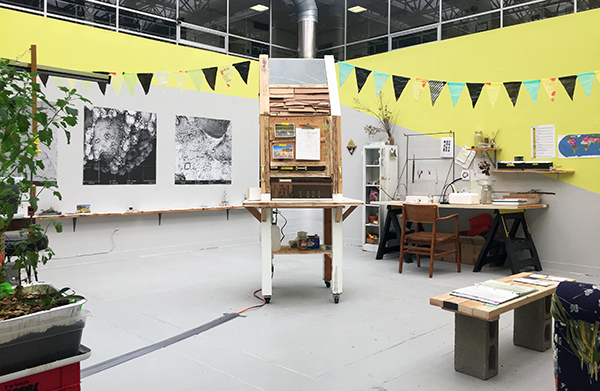 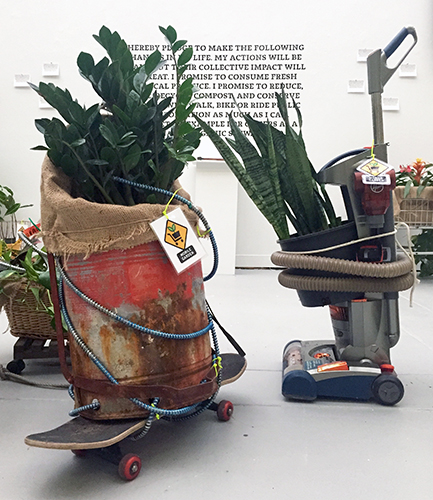 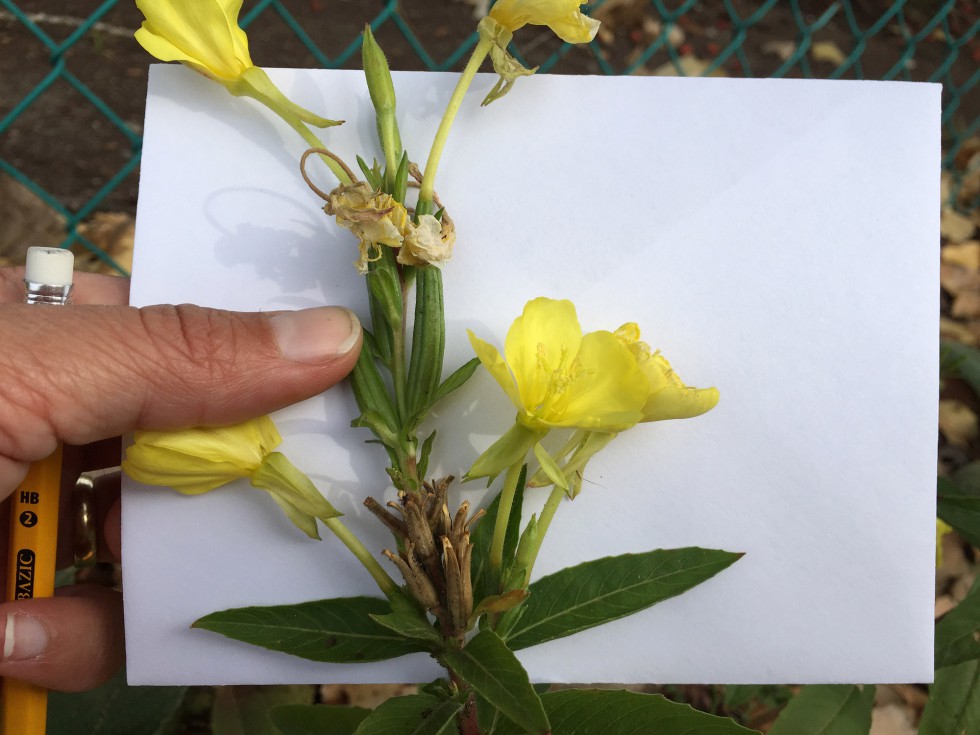 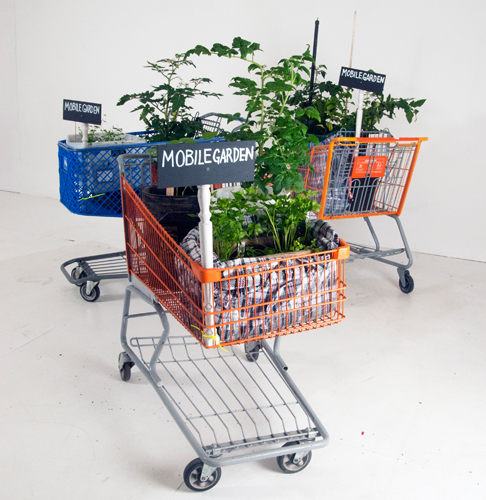 Addressing our complex, mediated, and often fraught relationship with the natural world, this exhibition features plants as well as photography, drawing, and collage.  The exhibition will take place in the Court Gallery, which was originally built in 1968 as an open-air courtyard for plants, and revisits the space’s unique history as a site for nature. Works by artists Anne Percoco, Ellie Irons, Tattfoo Tan, and Dana Fritz demonstrate different strategies for co-existing with nature. This exhibition is on view at the University Galleries from March 21 – May 13, 2016. Gallery hours are Monday through Friday from 10 a.m. to 5 p.m. and on April 10, April 17, and May 1 from noon to 4 p.m. Admission is free. An opening reception for the exhibition will be held on Sunday, April 10 from 2 to 4 p.m. Artists Ellie Irons and Anne Percoco will be giving a talk on Monday, April 18 from 2:15 to 3:15 p.m. in the Court Gallery.

Photographer Dana Fritz will present images from the series “Terraria Gigantica: The World Under Glass,” which documents enclosed environments where plants are grown amidst carefully constructed representations of the natural world. Fritz photographed the Henry Doorly Zoo (Omaha, Nebraska) and the Eden Project (Cornwall, UK), which support scientific observation and research and demonstrate our current and complex relationship with the natural world. Fritz’s images bear a striking resemblance to the architecture of the Court Gallery and resonate with its history as a space for nurturing the natural world.

Artists Ellie Irons and Anne Percoco present a collaborative project, Next Epoch Seed Bank, about studying and preserving invasive plants in Bushwick (Brooklyn) as well as on our University’s campus. The seed bank focuses on weedy species most likely to survive and thrive in landscape dominated by genetically modified organisms (GMOs). The installation will include a cabinet housing a library of seeds, an interactive shelf with magnifying boxes, a drying rack for sorting and cataloguing seeds, and maps and guides. Visitors will be invited to take samples of seeds and leave their own samples. In addition to their collaborative project, Irons and Percoco will also exhibit works on paper and video.

Tattfoo Tan engages diverse audiences to raise awareness about our relationship to plants and food. In the S.O.S. Mobile Garden, he will collaborate with students to convert strollers, shopping carts and other rolling devices into gardens, in order to make taking care, nurturing and protecting nature a part of everyday life. Visitors will be invited to sign the S.O.S. Pledge, which is an eco-conscious pledge distributed as a postcard. On Earth Day, a parade around campus with the mobile garden will be held to engage the students and raise the awareness of cultivating and consuming healthy food.

Dana Fritz was born in Kansas City, Missouri. She holds a B.F.A. in photography and video from the Kansas City Art Institute (1992) and an M.F.A. in intermedia from Arizona State University (1995). Fritz’s work has been exhibited in more than 60 venues in the last decade including the Center for Photography at Woodstock, New York; the Houston Center for Photography, Texas; Florida State University Museum of Fine Arts, Tallahassee, Florida; the Griffin Museum of Photography, Winchester, Massachusetts; and the Nelson-Atkins Museum of Art, Kansas City, Missouri; as well as Château de Villandry, France; Xi’an Jiaotong University Art Museum, China; and Toyota Municipal Museum of Art, Japan. Her work is held in several collections including the Nelson-Atkins Museum of Art, Kansas City; Museum of Contemporary Photography, Chicago, Illinois; New Mexico State University, Las Cruces; Scottsdale Museum of Contemporary Art, Arizona; Weeks Gallery Global Collection of Photography at Jamestown Community College, New York; and Bibliothèque Nationale de France, Paris. Fritz has been awarded artist residencies at Villa Montalvo in Saratoga, California; Château de Rochefort-en-Terre, Brittany, France; Biosphere 2, Oracle, Arizona; and PLAYA, Summer Lake, Oregon. She is a Professor in the Department of Art and Art History at the University of Nebraska, Lincoln where she teaches photography.

Tattfoo Tan is a Malaysian-born self-taught artist now living and working in Staten Island, New York. His work has been featured nationally at venues including NURTUREart, Brooklyn, New York; Parsons New School for Design, New York; Art in Odd Places, 14th Street, New York; and Artspace, New Haven, Connecticut. His solo exhibitions include Black Gold featured at the Bronx River Art Center, New York; Cuisine du Jour at the Lower East Side Tenement Museum, New York; and the SG Series at the Williamsburg Art and Historical Center, Brooklyn, New York. He was a recipient of a proclamation from The City of New York, and the Twenty-Eighth Annual Award for Excellence in Design by the Public Design Commission of the City of New York. Tan also serves on the Lower Manhattan Cultural Council, and the Mayor’s Citizens’ Advisory Committee.

The exhibition is one of three on view concurrently in the University Galleries. Marsha Goldberg: Smoke Rises, on view in the East Gallery, features intaglio, prints, graphite drawings, and oil paintings by the Grand Prize winner of the 2014 Ink, Press, Repeat exhibition, juried by Susan Tallman. Profiles of the Future—The Annual Student Art Association Exhibition, on view in the South Gallery, features work by William Paterson University art students in an exhibition co-organized by the University’s Department of Art and the Student Art Association.

This exhibition is made possible in part by funds from the New Jersey State Council on the Arts/Department of State, a partner agency of the National Endowment for the Arts. The William Paterson University Galleries are wheelchair-accessible. Large-print handouts are available. For accessible parking or other additional information, please call the Galleries at William Paterson University at 973-720-2654.