The World Through My Eyes: Celebrating the Legacy of Ben Shahn

In celebration of the University Galleries’ 40th anniversary, this exhibition commemorates Ben Shahn (1898-1969), who was perhaps the most important social-realist artist to have emerged in the early 1930s in the United States. Shahn is the namesake for our building, the Ben Shahn Center for the Visual Arts, and this exhibit will showcase works from WP’s art collection as well as loans from the public and private collections.  This exhibition is supported in part by a grant from the National Endowment for the Arts. 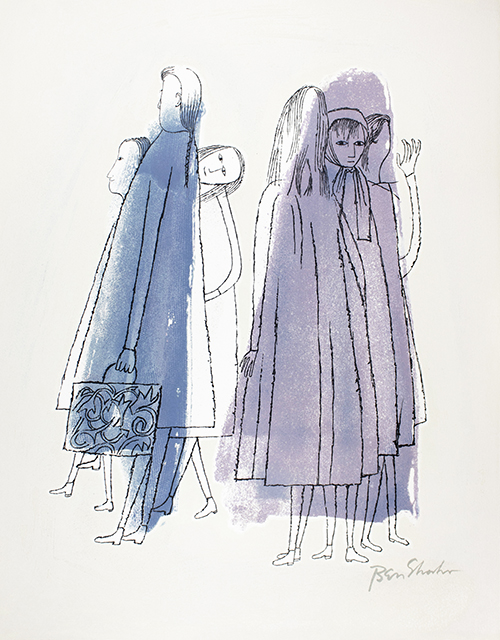 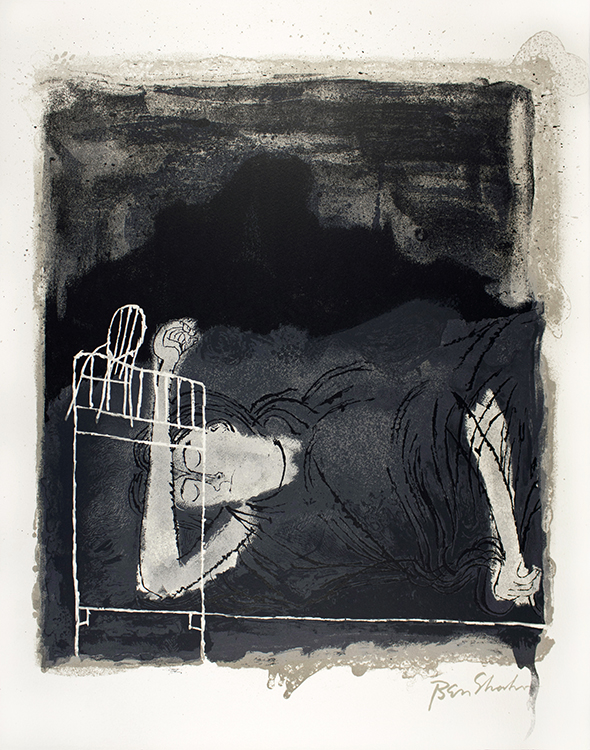 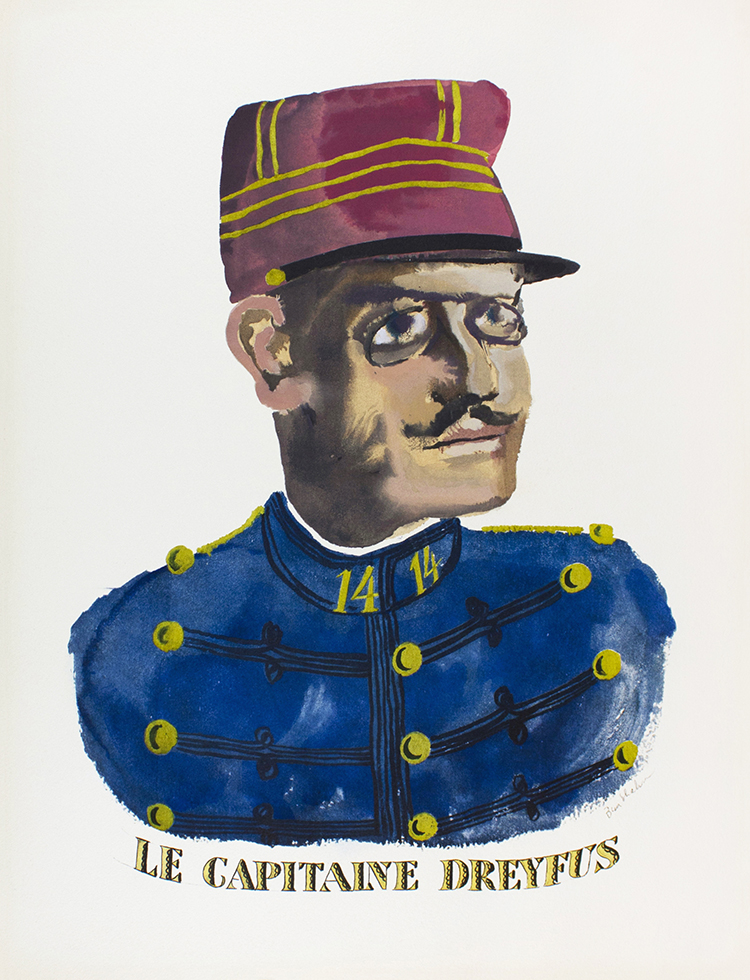 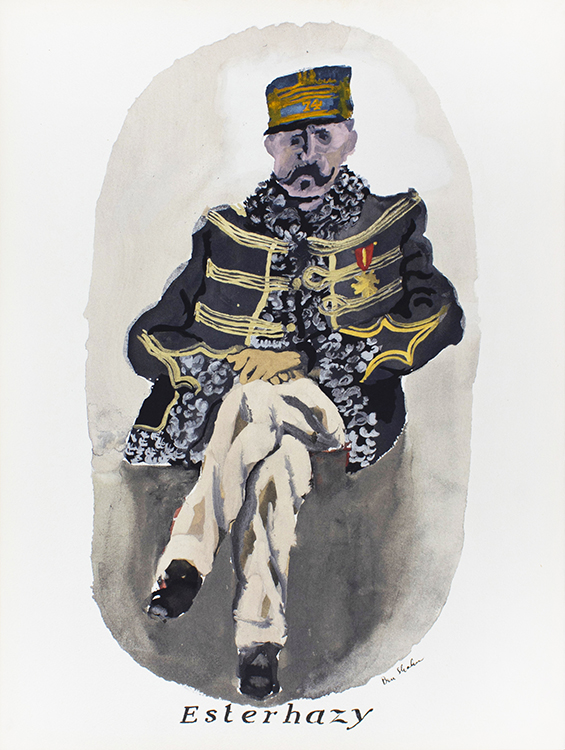 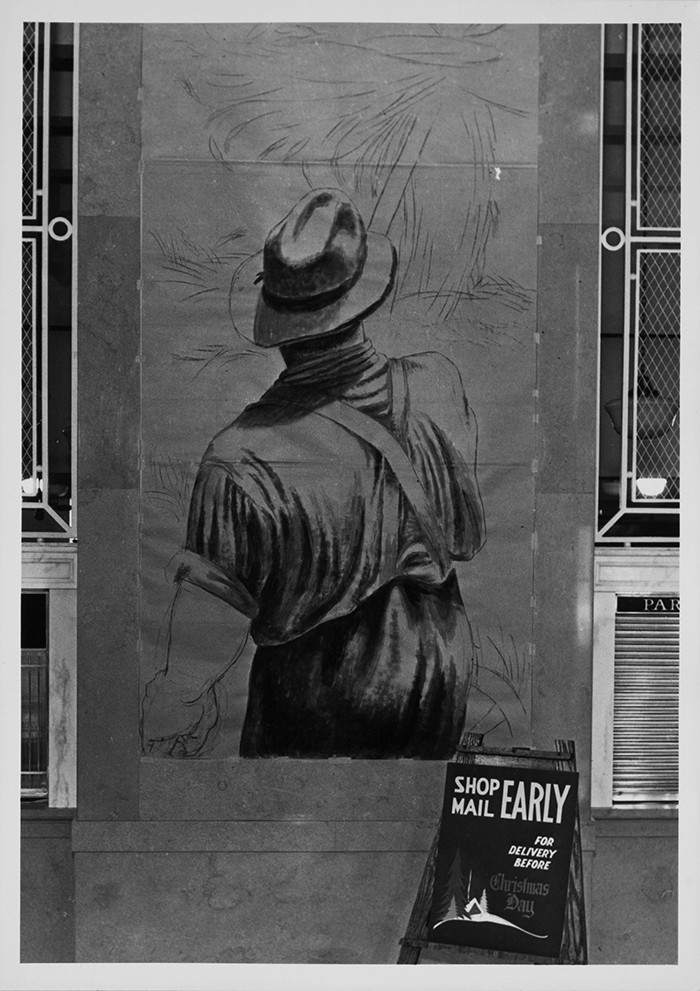 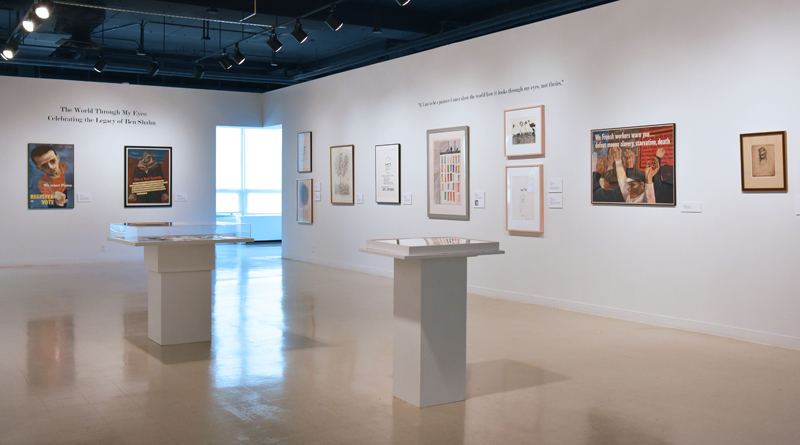 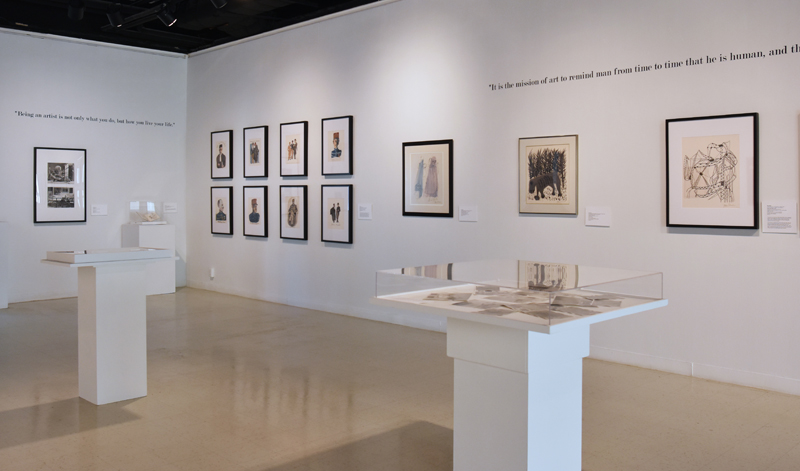 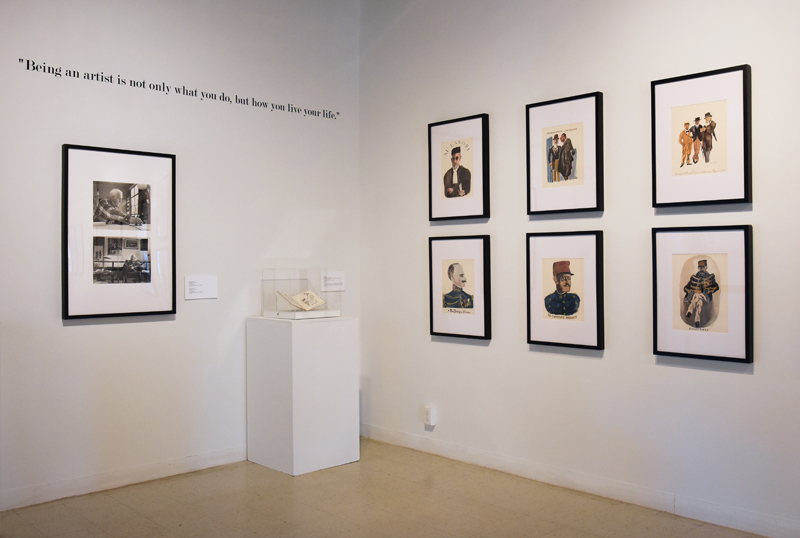 In celebration of the William Paterson University Galleries’ 40th anniversary, a selection of works on paper by Ben Shahn will be on display in the Ben Shahn Center for the Visual Arts at William Paterson University from September 9 to December 11, 2019. Gallery hours are Monday through Friday from 10 a.m. to 5 p.m., and on select Saturdays (September 28, October 12, November 16, and December 7) and Sundays (October 20 and November 24) from 10 a.m. to 1 p.m. Admission is free. Dr. Alejandro Anreus, a William Paterson professor of art, will present the lecture “Art and Politics: Notes on Ben Shahn” on Thursday, September 12 from 4 to 5 p.m. followed by the opening reception from 5 to 7 p.m. Dr. Diana L. Linden, an independent scholar and author, will present the lecture “Ben Shahn’s Murals for the Bronx Central Post Office” on Thursday, October 3 from 4 to 5 p.m. A screening of the documentary film Ben Shahn: Passion for Justice will be held on Tuesday, November 12 from 2 to 3 p.m.

The exhibition, The World Through My Eyes: Celebrating the Legacy of Ben Shahn, commemorates the 50th anniversary of Ben Shahn's passing and also the 40th anniversary of the University Galleries. Ben Shahn (1898-1969) was perhaps the most important social-realist artist to have emerged in the early 1930s in the United States. He is the namesake for William Paterson’s Ben Shahn Center for the Visual Arts and this exhibit will showcase Ben Shahn's works from the university’s art collection as well as loans from public and private collections. The exhibit will be accompanied by a catalogue with essays Dr. Alejandro Anreus and Dr. Diane Linden, both of whom are by Ben Shahn scholars.

Born in Lithuania, Shahn was a prolific painter, photographer, and printmaker who was committed to social justice. He first achieved fame with his series of paintings, The Passion of Sacco and Vanzetti. In 1933, Shahn assisted Mexican muralist Diego Rivera on the controversial, and ultimately destroyed, mural for New York City’s Rockefeller Center. Shahn went on to be a key New Deal muralist. The Farm Security Administration hired him to photograph rural poverty in the South and Midwest. Throughout his long career, Shahn agitated for social improvement, justice for immigrants, minorities, and refugees, and supported the labor movement; these issues remain relevant today.

William Paterson holds numerous works on paper by Shahn including an artist book, line etching, poster, and two print portfolios, For the Sake of A Single Verse (1968) and The Dreyfus Affair (1984). One of the collection’s highlights, This is Nazi Brutality (1942), raised awareness of the Germans’ destruction of a Czechoslovakian village. Published by the U.S. Office of War Information, its grim depiction of a hooded victim was considered so searing that an order for 40,000 copies was canceled. Most of the University’s holdings are from the last decade of the artist’s life; exceptions include an etching of a rabbi (c. 1922-1923). The collection also includes photographic portraits of the artist in his home/studio as well as 11 unpublished photographs that are rare documentation of the creation of Shahn’s mural, Resources of America (1938-1939) at the Bronx Central Post Office.

Loans from local public and private collections will facilitate the presentation of diverse media and the exploration of Shahn’s major themes. For example, the Newark Public Library’s and Passaic County Community College’s holdings reveal his heralding of prominent African American leaders in the wood engraving, Martin Luther King (1966), and silk-screen, Frederick Douglass (1965). Other significant loans include the watercolor painting, Paterson (1950), which depicts a factory scene. This artwork was given to the poet William Carlos Williams, who is well-known for his multi-volume poem about the city, published 1946 - 1958.

Anreus and Linden, both experts in the field, will research and interpret these artworks, contributing core scholarship to the catalogue. Together, this exhibition and publication will offer fresh insights on the socio-political themes of Shahn's artwork; topics of immigration, social justice, and workers' rights resonate with William Paterson’'s diverse student body and viewers today.

The exhibition is one of three on view concurrently in the University Galleries. In the Court Gallery, Lines Crossing: Contemporary Chinese Printmaking, is organized in collaboration with the University’s Center for Chinese Art and celebrates the Center’s 10th anniversary. In the East Gallery, Visiones Latinx: Selections from the Permanent Collection, showcases works on paper and artists’ books by artists of Argentinian, Brazilian, Chilean, Cuban, and Mexican heritage. 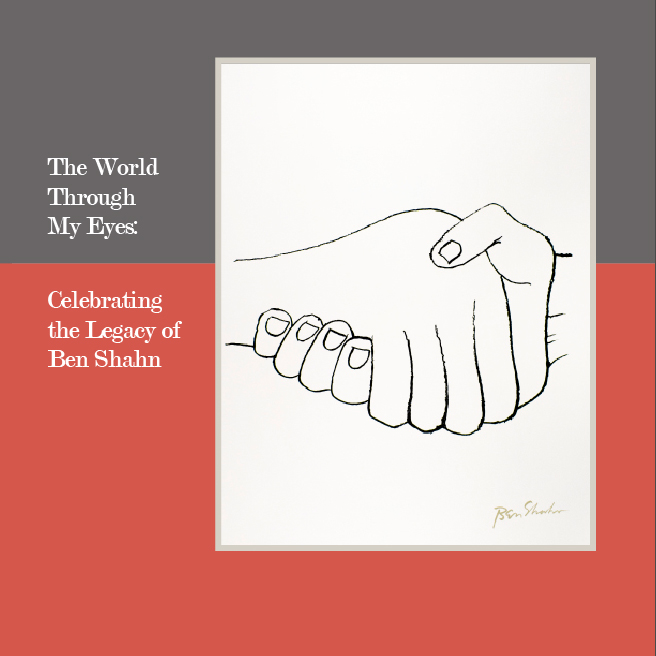 The World Through My Eyes:

Celebrating the Legacy of Ben Shahn

Exploring the Legacy of Ben Shahn

Please join us for a bus trip exploring the legacy of Ben Shahn. Our first stop is a guided tour of Ben Shahn's Jersey Homesteads mural at the Roosevelt public school. Next we will travel to Princeton for lunch and then visit the Morven Museum. At the museum, there will be a music performance by the Roosevelt String Band and a guided tour of the exhibition, Dreaming of Utopia: Roosevelt New Jersey, which explores the work of Ben Shahn and other artists from this community.