Glen Baldridge: All the Surveyors 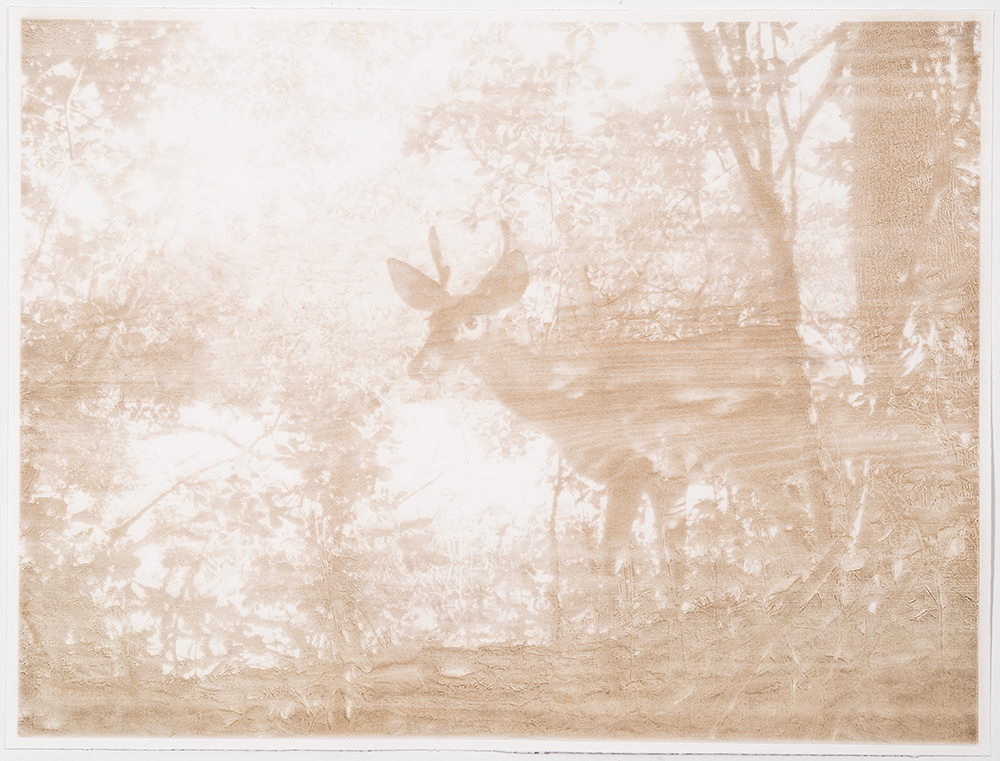 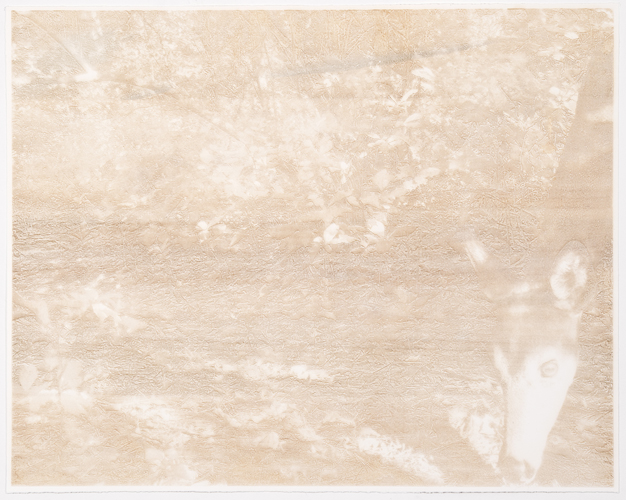 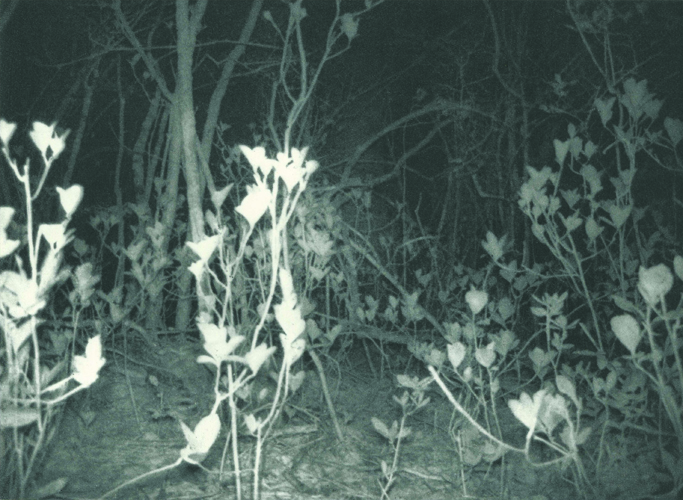 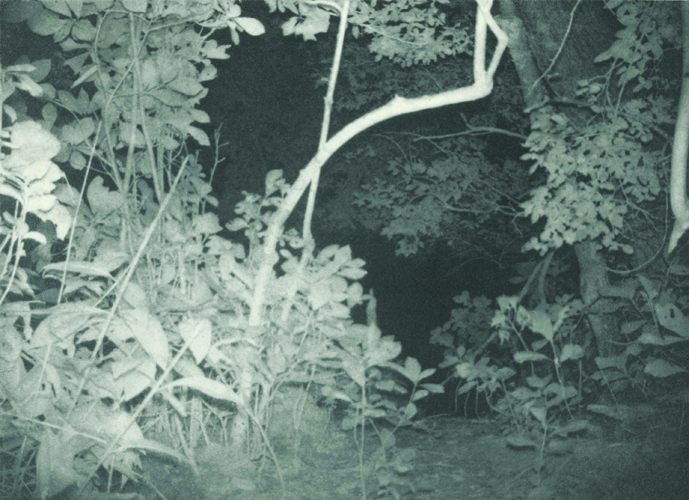 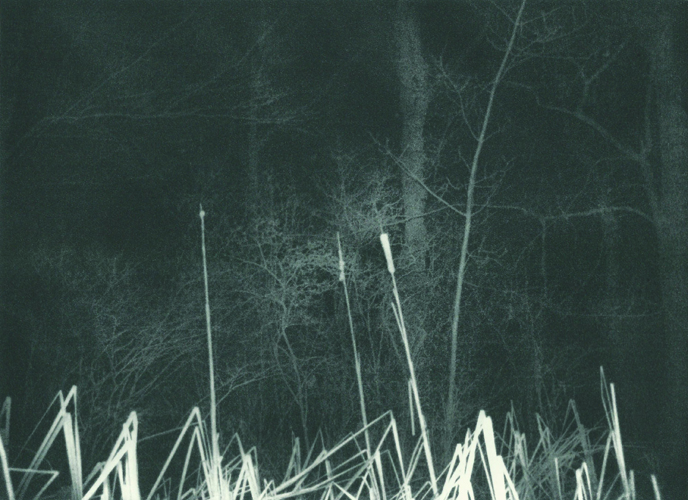 Brooklyn-based artist Glen Baldridge experiments with both traditional and technologically innovative approaches to photography and printmaking in a solo exhibition at the William Paterson University Galleries from April 2 through May 9, 2018. Gallery hours are Monday through Friday from 10 a.m. to 5 p.m. and by appointment. Admission is free. An opening reception for the exhibition will be held on Thursday, April 5 from 4 to 6 p.m. The artist will give a talk about his work on Monday, April 23 from 11:00 a.m. to noon in the South Gallery.

Inspired by his rural upbringing in Montana, Baldridge uses a hidden motion-activated hunting camera to capture his images. For his “Animal Selfies” series, the artist synthesizes printmaking and photography to create dreamlike sepia-toned images of fauna in the forest. These unique prints are called “pyrogravures.” In this innovative method, the charred residue of an image burned into wood is then transferred to paper, creating a print made only from carbon and burned resin.

In Baldridge’s “Modus Tollens (Woodwose)” series, the artist considers the more mysterious connotations of the woods at night. As Samantha Rippner, associate curator at the Met states, “The shadowy forest captured in the six photogravures…strikes at our greatest fears and anxieties. Serving as the backdrop for sinister acts in countless fairy tales and horror films, the woods represent the collective nightmare of our youth. Unlike landscape imagery which has traditionally…shown the sublime grandeur of the natural world, Baldridge’s images are presented close-up, tightly cropped and seemingly devoid of human life. They highlight the claustrophobia of the forest, a place where we are not safe, especially under the cover of night.” The artist has named the series, in part, for the fictitious creature or wild man of the woods, the Woodwose, according to a legend that spans more than 500 years. In doing so, viewers are left to ponder who or what has triggered the image, and the absence of this character in the image emphasizes the logic of modus tollens—if we don’t see it, does it exist?

Baldridge was selected to receive this one-person exhibition as the grand prize winner of the 2016 Ink, Press, Repeat: National Juried Printmaking and Book Art Exhibition, which presented works by professional printmakers and book artists. Held in fall 2016 at the William Paterson University Galleries, the exhibition was juried by Phil Sanders, founder/director of PS Marlowe, a creative services consultancy firm and publisher of fine art projects. He was formerly the director/master printer of the Robert Blackburn Printmaking Workshop in New York. Sanders selected Baldridge’s work from more than 400 works submitted by 147 artists.

The exhibition is one of three on view concurrently in the University Galleries. Alexander Campos, executive director and curator of the Center for Book Arts in New York juried a selection of works for Ink, Press, Repeat: National Juried Printmaking and Book Art Exhibition, on view in the South Gallery. Here/Now: A Juried Exhibition of Student Artwork, on view in the Court Gallery, features work by William Paterson University art students in an exhibition co-organized by the University’s Department of Art and the Student Art Association.

This exhibition is made possible in part by funds from the New Jersey State Council on the Arts/Department of State, a partner agency of the National Endowment for the Arts. The William Paterson University Galleries are wheelchair-accessible. Large-print handouts are available. For accessible parking or other additional information, please call the Galleries at William Paterson University at 973-720-2654.

View the video of the artist talk here