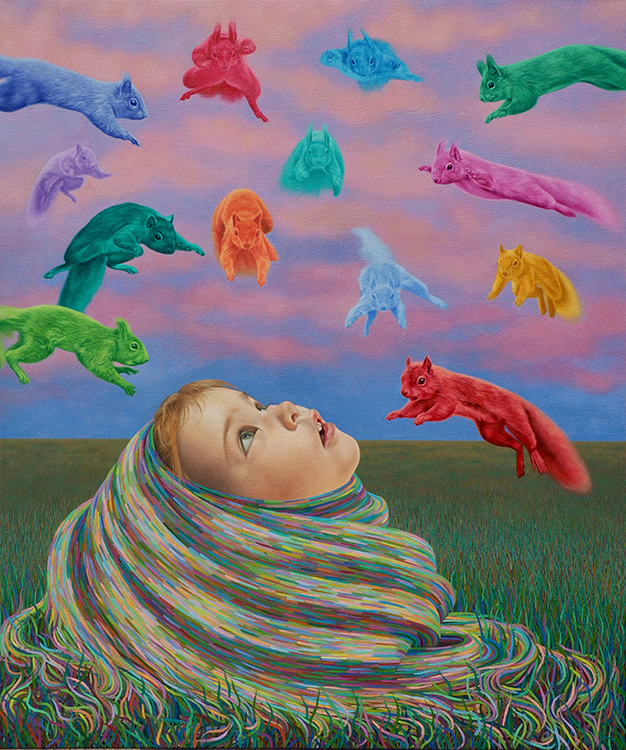 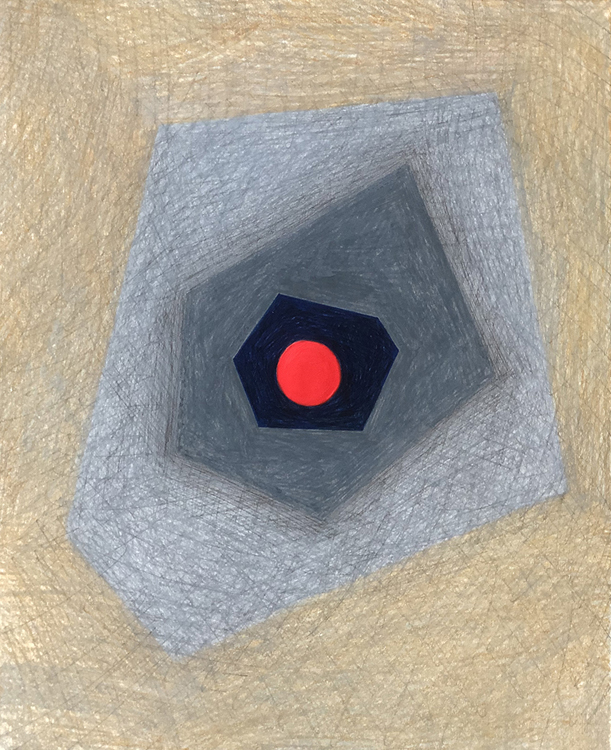 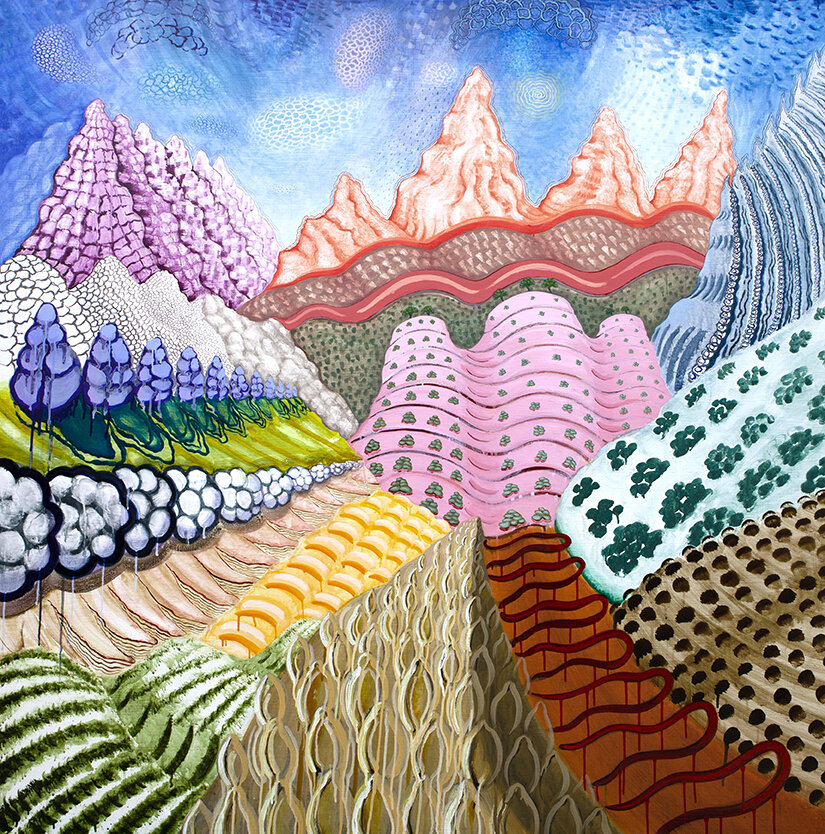 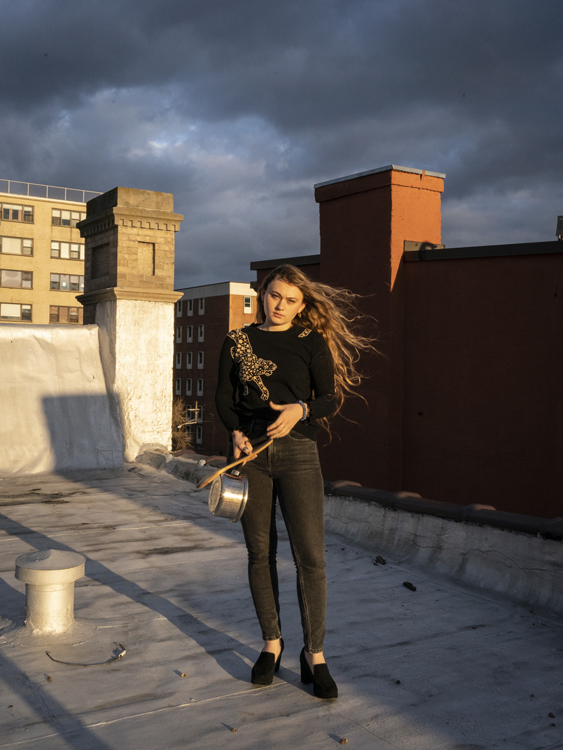 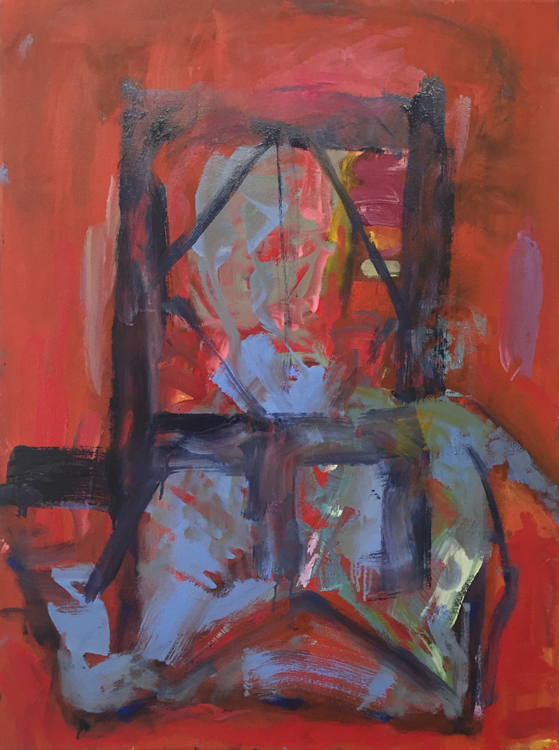 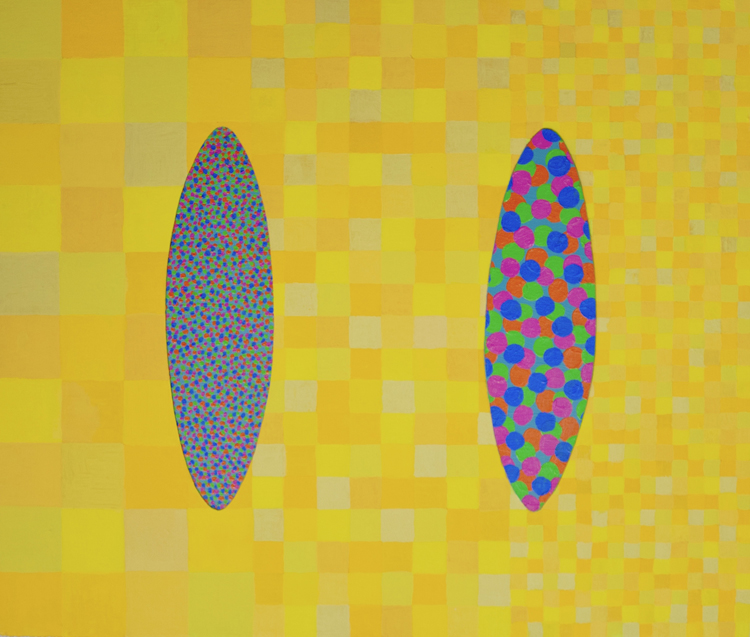 A selection of recent artworks created by 14 members of the art faculty at William Paterson University in Wayne will be featured in an online exhibition presented by the University Galleries from August 31 through November 13, 2020. William Paterson professors Rita Leduc, Lily Prince, Robin Schwartz, and Benjamin Weathers will speak during a virtual panel discussion on Wednesday, September 23 from 11 a.m. to noon.

Viewable on Omeka.net at http://bit.ly/FacultyExhibition2020_online on August 31, this exhibition features work by faculty who teach digital art, drawing, graphic design, sculpture, painting, photography, and printmaking. The more than 20 works in the exhibit reveal the faculty’s unique artistic practices as they innovate across diverse media.

Prior to quarantine, Professor Leslie Nobler was conducting research for a forthcoming work, Book of Heroines, which will feature 40 portraits of women who were uprooted during the Holocaust and restarted their lives successfully elsewhere. She often draws on themes of home and sense of place, as well as its loss, and has been tackling ideas of the displacement of refugees, migration, and homelessness in her work. Her art practice is largely inspired by her passion for social activism, as she works to shed light on those who have been ignored or marginalized throughout history, and gives voice to many untold stories. This particular show will feature two digital and fiber artworks by Nobler, Barrier II (2020) and Homes for Refugees (2020), the latter of which is accompanied by a video, Protect the Refugees from Disease (2020).

This year’s exhibit also features an acrylic painting titled American Beauty,17 (2020) by Professor Lily Prince. Her latest plein air drawing and painting series serves to remind viewers of all the beauty that still exists in our country, despite recent environmental and societal devastation. Prince’s artwork reveals how much untouched land and inspiring landscape abounds in the Southwest and Northwest, both regions where she has spent time recently creating her series. She credits the scientists and artists who devote their time to being in nature to record and reflect upon their experience, bringing attention to what is most important to our survival. Prince’s love of nature and passion for the beauty of specific terrains inspire her studio work, which she does in an 1850s barn near the Catskill Mountains in New York’s Hudson Valley. Prince was recently awarded the highly prestigious Pollock-Krasner grant for her lifelong commitment to and achievements in the field of painting. She has exhibited widely, both nationally and internationally, and has received numerous commissions that include the New York City Department of Cultural Affairs. Prince served as artist-in-residence at the Olana New York State Historic Site and has been awarded artist residencies at Draftsmen’s Congress at the New Museum, New York; BAU Institute, Italy; and Galerie Huit, Arles, France. Her work has appeared in The New York Times, New York magazine, The Brooklyn Rail, and New American Paintings, among numerous others.

Photographer Robin Schwartz recently documented Mother’s Day with her daughter, Amelia, during quarantine from her home in Hoboken, New Jersey for a National Geographic project, which highlighted the work of female photographers who are usually traveling on assignment and are instead working from home. She also depicted her quarantine experience in a photography assignment for WIRED Magazine. Photographs of Amelia from each project are featured in this exhibition and are exemplary of her work, as she often photographs her daughter with a menagerie of animals, such as in her fourth monograph, Amelia and the Animals, published by Aperture. Schwartz is a 2016 Guggenheim Fellow in photography with artwork in the collections of the Metropolitan Museum of Art; the Museum of Modern Art; the Smithsonian American Art Museum, San Francisco Museum of Art; and the Brooklyn Museum, among others. Her photographs have been published in the New York Times Magazine, Time Magazine LIGHTBOX, The New Yorker, Oprah, NPR, Fader, Slate, Stern, Telegraph UK, Guardian UK, Hyperallergic, and more.

The Faculty Exhibition is one of two shows presented by the University Galleries. In the South Gallery, The Weight of the Body: Selections from the Permanent Collection marks the centennial of the ratification of the 19th Amendment and showcases works by women artists who challenge traditional gender roles and societal norms while addressing the dialogues between issues of gender, race, sexuality, and class.