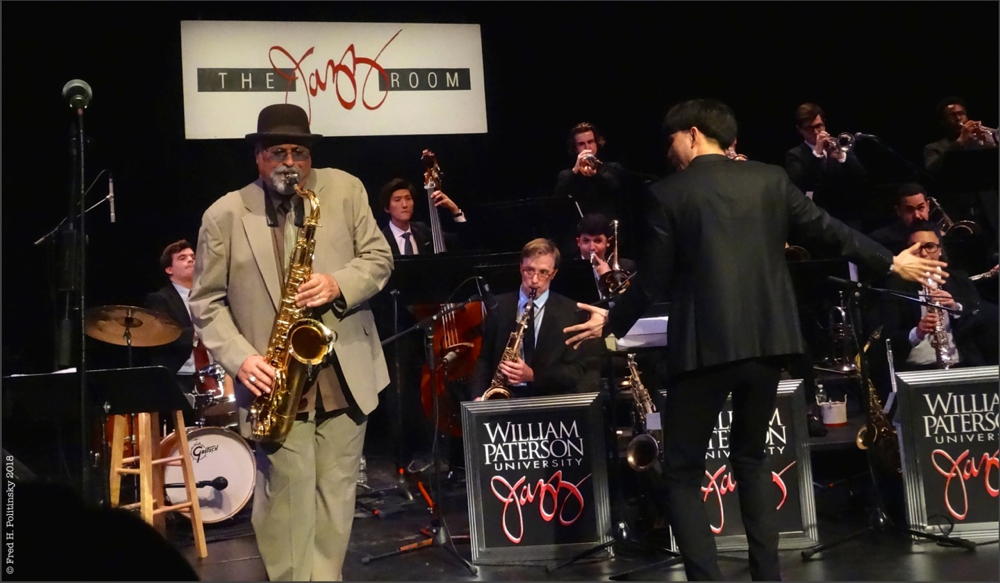 Inaugurated in 1978, the prestigious Jazz Room has emerged as the nation's longest-running campus-based jazz series, encompassing the complete spectrum of the genre.

Over the years, Jazz Room concerts have featured such distinguished performers as Joe Williams, Sonny Rollins, J.J. Johnson (in his final small-group concert appearance), Slide Hampton, Benny Golson, Kenny Burrell, John Scofield, Marian McPartland, Michael Brecker and Muhal Richard Abrams. The series also includes performances by large groups including the Vanguard Jazz Orchestra (in permanent residence at William Paterson) and has presented the bands of Mel Lewis and Toshiko Akiyoshi, along with smaller ensembles such as the New York String Trio and the Eliane Elias Trio.

Each Sunday, one of William Paterson University's 24 outstanding small jazz groups are featured prominently by opening the concert. The pre-concert "Sittin' In" meet-the-artist sessions have established their place as a special element of each Sunday's program where audiences can meet and speak with well-known artists in an intimate setting.

The Jazz Room has received grant support from the New Jersey State Council on the Arts/Department of State for over 22 consecutive years, as well as from the National Endowment for the Arts, and the Geraldine R. Dodge Foundation. The series has regularly been featured on national and metropolitan-area media, including recorded broadcasts. Veteran jazz critic George Kanzler writes, "The Jazz Room occupies a very special place in jazz in New Jersey...It is first and foremost a listening room, where you can hear jazz in optimum conditions. Even a casual jazz fan who attended Jazz Room events regularly could boast of having seen and heard many of the best jazz musicians of the time."