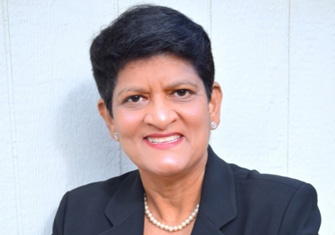 Lydia Albuquerque, assistant professor of nursing and alumna, DNP ‘18, has been named a 2022 American Academy of Nursing Fellow. She is one of 250 distinguished nurse leaders from across the U.S. and 17 other countries selected for the honor based on their outstanding contributions to nursing, health care, and advancing the public’s health.

“Induction into the Academy is a significant milestone in which past and current accomplishments are honored by their colleagues within and outside the profession,” states the American Academy of Nursing in its announcement.

Honorees will be inducted during an in-person ceremony at the academy’s annual policy conference on Saturday, October 29, 2022 in Washington, DC.

Albuquerque has won numerous awards and grants for her work as a nurse and academic researcher. She has made important contributions to improving health outcomes among women who are at high risk for heart disease and has served in various roles in the American Association of Heart Failure Nurses.

Currently, she serves as the president of the National Association of Indian Nurses of America (NAINA). In this role, she has demonstrated a commitment to public advocacy which is reflected in her allegiance to her roots.