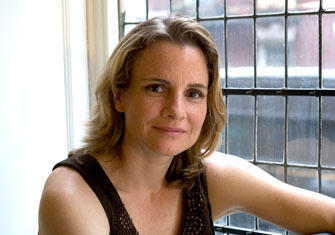 William Paterson University Professor of English Martha Witt has been awarded a Fulbright Scholar Fellowship that will bring her to Ilhéus, Brazil during the spring 2023 semester.

Witt’s main project in Brazil will be to complete a draft of a novel titled The Truth Lies Between, which is partly set in Ilhéus and based on her mother-in-law’s life. The novel tells the story of Celia Albini, whose poverty-stricken family marries her off, at age 18, to a middle-aged man who emigrated to Brazil from her hometown in Italy.

Professor Witt will also collaborate with an English professor at the Universidade Estadual de Santa Cruz (UESC), located in Ilhéus, to translate select poems by Lívia Natália—an African-Brazilian writer whose poetry protesting police violence made headlines last year when it was vetoed by the local government. Witt, who speaks French, Italian and Portuguese, has previously translated plays and novels originally written in Italian and French. A project in Portuguese, she says, will challenge her in new ways.

“I hope, also, to be able to offer students in my courses at WP a larger sampling of literature from Latin America, and I will certainly be able to better contextualize that work,” Witt adds.

Moreover, she plans to integrate into her creative writing classes on campus an “exchange” workshop, wherein WP students will be paired with students at UESC. “Students will read each other’s creative writing and will offer each other commentary according to the peer-editing protocol which will, by that point, be familiar to students in both countries,” she explains.

Witt has previously received grants from the New York Times Foundation, the Spencer Foundation, and the Thomas J. Watson Foundation; in addition, she has held several residences in artist colonies nationally and internationally.