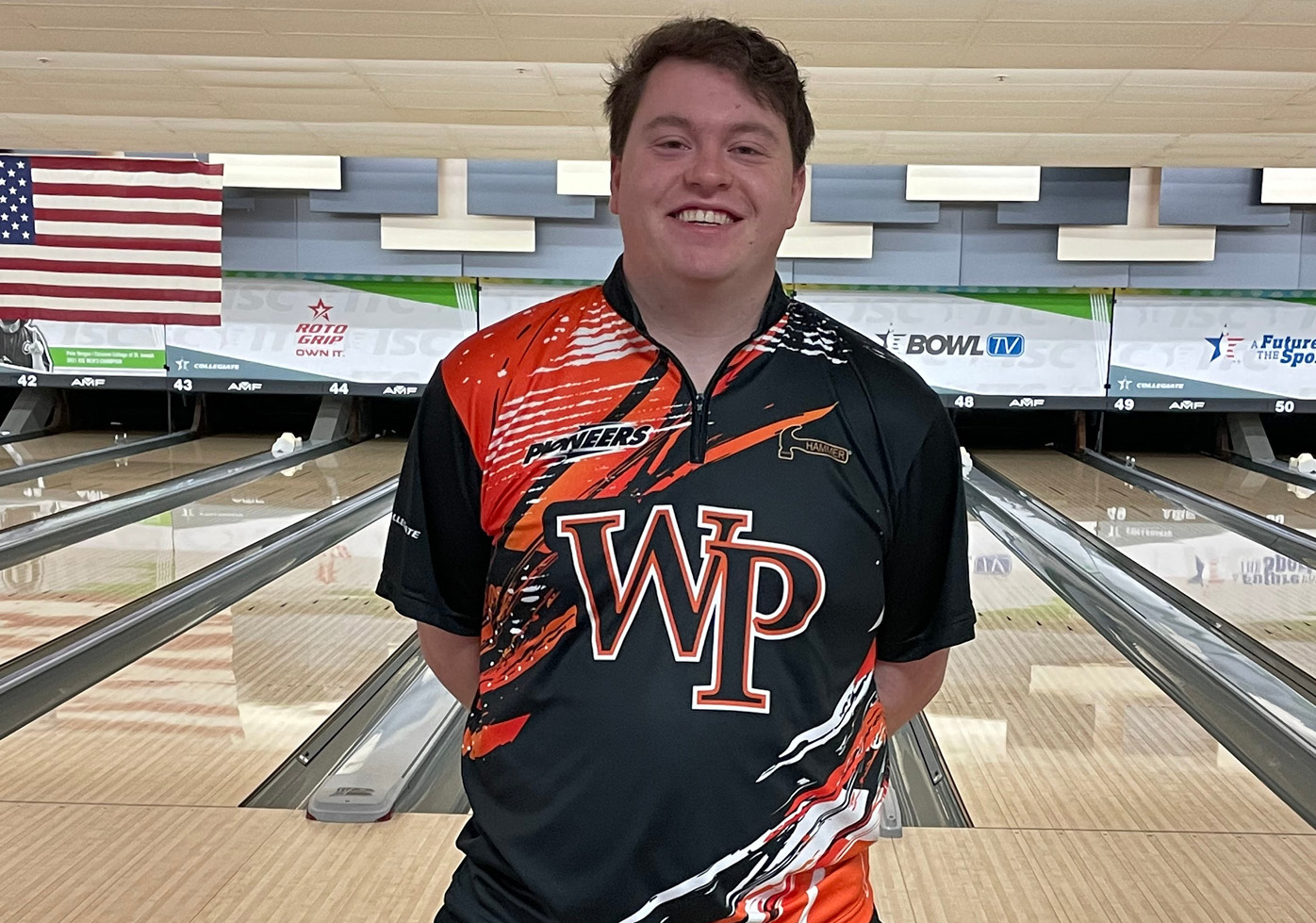 Fans can watch a recording of the competition scheduled to be broadcast on Tuesday, May 3rd at 8 p.m. on the CBS Sports Network.

Vallone came out on top after reaching the finals as one of the four top college bowlers from across the country to compete in the men’s division at the Stardust Bowl in Addison, Illinois.

“Vallone's first year of WP Bowling has been life-changing,” says Head Coach Greg Hatzisavvas. “He is one of the hardest workers on the team, and his and teammates and I couldn't be prouder.”

Vallone got hooked on bowling at 9 years old at a birthday party and hasn’t been off the lanes since. He made two all-tournament teams this season and contributed to many team wins. Moving into the post-season, Vallone placed second in Sectionals to qualify for the Intercollegiate Championships. At the Intercollegiate Championship, Vallone earned the No. 2 seed position in qualifying and then won his matches against bowlers from St. Ambrose University and then Weber International University to advance to the televised final four matches.

Vallone says that bowling has kept him humbled and taught him respect, confidence, belief in himself and skills that he plans to use to help support the next generation. “Choosing William Paterson has been the best decision of my life, both athletically and academically,”  he says.