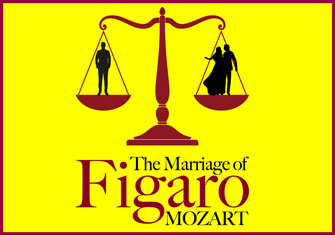 William Paterson University music students will present Le nozze di Figaro (The Marriage of Figaro), the beloved opera by Mozart, for two performances in Shea Center on campus on Friday, April 22 at 7 p.m. and Sunday, April 24, at 2 p.m.

Composed by Mozart in 1786—and considered one of the greatest operas ever written—this comedy opera probes the topics of inequality, power relationships, sexual misconduct, and forgiveness. The opera’s libretto, by Lorenzo Da Ponte and based on the banned 1788 stage comedy by the French playwright Pierre Beaumarchais, tells the story of how servants Figaro and Susanna succeed in getting married, foil the efforts of their philandering employer Count Almaviva to seduce Susanna, and teach him a lesson in fidelity. The opera is well-known for its vibrant opening overture, often played as a concert piece, as well as its soaring arias and duets.

WP’s production, with an all-student cast, will be performed with a full orchestra and historical costumes and will be sung in Italian with English supertitles.

"This opera production is a culmination of an entire year's work for the students,” says Christopher Herbert, vocal area coordinator and assistant professor of music, who serves as producer and stage director for the production. “Doing any piece of theatre is difficult, and the fact that the cast is performing in sung Italian, and doing an excellent job, is very impressive. I am extremely proud of this production and look forward to welcoming an audience to see it!"

Tickets are $15 for the general public and $10 for students and members of the WP community. For tickets, visit wp-presents.org, or contact the box office at 973.720.2371 or boxoffice@wpunj.edu.