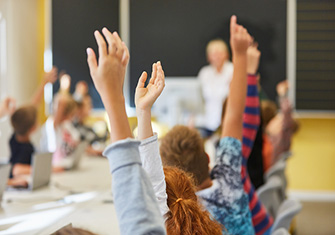 There is a hidden cost to free in-school breakfast programs that serve all children regardless of income: more students who are overweight, according to newly published research in the Economics of Education Review, led by William Paterson University business professor and health economist Rahi Abouk.

In the new study, Abouk, of William Paterson University, and Scott Adams, of the University of Wisconsin-Milwaukee, find an 11.6 percent increase in the rate of overweight children in kindergarten through fifth grade after their schools implemented the Breakfast After the Bell (BATB) program. Girls in a normal weight range, particularly Hispanic girls, become overweight at the highest rate; normal-weight children who are low-income or Black are also disproportionately affected, the researchers say. Affected children are by and large transitioning from normal-weight to overweight, the researchers note; however, they are not gaining enough weight to be classified as obese.

“As states increasingly adopt BATB programs across the nation, there are some concerns with the program that need to be addressed,” Abouk notes. “We should, at the very least, know that children becoming overweight is a possibility here. If policymakers don’t consider this, in the long run, we might have higher rate of young adults who are overweight or obese, which would have a huge impact on the overall economic cost of healthcare.”

About 20 percent of U.S. healthcare costs, according to Abouk, are being spent on the obese and overweight population who frequently develop associated health conditions such as Type 1 Diabetes and heart disease.

Historically, breakfast and lunch have been served in school cafeterias for free or at a reduced price to students whose household incomes are below certain thresholds of the Federal poverty line. As those students are required to arrive before school to eat breakfast, though, subsidized breakfast programs typically see half the rate of participation as their lunchtime counterparts, the researchers note. This has led to experimentation with BATB, wherein meals are served to all students, in the classroom, after the school day starts. Through this model, there is no stigma attached to being offered breakfast.

Currently, 11 states, the District of Columbia, and the very-large school districts of Dallas and Houston, Texas, have adopted the BATB program, requiring all public schools with high rates of students who qualify for free or reduce-price meals to participate. The threshold requiring a district’s BATB participation varies by state, with New Jersey, for one, requiring that at least 70 percent of students meet low-income requirements; other states, such as Massachusetts, set the bar at 60 percent.

In their study, Abouk and Adams examined early adopters of the program—those who enacted it between 2010 and 2016: Colorado, Nevada, New Mexico, West Virginia and the Dallas, Texas school district. Variations between the five locations, in terms of students’ weights pre- and post-BATB implementation, are negligible, according to Abouk. Previous studies on BATB, he notes, looked only at New York City schools and or took a randomized look at Philadelphia schools, respectively, making his and Adams’ wider study the first of its kind.

Whereas researchers in the early 2000’s pointed to issues with food quality in subsidized school meal programs, a follow-up study in 2010 showed an improvement, with healthier options being offered, Abouk and Adams note in their paper. “Therefore, if we seem to have been successful in addressing the quality of the food, the more likely scenario at play here is that hungry children are overeating or, for those that already receive breakfast at home: double-eating,” says Abouk, a professor in William Paterson University’s Cotsakos College of Business.

In terms of academics, the researchers found that BATB is associated with increased performance in math and science, but the results were not statistically significant overall—except among Hispanic students.

“Hispanic students are performing better academically after being offered breakfast in school, but the cost is that the girls are more likely to be overweight, which is alarming,” Abouk says. “Overweight children could turn into obese adults.”