Scholar Spotlight: Michael Gilmore Finds Confidence to Pursue His Passion Thanks to Scholarship at WP 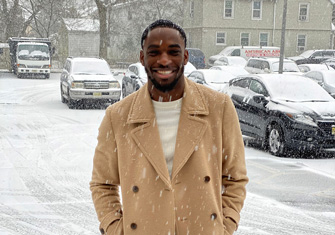 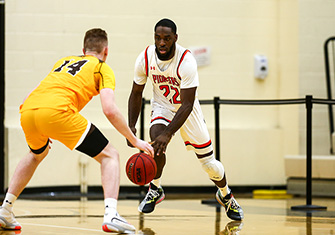 Michael Gilmore ’24, of Teaneck, New Jersey, hopes to diversify the world of classical music—starting with himself.

It’s a dream Gilmore was nervous to pursue until he received a very unexpected surprise: the support of a donor-funded William Paterson University scholarship.

Gilmore grew up playing the piano—at home, in school, and at church.

“Music was always on my mind. I had always wanted to play music, to do music, but I was hesitant to go to school for music until after I got to William Paterson,” he explains. He entered as a history major, and eventually—apprehensively—switched to music.

“The switch was a tough one for me. It was so different,” Gilmore says..

Then, he was selected as the recipient of the “Look Up and Smile Scholarship” through William Paterson University, established in memory of world-famous accordionist, teacher, composer, and arranger Charles Nunzio. It targets full-time undergraduate students majoring in music, with preference for accordionists or pianists, who demonstrate both musical achievement and academic achievement.

“It was so unexpected. Honestly, when I first received the email, I thought it was spam,” Gilmore says with a laugh. “Receiving this scholarship has motivated me in a very positive way to continue to do what I’m doing. The scholarship did a lot for my confidence to remain in the music major, do the best I can do, and graduate in four years.”

The once-nervous music performance major, who also plays on the William Paterson men’s basketball team, now feels at home in the music department, and at home with the idea of a future career in classical music. He plans to pursue a master’s degree in the field, hopes to play piano professionally in orchestras—“The Philharmonic would be amazing for me,” he adds—with the “be all, end all goal” of opening his music school.

One could say, perhaps, the scholarship at WP has made Gilmore “look up and smile”—just like its name.

“The phrase was advice my father gave to his students,” says Charlie Nunzio of the scholarship he created in memory of his father, noting how student accordionists tend to look down at their instruments' keyboard. “My dad loved teaching as much as performing. He generously gave his students more than just technique; he encouraged the art of performance.”

After attending many Jazz Room Series performances on campus, Charlie Nunzio says he “saw that William Paterson is a wonderful educational resource.”

Why should other people donate to fund scholarships at WP?

“You never know who you’re blessing,” Gilmore responds. “This scholarship has affected me in many ways.”