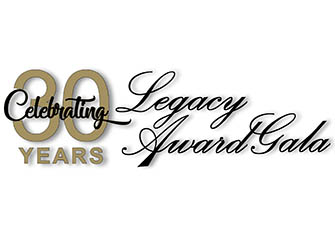 William Paterson University will hold its 30th Annual Legacy Award Gala livestreamed and virtual on Thursday, April 29, 2021 at 6:30 p.m. to celebrate the Year of Women with five distinguished honorees.

Sponsorships, ads, “tickets” to watch the event, and “tables” which also include ejournal ads and logo placement on the launch page, are still available. University faculty and staff are invited to purchase at a discount and will receive details via email.

A link will be sent to all registered attendees a few days prior to the event. The site will be open 15 minutes before the event and will remain open 15 minutes afterward, when sponsor’s ads will be playing on a loop.

As part of the virtual event, attendees will have a unique opportunity to directly interact with honorees, friends and associates in small groups.  Honoree Watch Party Rooms will be open so guests can chat with the honorees before and after the event. During the event, individuals can watch the event in real time in virtual rooms with the honorees and “chat” with them during the program. Event guests can go to multiple Watch Rooms or can watch from the main link.

The five honorees include:

“The Legacy Award Gala is a wonderful opportunity to celebrate those who support William Paterson through their work and their philanthropy,” says Richard J. Helldobler, University president. “Most importantly, all proceeds from the event directly benefit student scholarships. For most of our students, scholarship support is what allows them to enroll and ultimately graduate, so it makes a huge difference in their lives and the lives of their families and communities.”

“This year, the 30th anniversary of the annual Legacy Awards, we are celebrating the Year of Women, and that is why we chose these five extraordinary honorees—Lauren Locker ’79, Lourdes Cortez, Marilyn Taub, Sandra De Young, and Kathleen Waldron,” says Pamela Ferguson, vice president for institutional advancement. “All of these women are true leaders. And each one is lauded for making a positive and lasting impact on William Paterson. We thank them for their generosity, partnership and friendship.”

Lauren Locker earned a bachelor’s degree in business from William Paterson in 1979. After a variety of occupations that led to financial success, she became a certified financial planner and founded Locker Financial Services to help others understand financial concepts and build their own wealth. Twenty-eight years later, she has built Locker Financial Services into a company that services over 100 clients and has offices in two states. In 2012-13, she was elected as the National Chair of the National Association of Personal Financial Advisors (NAPFA), the country’s leading organization for fee-only planners. Over the years, she has become a recognized expert on personal financial planning and is a popular speaker at conferences and professional gatherings.

Lourdes Cortez has been a member of William Paterson University’s Board of Trustees since 2014. She is president and CEO of North Jersey Federal Credit Union since 2005. Under her leadership, membership has significantly increased and currently exceeds 24,000 with the institution holding assets of $220 million. Cortez is the recipient of numerous awards, including the NJ Biz “Top Fifty Business Women of New Jersey,” “Women of Vision Award” and the “Women Changing Paterson” award.  She was recognized as being the first Latina CEO of a credit union in New Jersey and saluted by Senator Nellie Pou during Women’s History Month. In May 2019 she received the Jefferson Award from the Office of the Governor of New Jersey for public service in the city of Paterson. She serves on the board of directors for the Boys and Girls Club of Paterson and Passaic.

Over the years, Sandra DeYoung has earned the respect of her peers and of students through her numerous professional accomplishments and by playing a major leadership role at the University. A professor of nursing, Sandra De Young joined the William Paterson faculty in 1985. She served as chair of the nursing department, associate dean, and dean of the College of Science and Health, retiring from that position in 2012. She returned to the University in 2018 as interim provost and vice president for academic affairs while a search for a new provost was conducted. She has played a major role in numerous University initiatives, including serving as chair of the Faculty Senate and coordinator of a campus-wide analysis of academic programs. She also initiated the Women in Science and Engineering (WISE) program at the University, which is designed to help women students overcome barriers to careers in the science professions.

Kathleen Waldron, president emerita of William Paterson University, served as president from 2010 to 2018. During her tenure, she guided development of the University’s Strategic Plan 2012-22, supported increased academic offerings, including William Paterson’s second doctoral program, the doctor of clinical psychology, and saw the University designated a Hispanic-serving institution. She oversaw an extensive building and renovation project that transformed academic facilities at the core of the campus, including University Hall and the science building. She led efforts to expand student opportunities beyond the classroom, including participation in civic engagement, undergraduate student research with faculty, and enhanced career development support, including establishment of the Pesce Family Mentoring Institute.

The gala is the Foundation’s largest event to raise funds to support the University’s mission of promoting student success and academic excellence through student scholarships.

Local guests who purchase a ticket for the event, which also includes ads and logo placement, have the option to take out a four-course meal and bottle of wine from The Grove in Verona, NJ. They will have the same non-deductible amount per person as they would if this was a live event. Individuals who do not live in the area will have the full amount of their “ticket” turned into a donation.

Tickets to “watch” the event begin at $425; “tables” of 10, which include ejournal ads and logo placement on the launch page, can be purchased for $5,000. The event begins at 6:30 p.m. but the site will open 15 minutes before and will remain open 15 minutes afterward. All sponsorships previously purchased in 2020 will be honored at this 2021 virtual event.

For reservations, contact the Office for Special Events at 973-720-2478 or visit wpunj.edu/legacy.