Nearly One-Third of Mass Shootings are Motivated by Grievances Against Women According to New Study by Professor Jason R. Silva 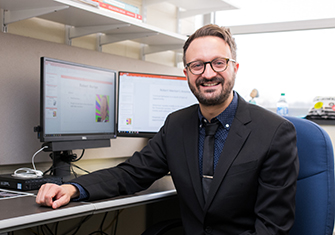 Nearly one third of all mass-shooting incidents in America from 1966 to 2018 were motivated by grievances against women according to new research published in Violence Against Women by Jason R. Silva, PhD, an assistant professor of sociology and criminal justice at William Paterson University in Wayne, NJ.

In this first study of its kind, Silva and three other researchers did a quantitative study of “gender-based mass shootings,” referring to attacks motivated by grievances against women, to examine the incidence rate, motivations, and characteristics of perpetrators. In general, the study also highlights the role of toxic masculinity and possible reasons why the majority of shooters are males.

Findings show that nearly 50 percent of these shootings were motivated by attacks against a specific woman who was targeted, such as a girlfriend, wife, or a woman who rejected the male shooter’s advances, before killing other individuals at random or for symbolic value. The second most common type, involved perpetrators with grievances against a specific woman, but whom they did not target.

“There has been a perception that mass shooters are only targeting random individuals in public places, and it can happen to anyone, anywhere,” says Silva. “However, many times, the perpetrators are beginning with a specific victim, and then ultimately they go on to kill other people.”

Gender-based shooters are also more likely to be married, engaged, separated, or divorced than other mass shooters, the study revealed. “That was another big finding,” says Silva. “We assumed that they were going to be more likely single, but that was not always the case. In fact, we found that they often had a relationship and sometimes that relationship was motivating their attack.”

Silva is an assistant professor in the Department of Sociology and Criminal Justice at William Paterson University. His research examines media and crime, mass shootings, school violence, and terrorism. He has been researching the topic of mass shootings for nearly five years.