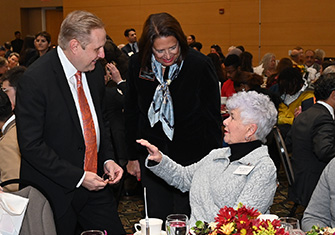 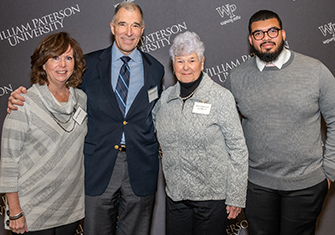 When William Casperson told his mother, alumna Mary Whitcroft Casperson ’54, ’78, that he planned to establish an endowed scholarship for William Paterson University in her name, she was both thrilled and honored.

William grew up in Wayne as one of three children. His mother, soon to be 88 years old, was an elementary school teacher and his late father was a fireman. While he attended Rutgers Newark, many of his friends attended William Paterson. One of his sisters, Patricia, also earned her bachelor’s degree at William Paterson and went on to obtain her law degree from the University of Pennsylvania.

“Being a teacher was all I ever wanted to be,” says Mary. She recalls “playing teacher” when she was a child and dragooning her younger brother to be her pupil. “I just think it’s one of the most rewarding professions and also one of the most necessary.”

Mary began attending Paterson State Teachers College when it was housed in the upper level of a Paterson elementary school, just a semester or two before the institution moved to Wayne. Upon graduation, she was hired for her first teaching job in Ridgewood, earning $3,400 a year. She went on to earn her master’s degree at William Paterson and later retired from a teaching position in Pequannock Township. 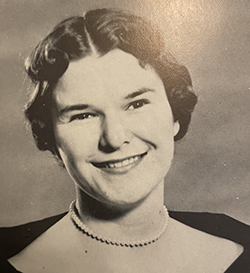 Last year, William, his wife Katie, and his mother attended the annual scholarship dinner at the University and met the first recipient of their scholarship, Eduardo Fernandez, a first-generation college student from Paterson who is majoring in history and secondary education. His goal is to earn his PhD and become a professor.

“I was very impressed by the recipient of the scholarship, whose goal is to become a history teacher,” says Mary. “History is one of my favorite subjects, and I was happy to hear that.”

“William Paterson serves a very important role in the community,” adds William. “I want to help students who struggle financially to attend school. I was in a fortunate enough position to give some money to William Paterson University, and I wanted to do it to honor my mom.”