Wartyna L. Davis Appointed Dean of the College of Humanities and Social Sciences 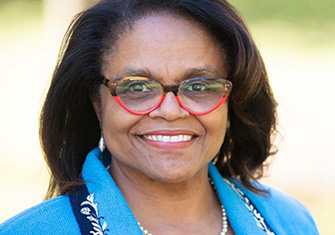 Wartyna L. Davis, PhD, has been appointed dean of the of the College of Humanities and Social Sciences at William Paterson University in Wayne.

Davis served as associate dean of the College from 2011 to 2019, when she was named interim dean. She joined the William Paterson community in 1998 as assistant professor of political science, and rose to earn the rank of full professor. During her tenure, she served for seven years as chair of the political science department.

“Dr. Davis has been an extraordinary leader not only within the College, but at the University,” says Joshua Powers, provost and senior vice president for academic affairs. “I’ve had the pleasure of knowing many deans in my career, and Dr. Davis possesses all the skills and experience to be among the very best.”

“I feel both fortunate and honored to be in the role of dean at this moment of change and opportunity,” says Davis.  “The College of Humanities and Social Sciences has incredible faculty and staff who care deeply about our students. I'm excited about what we will accomplish in the coming months and years.”

While serving as associate and interim dean, Davis established Contexts, the College’s annual multidisciplinary conference, now in its ninth year. She also developed a comprehensive career readiness program in collaboration with the Career Development Center, as well as other academic initiatives. She served on the University’s Faculty Senate for seven years, and spent four years as a member of the Senate Executive Committee.

In 2013, Davis decided to parlay her vast experience as an educator into public service and was elected to serve as councilwoman at-large for the Township of Bloomfield, New Jersey.