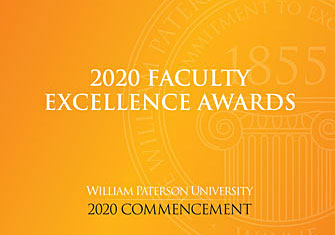 Nadine Aktan, professor of nursing, Bruce Diamond, professor of psychology, and Martin Becker, professor of environmental science, were recognized during the University’s Virtual Commencement Ceremony on May 26 as the recipients of the 2020 Faculty Excellence Awards.

“Congratulations to these extraordinary faculty leaders for their accomplishments, and for their commitment to these three important roles of faculty in higher education. You make us proud,” said Provost Powers in announcing the recipients. The awards were instituted in 2004 to recognize faculty achievement and contributions as the University celebrates the success of students at their graduation. 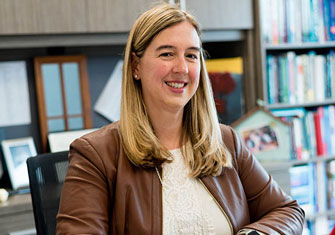 Since joining the nursing faculty 15 years ago, Aktan has made a profound contribution to curriculum initiatives, policy, and student success. During her six years as chair of the Department of Nursing, the University’s first doctoral program, the Doctor of Nursing Practice, was accredited; all nursing programs were reaccredited by the Commission on Collegiate Nursing Education for 10 years; and the first-time pass rate on the National Council Licensure Examination (NCLEX-RN) reached 100 percent.

In service to the University, Aktan has co-chaired the University Chairs’ Council, helping lead development of the first Handbook for Department Chairs, a collaborative effort between faculty, chairs, and administration. She represented the Department of Nursing on the College of Science and Health Dean’s Council from 2013 to 2019, served as chair of the University Promotion Committee, and has been a member of the Faculty Senate since 2012, including service as an at-large member of the Faculty Senate Executive Board. Aktan serves the nursing community as well with a leadership role in the Organization of Colleges of Nursing—New Jersey and as representative of William Paterson University on the March of Dimes Executive Leadership Team. She was a 2017 March of Dimes Nurse Educator of the Year Finalist. Her service to scholarship and student success shines in her work as peer reviewer for notable nursing journals and as a member of the editorial board of Clinical Nursing Science. She has chaired dozens of nursing doctoral dissertations and master’s thesis projects. 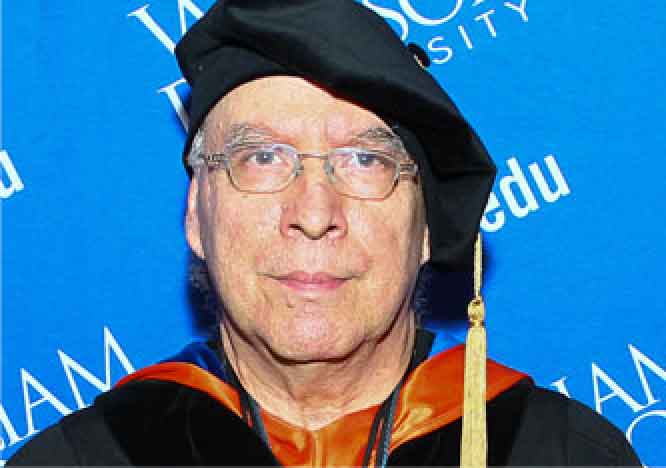 Diamond has amassed a prodigious record of scholarly work totaling 85 publications, 103 conference abstracts, and 47 presentations at regional, national, and international conferences. Students have co-authored with him as well on approximately 75 abstracts and publications. Diamond, who joined the faculty in 1999, played a pivotal role in development of the University’s Doctor of Psychology in Clinical Psychology program approved in 2014. His work focuses on neurologic and neurodevelopmental disorders, pharmacology, treatment, language, memory, information processing, depression, traumatic brain injury, multiple sclerosis, Alzheimer’s, alternative medicine, and stroke.

His book, The Inner World of Unaware Phenomena, is under contract for publication, and a second book invitation on the use of virtual reality in rehabilitation is pending. Diamond’s cutting-edge research involves development of computer programs designed to measure executive function, memory, and attention as well as the development of the ROEM protocol for assessing memory and for improving executive function in stroke and autism. His abstract involving the ROEM protocol was nominated for a Blue Ribbon Award in Neuropsychology at the 2020 American Psychological Association Conference. Professor Diamond’s publications have approximately 3,499 citations, helping earn him a Distinguished Researcher Award from the New Jersey Psychological Association. He also serves as an editorial board member of Archives in Clinical Neuropsychology and has received prestigious grants from the National Institute of Health, among others. Diamond serves as director of the Clinical Psychology and Neuropsychology Track in the University’s Honors College. 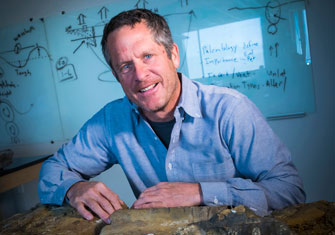 Becker has dedicated more than 30 years to ensuring that students learn about science in roles as both a high school science teacher and a college professor. Since coming to William Paterson in 2006, he has taught a variety of courses for his department and consistently receives excellent peer reviews and student evaluations at the highest ratings. He is a hands-on, research-focused professor, involving students in world-class research, getting students in the field to do geologic fieldwork, and sending students to regional and national scientific conferences. His research work with students has resulted in numerous publications and published abstracts with students as authors and co-authors. He has been awarded substantial funding to work with students and collaborators on science research through grants from the National Science Foundation and the American Chemical Society’s Undergraduate New Investigator program.

Becker is the kind of professor who works not only outside the classroom in important empirical and scholarly ways, but also beyond the classroom. One colleague said of him, “I recently walked into his classroom, 30 minutes after it ended, and found him helping a group of students put together resumes.” It is no surprise that he invites alumni to the Environmental Science Café that he runs monthly, where he encourages networking among current students and alumni to learn about job opportunities. A former student of his said, “Dr. Becker embodies the dedication, commitment, and drive that is Will. Power.”