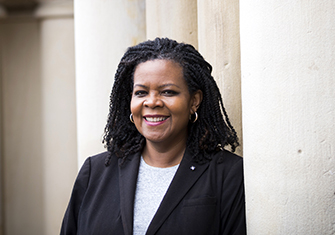 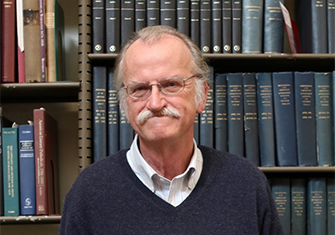 Annette Gordon-Reed, a Pulitzer Prize-winning author, and Peter Onuf, the Thomas Jefferson Foundation Professor Emeritus of History at the University of Virginia, will share their insights on Jefferson’s life and legacy for the 35th anniversary Abram Kartch/Thomas Jefferson lecture to be held at William Paterson University on Thursday, November 14, 2019. Nearly 200 students from area high schools are expected to attend.

Gordon-Reed and Onuf, both previous speakers in the series, will give a joint lecture titled, “Thomas Jefferson and American National Identity: A Dialogue.” The program runs from 11 a.m. to 12:15 p.m. in Ballroom C, University Commons on the campus in Wayne, NJ. A limited number of seats for the free program will be available to the public.

Gordon-Reed and Onuf are co-authors of the book, Most Blessed of the Patriarchs: Thomas Jefferson and the Empire of the Imagination (2016).

Gordon-Reed is a Pulitzer Prize-winning author and MacArthur “Genius” Fellowship recipient. She is currently the Charles Warren Professor of American Legal History at Harvard Law School and a professor of history in the faculty of arts and sciences at Harvard University. She won 16 book prizes, including the Pulitzer Prize in history in 2009  and the National Book Award in 2008, for The Hemingses of Monticello: An American Family (W.W. Norton, 2008). Her other works include Thomas Jefferson and Sally Hemings: An American Controversy (UVA Press, 1997), Vernon Can Read! A Memoir, a collaboration with Vernon Jordan (Public Affairs, 2001), and Race on Trial: Law and Justice in American History (Oxford University Press, 2002), a volume of essays that she edited.

Onuf is the Thomas Jefferson Foundation Professor Emeritus of History at the University of Virginia and senior research fellow at the Robert H. Smith International Center for Jefferson Studies (Monticello).  His work on Thomas Jefferson’s political thought, culminating in Jefferson’s Empire: The Language of American Nationhood (2000) and The Mind of Thomas Jefferson (2007), grows out of earlier studies on the history of American federalism, foreign policy, and political economy.

The Abram Kartch/Thomas Jefferson Lecture Series was established with an endowment from Abram Kartch, an attorney and Jefferson scholar. Each year, William Paterson University presents a lecture examining a particular aspect of the thought of this great American.

Now in its 35th year, this long-standing lecture series serves a vital role in fostering scholarly and community outreach.  In particular, it serves as an outreach program for local high school students, who are encouraged to attend and then participate in an essay contest based upon the lecture’s main themes.

For additional information about the event, contact Lucia McMahon, William Paterson University professor of history, at 973-720-3044 or mcmahonlu@wpunj.edu.