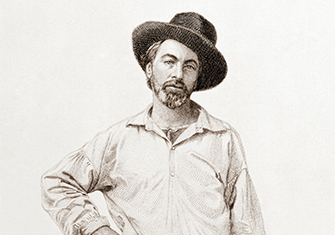 William Paterson University will present a concert version of a new musical theatre work, Whitman’s War, on September 6 at 5 p.m. and on September 6 and 7 at 7:30 p.m. in the Shea Center recital hall on campus in Wayne. Admission is free and the production is open to the public.

Whitman’s War, with book and music by Clint Edwards, tells the story of Walt Whitman, America’s first great poet who lived during the American Civil War. Whitman’s pre-war life centers around the Bohemian subculture of New York City when heated political times and gay love affairs fueled his revolutionary, controversial and initially failed book of poems, “Leaves of Grass.” The cataclysm of war ruptures his faith in America’s future and he moves to Washington, D.C. There, his intensely personal work as a war nurse and proximity to President Lincoln renewed his belief in America. Whitman’s last residence during his declining years and death was Camden, New Jersey.

Edwards made his debut at Carnegie Hall’s Weill Hall as pianist and composer performing the premiere of his original composition Requiem Prayers for soprano, piano, and cello. His works have been performed around the world, including many New York City locations. Recently, Edwards was invited to perform his canon of musical theater works at the West End Theatre in Manhattan, and “Hiraeth,” his new composition for soprano and string quartet, was commissioned and performed in Germany. [ClintEdwardsMusic.com]