A degree in music education, first offered during the 1961-62 academic year, is being celebrated for its 50th anniversary with three concerts 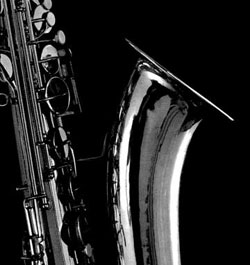 The University’s Department of Music, which first began offering a degree in music education during the 1961-62 academic year, kicked off its 50th anniversary celebration year with  concerts held as part of the Midday Artists Series on October 20 and October 27. A third concert will be held on November 3 at 12:30 p.m. in Shea Center for the Performing Arts on campus. The suggested donation is $5; students are free.

The concerts provide an opportunity for the department to showcase its alumni, says Carol Frierson-Campbell, professor of music and chair of the music department.  “I like to say that our music alumni are around the corner and around the world,” Frierson-Campbell adds. “These concerts will feature just a few of the outstanding alumni who have graduated from our music department, and who continue to enhance the cultural life of our region.”

Music has played an important role on the campus since its founding, as courses in music and concerts by student groups and other performers were critical to the institution’s education curriculum.  In 1961, the first degrees—a bachelor of arts in music and a bachelor of arts in music education – were established.  A bachelor’s degree in jazz was added in 1973, followed by a degree in music management in 1984, sound engineering arts in the 1990s, and just last year, a degree in popular music.

“Our music department is one of the most comprehensive in the region,” says Frierson-Campbell.  “Our proximity to New York, a capital of the music world, gives us access to so many high-level performers, music managers, sound engineers and others who are willing to share their talents with our students in the classroom.”

A gala concert featuring alumni soloists with the department’s large ensembles is scheduled for Friday, March 16, 2012. For additional information on the concerts, please call the University’s Shea Center Box Office at 973-720-2371.