For Home and Country: World War I Posters from the Newark Public Library 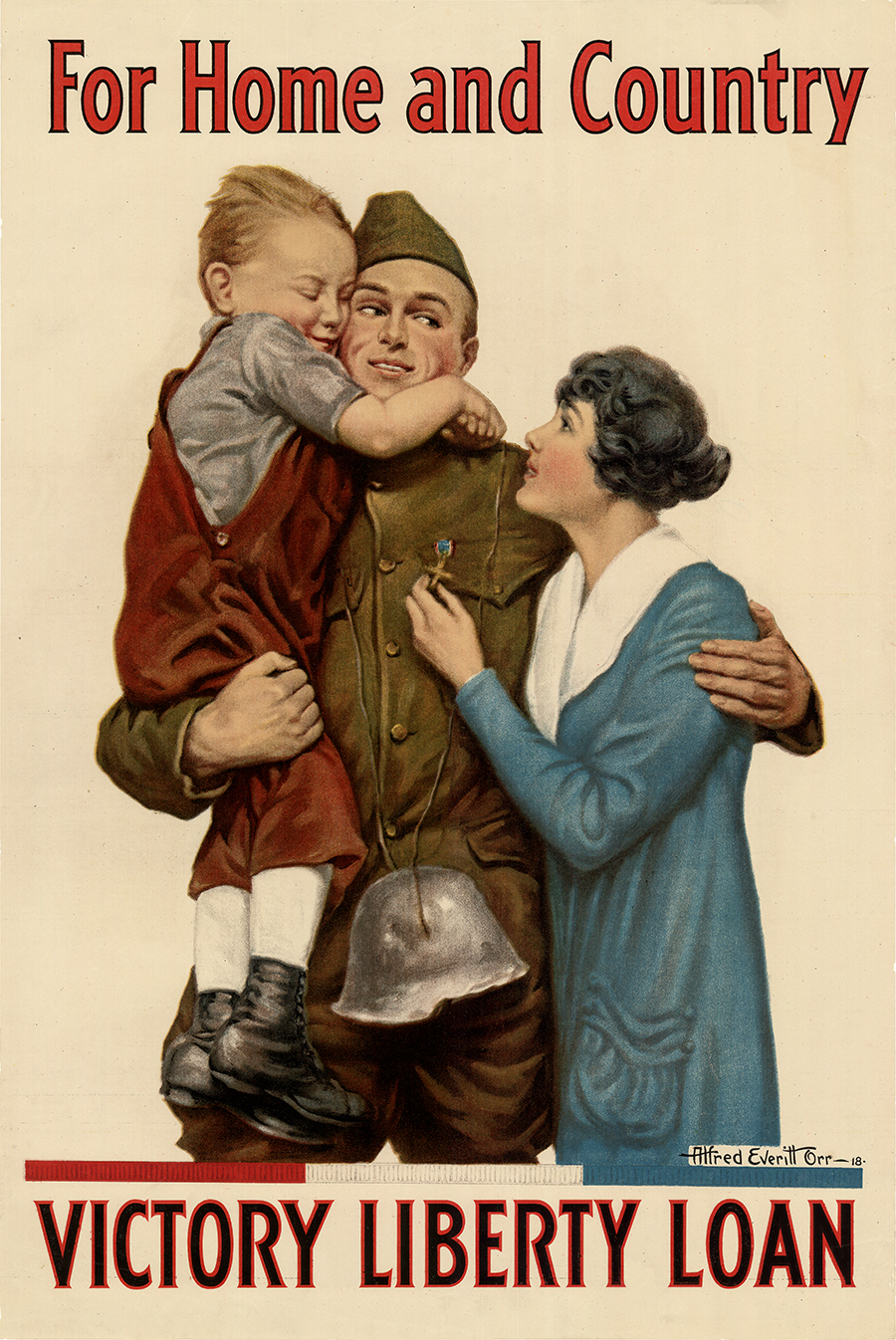 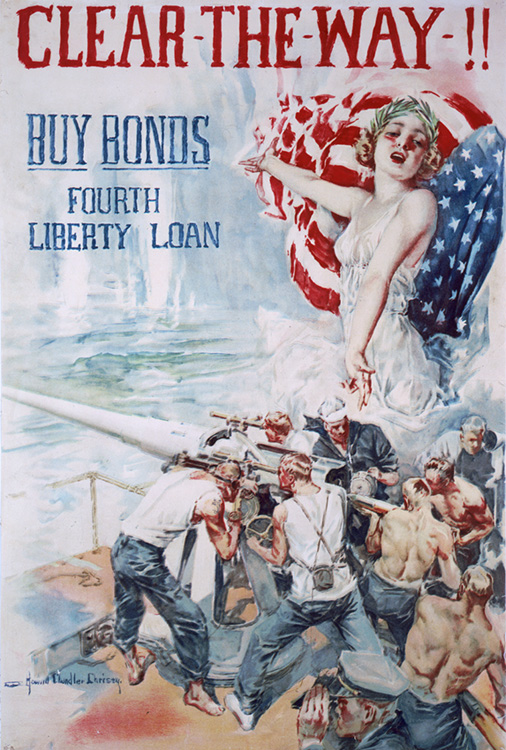 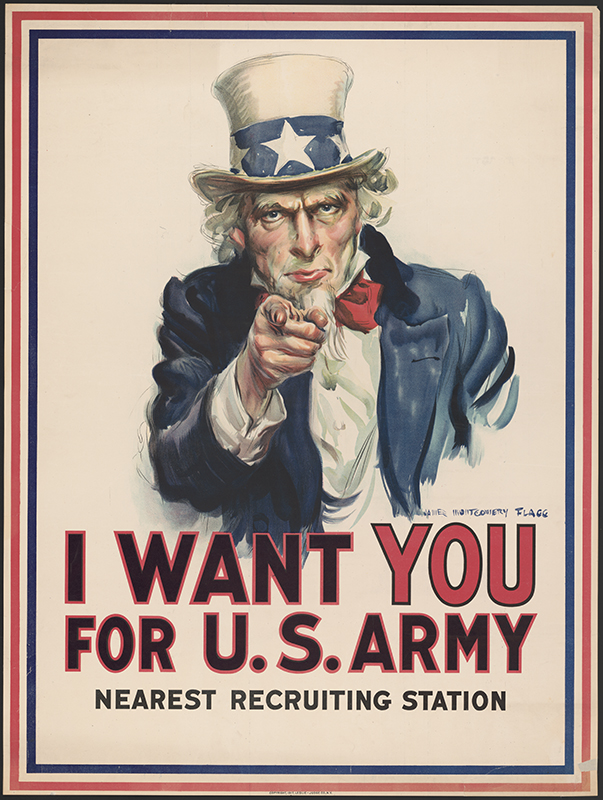 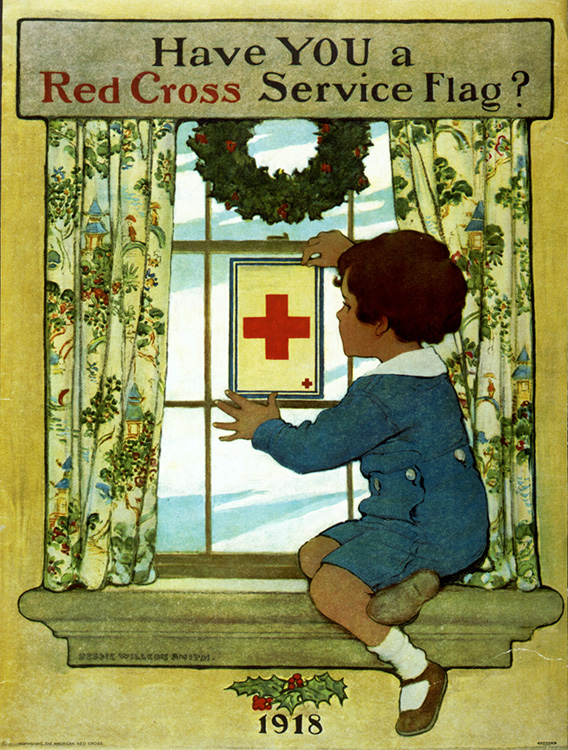 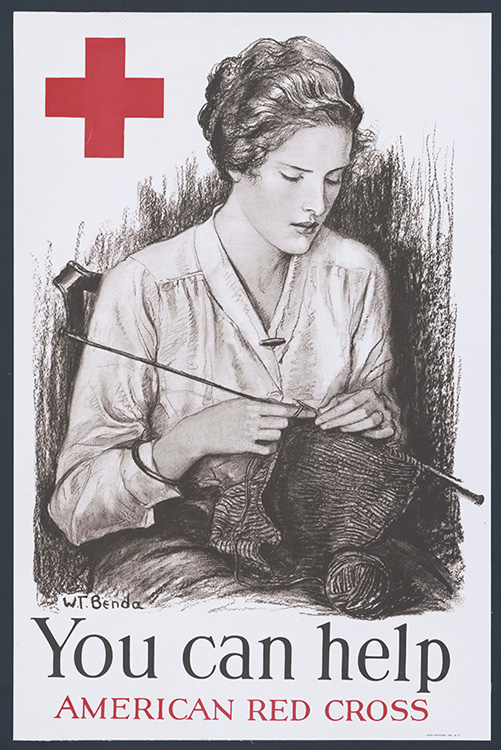 In commemoration of the United States World War I Centennial, more than 20 propaganda posters from the Special Collections Division of the Newark Public Library will be showcased in an exhibition at the University Galleries in the Ben Shahn Center for the Visual Arts from September 11 through December 13, 2017. Gallery hours are Monday through Friday from 10 a.m. to 5 p.m., and on September 17 and 24, October 8 and 15, November 5 and 12, and December 3 from noon to 4 p.m. Admission is free. An opening reception for the exhibition will be held on Wednesday, September 13 from 4 to 6 p.m.

A series of lectures relating to the exhibition will also take place in the South Gallery, including “Artists at War,” a lecture by George Robb, curator of the exhibition and William Paterson University professor of history, on Wednesday, October 4 from 11:00 a.m. to noon; “About Design,” a lecture by Daryl J. Moore, dean of the University’s College of the Arts and Communication, on Monday, October 16 from 11:00 a.m. to noon; and “The Great War Through Women’s Eyes” a lecture by Michelle Moravec, associate professor of history, Rosemont College, on Monday, November 13 from 11 a.m. to noon. A free public program, The Human Library, will take place in conjunction with the exhibition on Saturday, November 4 from 11:00 a.m. to 3:00 p.m. at the Paterson Free Public Library, 250 Broadway, Paterson, New Jersey. Space is limited so please contact the University Galleries for registration details.

The exhibition, curated by Robb, a scholar of World War I with research assistance from graduate students Sarah McCoy, MA ’17, and Nicolette Solomita, MA ’16, includes examples from well-known artists and illustrators (James Montgomery Flagg, J.C. Leyendecker, Howard Chandler Christy, and others) exemplifying a wide variety of aesthetic and graphic styles. A complimentary exhibition catalogue, featuring select illustrations of the posters and an essay by George Robb, is available upon request.

America issued more than 20 million copies of 2,000 different posters during 1917 and 1918, America’s years in the war. “Posters were used to drum up patriotism, vilify the enemy, recruit soldiers, raise money and supplies, and conserve scarce resources,” says Robb. “Since total war required the absolute commitment of a nation’s citizens, propaganda emerged as a vital new weapon in the war’s arsenal.”

The posters in the exhibit are on loan from a historically important collection at the Newark Public Library. In 1917, the director of that library, John Cotton Dana, was one of the most famous and influential librarians in the country. The American government gave Dana a large number of its propaganda posters and asked him to organize an exhibit that would be sent on tour around the nation to generate support for the war. So successful was this endeavor that Dana created a second touring exhibit of posters. Upon their return to Newark in 1919, the posters became part of the Newark Public Library’s Special Collections. Many of them have not been publicly exhibited since.

Among the works on display is “I Want You for U.S. Army, by James Montgomery Flagg, featuring Uncle Sam, dressed in a top hat and pointing a finger at the viewer. Probably the most famous war poster ever produced, it first appeared on the cover of Leslie’s Weekly Magazine on July 16, 1916 to inspire military preparedness.

In addition to posters recruiting soldiers to join the Army or Navy, many featured in the exhibition focus on ways to aid the war effort: buying “liberty bonds,” conserving food and other scarce resources, planting victory gardens, and joining the Red Cross. Others urge Americans to support freedom and democracy.  “The topics and imagery in these posters are immediate,” says Robb.  “They still work the way they did 100 years ago.”

In conjunction with this exhibition, the University Galleries is presenting a public program, the Human Library, which offers individuals the opportunity to connect one-on-one with members of the public and share their diverse set of life experiences, stories, and knowledge. This presentation of the Human Library will specifically expose visitors to a range of ways that people are involved in and affected by war and military conflict. The program will be presented on Saturday, November 4 from 11:00 a.m. to 3:00 p.m. at the Paterson Free Public Library, 250 Broadway, Paterson, New Jersey. The format of the event involves “books” and “readers.” The “books” are individuals who verbally share their knowledge or life stories over the course of 20-minute conversations. The “readers” are visitors who listen to the “book” and engage in a one-on-one dialogue. There will be 10 different speakers/books. Each visitor or “reader” will sign up for a 20-minute session with a "book." This event was made possible by a grant from the New Jersey Council for the Humanities, a state partner of the National Endowment for the Humanities. Any views, findings, conclusions or recommendations expressed in this program do not necessarily represent those of the National Endowment for the Humanities or the New Jersey Council for the Humanities.

The exhibition is one of three on view concurrently in the University Galleries. The Faculty Exhibition, on view in the Court Gallery, highlights innovative artwork in varied media by 22 William Paterson University art faculty members. On view in the East Gallery is the Veterans Book Project, created by Monica Haller. The exhibition consists of 50 books about recent American-led wars that were authored by a veteran, a veteran’s family member, or an Iraqi or Afghan civilian and refugee. The Veterans Book Project is loaned and administered by the Weeks Gallery at Jamestown Community College. 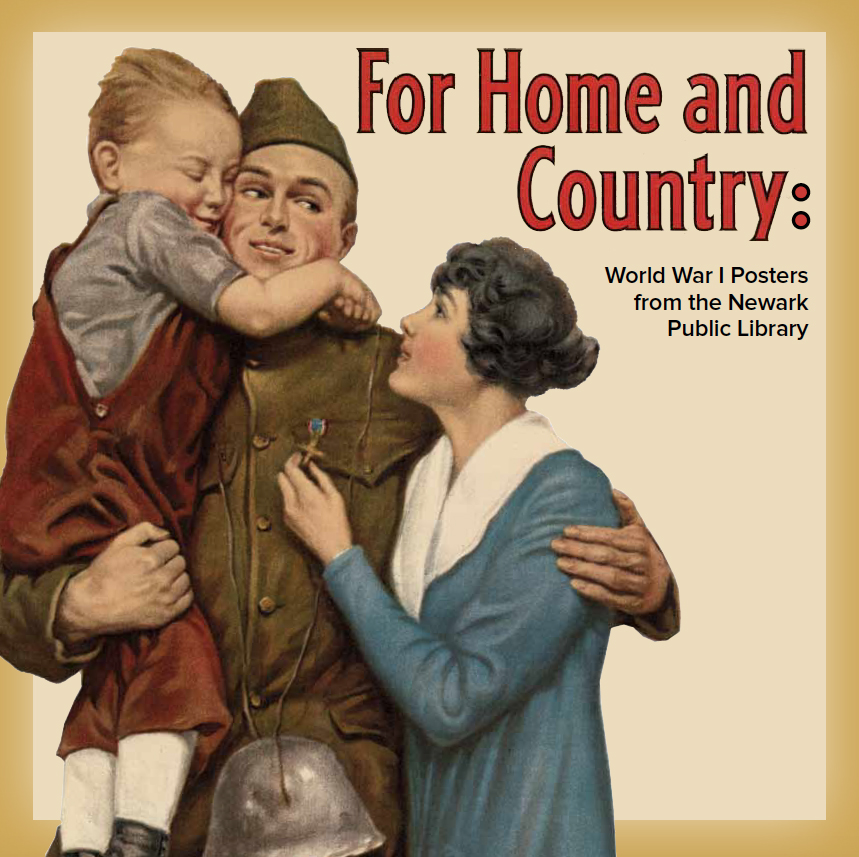 Exhibition curator Professor George Robb will discuss the role of artists in supporting and advancing the cause of World War I.

About Design: The Posters of the Great War

Dean of the College of Arts and Communication Daryl J. Moore will examine the role of graphic design in building support for the "Great War."

The Great War through Women's Eyes
Lecture by Michelle Moravec

Michelle Moravec, associate professor of history, Rosemont College, explores how women commemorated participation in World War I in their scrapbooks and photograph albums.