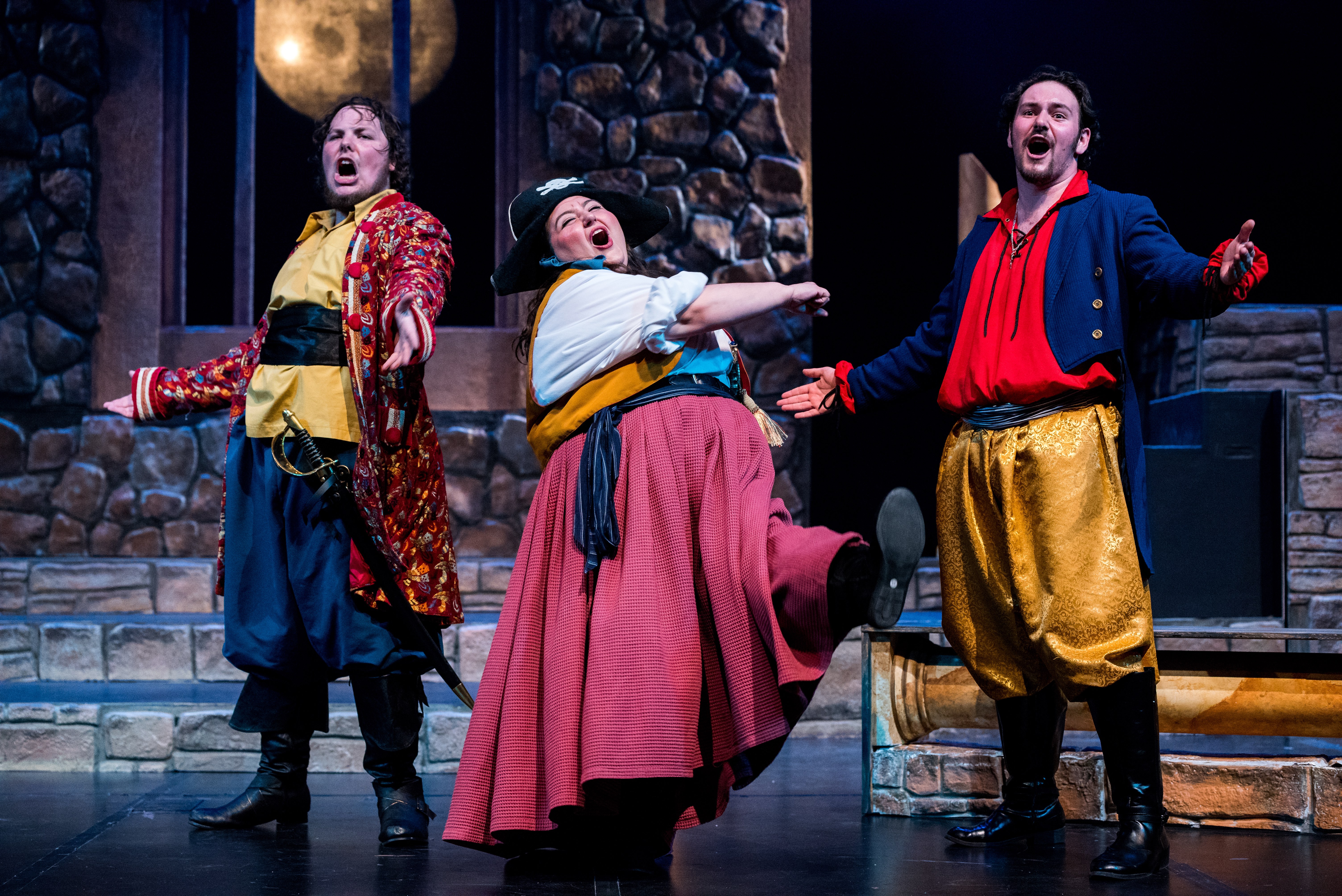 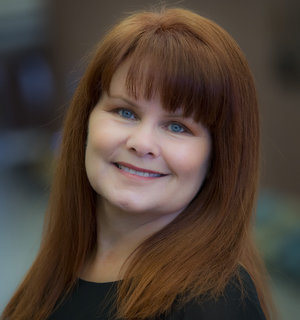 Prior to her position at William Paterson she served as the Associate Director of Choral Activities in the School of Music at the University of Southern Mississippi Before that, she served for fifteen years as the Director of Choral Studies at Christopher Newport University in Newport News, VA where she conducted the CNU Chamber Choir, Women’s Chorus, and Men’s Chorus, and taught graduate and undergraduate conducting, as well as applied voice and vocal improvisation. Previous positions include Associate Director of Choirs and Specialist in Choral Music Education and Vocal Jazz at Iowa State University, as well as the University of South Dakota and St. Norbert College. 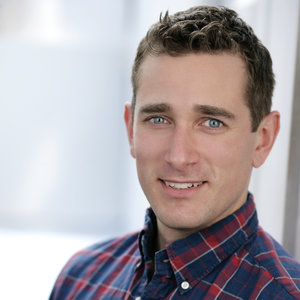 As a professional vocalist, Dr. Herbert performs frequently throughout North America, Europe, Asia, and is a two-time GRAMMY® nominee. He has soloed with The San Francisco Symphony and Chamber Music Society of Lincoln Center, performed Ginastera centennial celebrations with International Contemporary Ensemble and the Choir of Trinity Wall Street, and consistently presents Winterize – an outdoor adaptation of Winterreise with transistor radios.

He holds a B.A. in Music from Yale University, an M.A. in Middle Eastern Studies from Harvard University, and D.M.A. in Voice from The Juilliard School. His current research focus is on the music of the eighteenth-century Ephrata Cloister of Pennsylvania. He is the baritone in the critically acclaimed ensemble New York Polyphony. 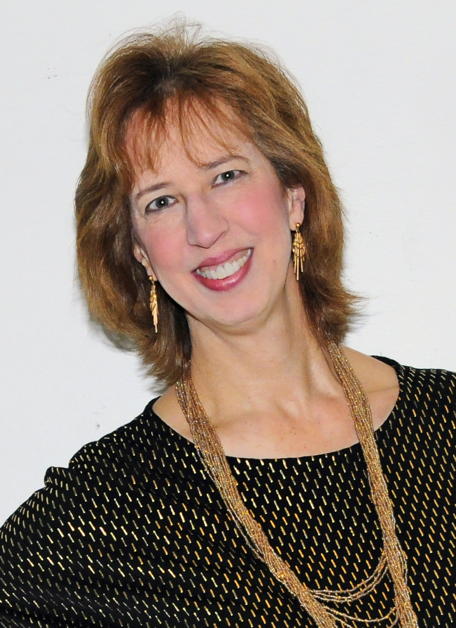 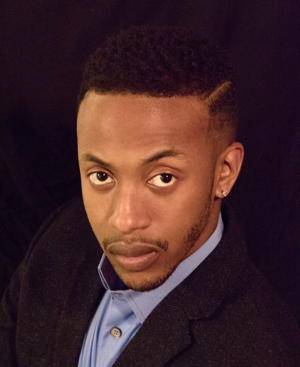 Darian Clonts, Voice
Tenor Darian Clonts, a native of Atlanta, Ga., joined the Voice faculty at William Paterson University in the Fall of 2021. He has been seen performing with companies across the US such as Cincinnati Opera, The Utah Festival Opera and Musical Theater, The Princeton Festival, and The Atlanta Opera. Some of his operatic roles include The Witch (Hansel and Gretel), Mingo (Porgy and Bess), Hérrison (L’Étoile), Goro (Madama Butterfly), and El Remendado (Carmen). He holds a B.A. in Music from Morehouse College, and both an M.M. and D.M. in Voice from the Indiana University Jacobs School of Music. He holds a certificate in Vocology, which is the science and practice of voice habilitation, and if necessary, rehabilitation. The main focus of his musical research includes opera and African American music, and he has lectured on his research at schools and institutions across the United States. 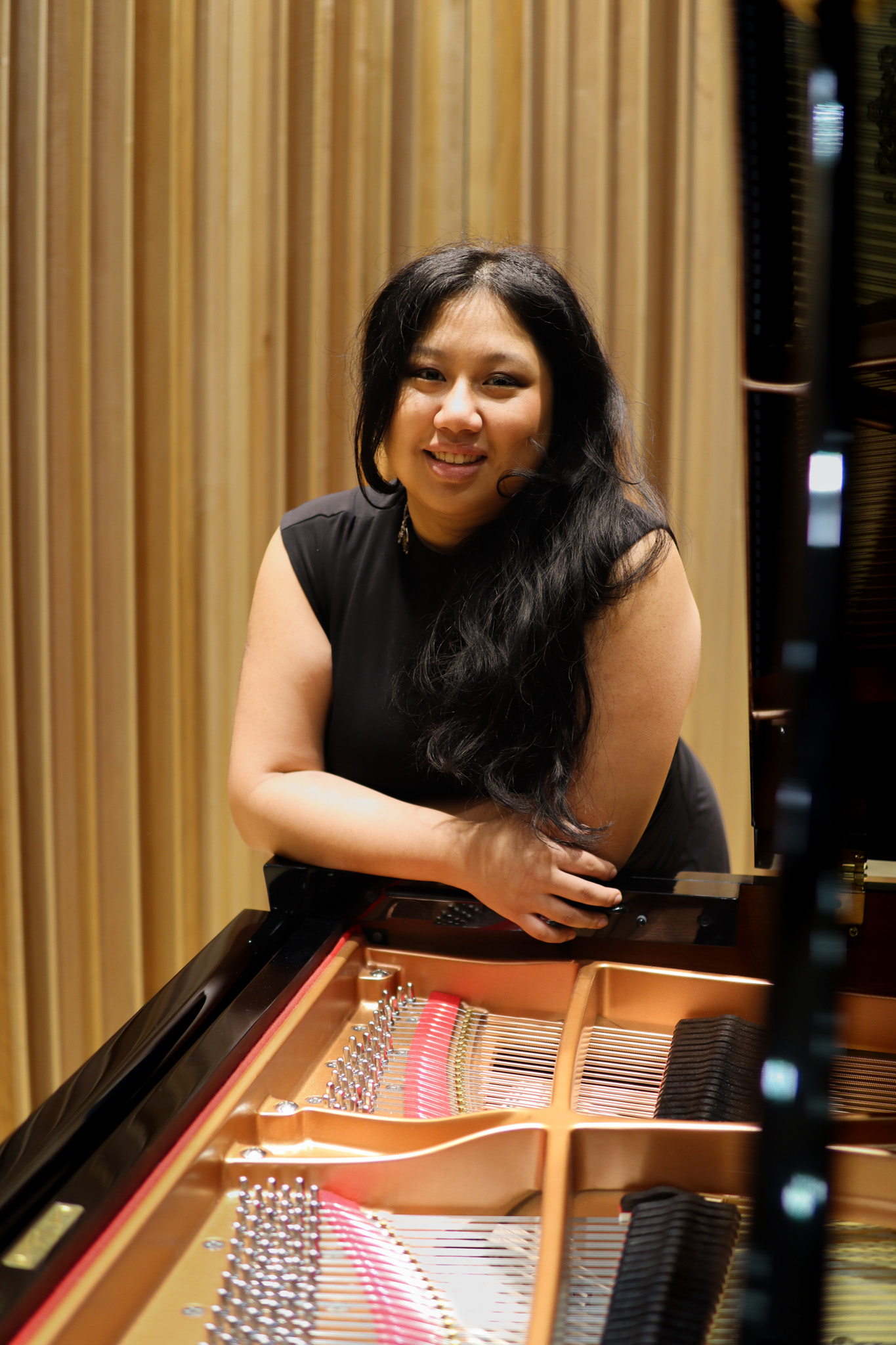 Hannah Comia, voice
A first-generation Filipino American, Hannah performs regularly as a collaborative and solo pianist. This past year she appeared at the CLA Berkshires summer Mozart festival, the Arabia-Kaikuu Festivaali, in recitals at Helsingiin Musiikitalo, Paavalinkirkko, and will return to the Civic Morning Musicals concert series in CNY.

As an academic, Hannah recently completed a fellowship with the American-Scandinavian Foundation, studying the relationships between art song and political independence in Finland and the Philippines. Prior to this, she focused on the life and compositions of African American composer Betty Jackson King, receiving the Graduate Dean's Award for Excellence in Research and Creative Work. 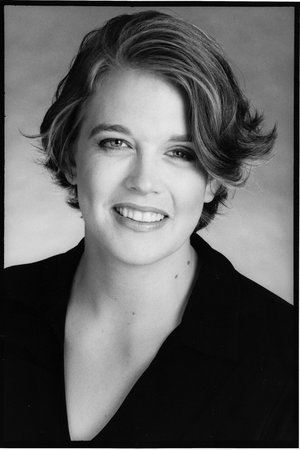 Sarah Abigail Griffiths, Voice
Soprano Sarah Abigail Griffiths has been hailed for her “glowing tone, effortless facility and vivid expressivity” (Dallas Morning News), and has appeared as soloist and chorister with professional ensembles throughout the United States. She is a founding member of the baroque chamber ensemble, Armonia Celeste, heard on the Centaur label, and is featured singing Alice Parker’s song cycle Dickinson: On Recollecting in a 2017 recording for Gothic. She has performed U.S. premieres by Bob Chilcott and Thea Musgrave and world premieres by Katherine Hoover, Edward Smaldone, and Martha Sullivan. She holds degrees from the University of North Texas, Westminster Choir College, and Earlham College. 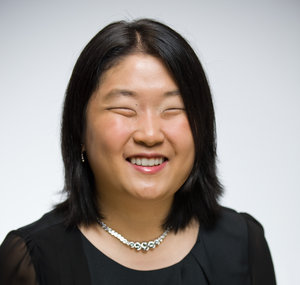 Ju Hyeon Han, Voice
Ju Hyeon Han, a South Korean soprano, completed undergraduate studies in New Zealand and came to the United States in 2008 to pursue graduate studies. She received her Master’s in Vocal Performance and Vocal Pedagogy from New England Conservatory in 2011, and her DMA from Stony Brook University in 2019. While in the United States, Ms. Han has performed in numerous recitals and early music concerts, as well as in operas such as Pamina in the Occasional Opera Company's production of Die Zauberflöte (2016) and the Female Chorus in Stony Brook Opera’s The Rape of Lucretia (2017). As a teacher, Ms. Han has a special interest in voice rehabilitation, as well as a passion for working with students with disabilities. 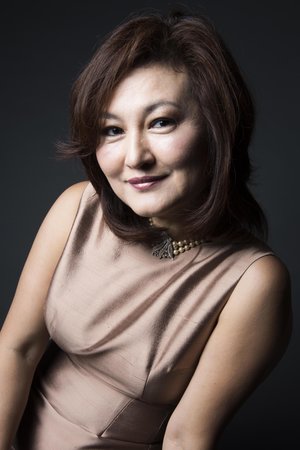 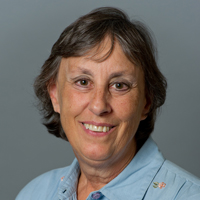 June Marano-Murray, Voice Coach / Staff Pianist
June Marano-Murray received her Bachelor and Master Degrees in piano and accompanying from Manhattan School of Music where she was a recipient of the prestigious Harold Bauer Award. Credits include: Wolf Trap Opera, Lake George Opera, Chautauqua Opera, Central City Opera, Pepsico Summerfare, NY Opera Repertory Theater, and the Berkshire Choral Institute. She has been music director for opera productions at Asolo Opera in Sarasota, Florida, the Bel Canto Opera in New York, and performed and taught at the First International Summer Music Festival in Taiwan. A former Gramma Fisher scholarship recipient (which enabled her to study and perform at the American Institute of Musical Studies in Graz, Austria), she is a former lecturer at SUNY- Purchase, Music Director for Purchase Opera Theater, and for Mannes College of Music. As a member of the opera coaching staff at Manhattan School of Music, she also accompanied the Birgit Nilsson Master Class series for five years. She is a member of the American Guild of Organists, and serves as choir director/organist for the Second Reformed Church in Hackensack, New Jersey. She also is a free lance coach and piano teacher. She is also on faculty at the Manhattan School of Music. 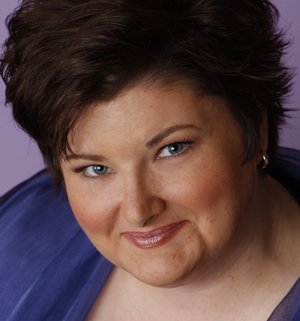 Tami Petty, Voice
Dr. Tami L. Petty (soprano) is the 2014 Award Recipient of the Joy in Singing Prize. She made her 2010 Lincoln Center debut singing Rossini’s Petite Messe Solonelle at Alice Tully Hall. The New York Times praised Petty’s “powerful soprano,” and Classical Music Network declared, “Such a beauty and purity of tone is so rare that I could only listen in ethereal pleasure." Recitalist of the first rank, she has performed locally with Brooklyn Art Song Society, 5BMF, Caritas for St. Ignatius Loyola, Joy in Singing, and NYSTA. Winner of multiple career grants with special recognition from Marilyn Horne Foundation and Sorel Organization, and graduate of Eastman School of Music in Vocal Performance, Dr. Petty also teaches voice privately and at AMDA, and she serves as Director of Music in the East Village at Middle Collegiate Church where she oversees ecclectic music programming. Please visit www.TamiPetty.com for more information. 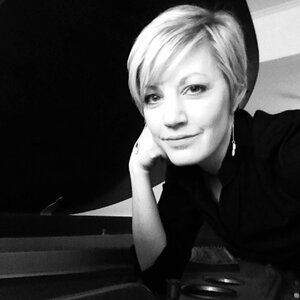 Charity Wicks, Voice Coach / Staff Pianist
Charity Wicks is a sought-after pianist whose work crosses all musical genres. She has an active career on Broadway as a Music Director/Conductor/Pianist with such shows as the Broadway-bound LEMPICKA, as well as with current and past shows including COME FROM AWAY, GIRL FROM THE NORTH COUNTRY, TOOTSIE, FROZEN, SPRING AWAKENING (original production), and many others. Her expertise in the development of new works (both musical theatre and opera) is frequently called upon, and she often collaborates with such organizations as The Eugene O’Neill Theatre Center, La Jolla Playhouse, The Public Theatre, and The American Opera Project. She maintains an active recital career, playing vocal recitals and chamber music throughout the metropolitan area, and is the Director of Music Ministries at Central Presbyterian Church in Summit, NJ. She holds a BM and MM from Temple University, and a DMA from The Manhattan School of Music in Piano Accompanying. 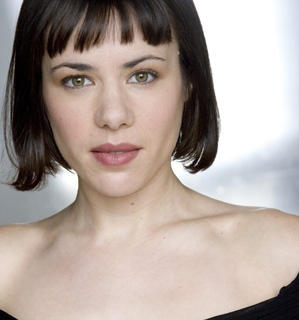 Sarah Elizabeth Wolfson, Voice
Sarah Elizabeth Wolfson (soprano) has demonstrated a remarkable ability to communicate with an audience, whether in recital, oratorio, or on the operatic stage. The New York Times called her “a keenly intelligent artist…[she sings] with luminous sound and impressively focused high notes.” A graduate of The Juilliard School, she has been seen in recital and concert at Carnegie Hall, Avery Fischer Hall, Alice Tully Hall, Rockport Chamber Music Festival, Miller Theater, Café Sabarsky at The Neue Galerie, Miami Museum of Contemporary Art, and with the New York Festival of Song. She has sung with The Metropolitan Opera, Opéra de Montpellier, The Santa Fe Opera, Wolf Trap Opera, Florida Grand Opera, Opera North, Spoleto Festival USA, Aspen Music Festival, The Ravinia Festival, La Jolla Summerfest, The American Symphony Orchestra, American Composers Orchestra, Vocal Arts Society of Washington, DC. In addition to performing, Ms. Wolfson is a voice instructor who has taught vocal performance at Columbia University, performed masterclasses at various institutions across the US, and is currently on faculty at William Paterson University and Hofstra University. www.sarahwolfson.com.