Opportunities for Strings at William Paterson

The William Paterson University Symphony Orchestra
A full symphonic ensemble, drawing on the combined instrumental forces available at William Paterson, and focusing on the exciting and varied orchestral repertoire for mixed strings, woodwinds, brass and percussion.

The String Ensemble
An ensemble composed of strings and keyboard, designed to perform the rich repertoire for string orchestra from the Baroque to the 21st century.

Chamber Music
Small ensembles drawing on strings, often in combination with woodwinds, brass, keyboard and percussion, created to perform the varied and exciting chamber music repertoire in this individual and intimate setting. 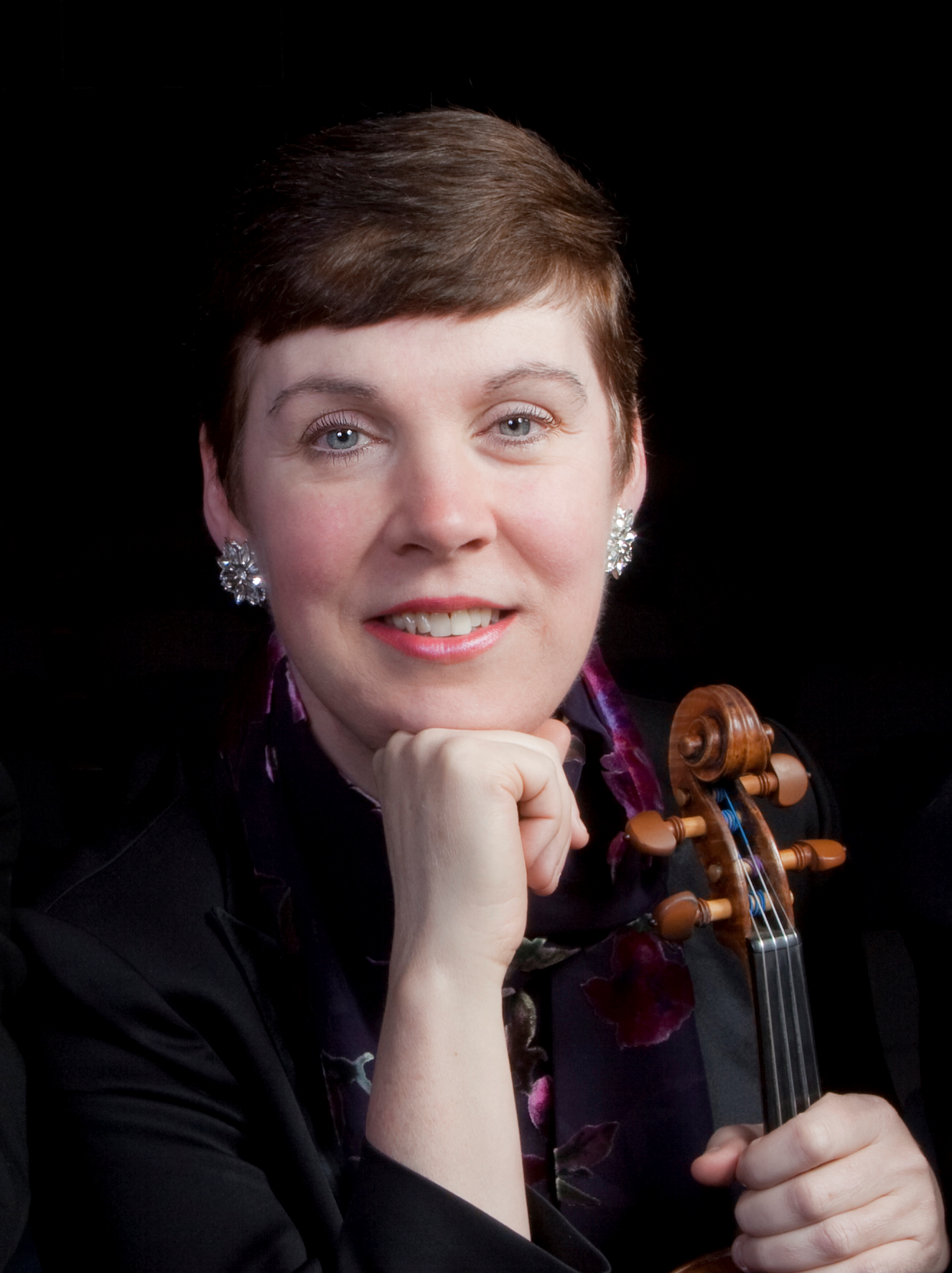 Kathleen Butler-Hopkins - violin
Kathleen Butler-Hopkins is a violinist who has concertized in major forums in the United States and Europe. She is a veteran of both the Tanglewood Festival and the “Yale in Norfolk” summer music programs. In addition to her activities as soloist and chamber musician, she has served as assistant concertmaster for the Boston Civic Symphony, and as concertmaster for other regional orchestras along the east coast, including the Adelphi Chamber Orchestra.

Dr. Butler-Hopkins was awarded the rank of Professor Emerita of Violin, Viola, and Chamber Music from the University of Alaska Fairbanks. She holds Doctor of Musical Arts and Master of Musical Arts degrees from Yale University School of Music. She received both Bachelor of Music and Master of Music degrees from The Juilliard School and attended the Curtis Institute of Music. Dr. Butler-Hopkins received a summer stipend from the National Endowment for the Humanities to study the string quartets of Beethoven at Harvard University. Under the auspices of the Fulbright-Hays Fellowship Program, she completed a year of study at the Vienna State Academy in Austria.

At the University of Alaska Fairbanks, Dr. Butler-Hopkins served as concertmaster and soloist with the Fairbanks Symphony and the Arctic Chamber Orchestra and as a founding member of the Alaska Trio, the Alaska Chamber Ensemble, and the Alaska Chamber Players. Dr. Butler-Hopkins has also appeared as violin and viola soloist with the Fairbanks Youth Orchestra and as violin soloist with the UAF Jazz Band. She performed as concertmaster for orchestras with the Western Opera Theater, Opera Fairbanks, the Fairbanks Light Opera Theatre, and the Fairbanks Choral Arts Orchestra. Her prize-winning students have distinguished themselves at such summer festivals as Tanglewood, Meadowmount, Bowdoin, Encore, and Indiana Summer String Academy, and have won a variety of awards including the Northwest Division of the MTNA Collegiate Auditions.

Dr. Butler-Hopkins is currently a regular faculty member at the Lake Placid (NY) Institute for the Arts and Humanities Chamber Music Seminar and was the founder of String Fling, a chamber music program for Alaskan pre-college students. Dr. Butler-Hopkins has contributed to Strings magazine, was a Visiting Scholar at Harvard University twice, has numerous “Who’s Who” listings, and is a member of Phi Kappa Phi. She received several UAF College of Liberal Arts Excellence in Teaching Awards, was named String Teacher of the Year by the Alaska String Teachers Association, and was a recipient of the prestigious Usibelli Distinguished Service Award at UAF. 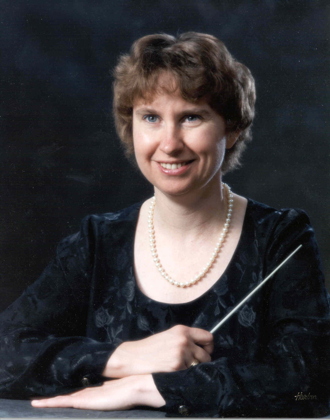 Sandra Dackow - orchestra, string methods
Sandra Dackow earned the Bachelor of Music, Master of Music and the Ph.D. from the Eastman School of Music of The University of Rochester. An Aspen Conducting fellow in 2001, she was also awarded the Silver Medal in the 2001 Vakhtang Jordania/New Millennium International Conducting Competition in Kharkov, Ukraine. She is currently serving as Music Director of the Hershey Symphony Orchestra in Pennsylvania and is a former Music Director of the Ridgewood Symphony Orchestra in New Jersey. Recent guest conducting has included appearances with the Helena Symphony, Montana, the All-Queensland Honors Orchestra in Brisbane, Australia, the Kharkov Philharmonic in Ukraine, the Rapides Symphony and the Monroe Symphony, both in Louisiana, the Spartanburg Philharmonic, South Carolina, the Montpelier Chanber Orchestra, Vermont, the Danbury Symphony, Connecticut, Adelphi Chamber Orchestra in NJ, and the Midland Symphony, Michigan, as well as a tour with the Moriah College Orchestra in Australia.

A Native of East Paterson, New Jersey, Dr. Dackow has conducted bands and orchestras in the schools of Glen Rock and East Brunswick, New Jersey, and served as Supervisor of Music for the Ridgewood NJ public schools. A former chair of the string department and orchestra director at Slippery Rock University in Pennsylvania, she has been a visiting faculty member during the summer sessions of the Eastman School of Music, Temple University, Montclair State College NJ, Wichita State University, University of Alaska, Fairbanks, Colorado State University and Cork School of Music, Ireland. As a member of the faculty of Brandeis University, Waltham, Massachusetts, she directed the University Symphony Orchestra and Wind Ensemble.

An annual ASCAP award winning arranger, Dr. Dackow has published over ninety works for orchestras and is an author of the Orchestra Expressions curriculum. She is active as a guest conductor, adjudicator and clinician across the nation and Canada, in England, Hong Kong, Singapore, China, Malaysia, Ukraine, South Africa and throughout Australia and Ireland. Articles of hers have appeared in major professional journals and she has contributed to music reference books, methods and texts. Dr. Dackow recently served as President of the Conductors Guild, an international organization comprised of members from 32 countries. She has conducted at the Interlochen Center for the Arts, teaches at William Paterson University, NJ, and has directed the Hershey Festival Strings at recent MENC National Conventions, the Midwest Clinic in Chicago and the ASTA National Conference. In 2009 she was voted a Lowell Mason Fellow by MENC: The Association for Music Education and awarded the "Bruno Walter Best Conductor" prize by the Master Players International Competition, Lugano, Switzerland. 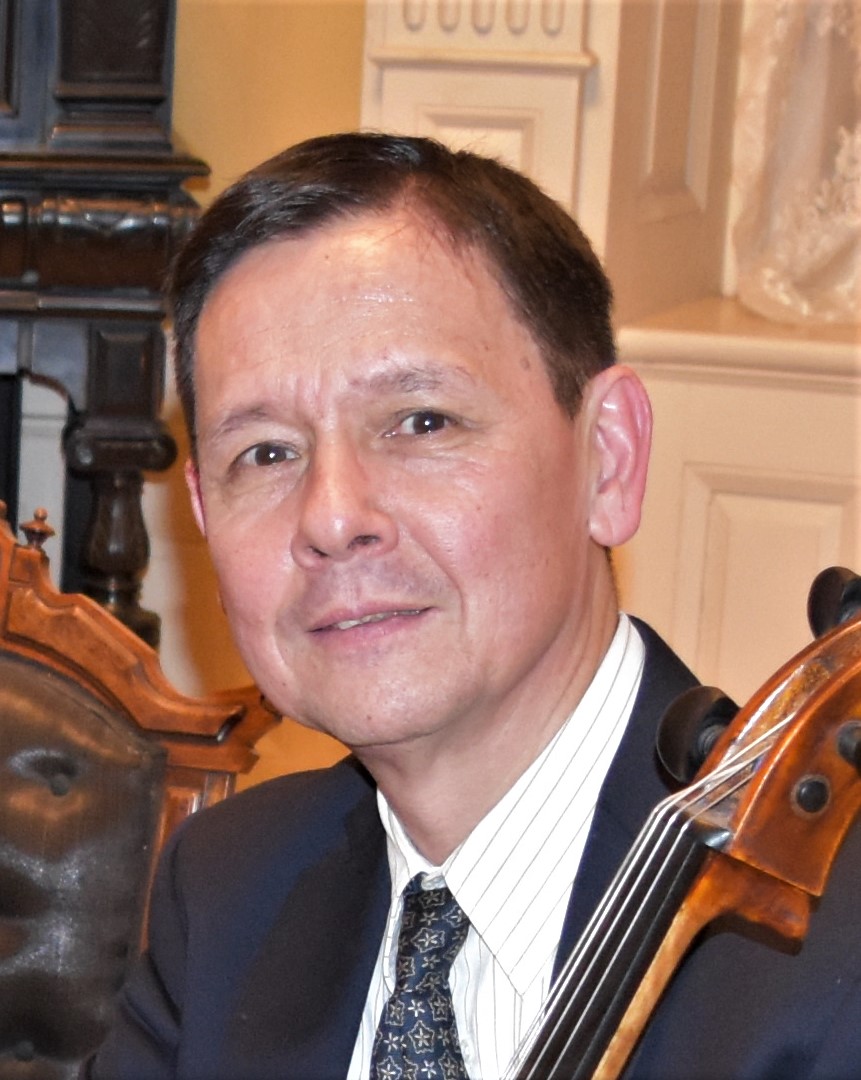 Joseph Kimura - cello
Living in New York for the past 30 years has given cellist Joseph Kimura a very diverse musical career. After earning his bachelor and masters degrees from Juilliard, he joined the Laurentian String Quartet, in residence at the Sarah Lawrence College and Ramapo College. He was subsequently appointed principal cellist of the Stamford Symphony Orchestra. He has recorded with EOS for the E.M.I. label and with the Riverside Symphony for the New World label. He has performed on live NPR broadcasts with the Opera Orchestra of New York, at Carnegie Hall. He is a member of Solisti New York and the Westfield Symphony and has performed as soloist with the Orchestra of the State of Mexico, the Stamford Symphony, the Gloria Chamber Orchestra, the Garden State Chamber Orchestra, the Korean Symphony of New York, and the Hoboken Chamber Orchestra. He has played on numerous movie and TV commercial orchestra sound tracks and has performed for many years with Tony Award-winning Broadway shows. For the past seventeen summers, he has taught at the Greenwood Junior Camp in MA. He studied with Paul Katz, Harvey Shapiro and Channing Robbins.

Tanatchaya Chanphanitpornkit received her education from the Eastman School of Music, where she studied the double bass with James VanDemark. At Eastman, she was the recipient of the Howard Hanson and George Eastman Award and served as the president of the ESM Students' Association. Her contributions to the community earned her the Susan B. Anthony Women's Leadership Award and Linda Muise Student Life Award for outstanding dedication, enthusiasm, and collaboration to promote and maintain a strong quality of life for all.

She continued her education at Teachers College, Columbia University, where the emphasis of her Master of Arts and Master of Education degrees were on social justice through orchestral pedagogy and where her pedagogy was highlighted in an exhibit for the Smith Learning Theater. Currently, Chanphanitpornkit is continuing her studies as a doctoral candidate at Teachers College, where she is a Florence K. Geffen fellow.

As a teacher, Chanphanitpornkit's expertise ranges from working with toddlers to young adults. Having taught toddlers at the Eastman Community Music School and young musicians at the New Jersey Symphony Orchestra's El Sistema program, she is thrilled to continue setting up musicians for success in their musical endeavors.