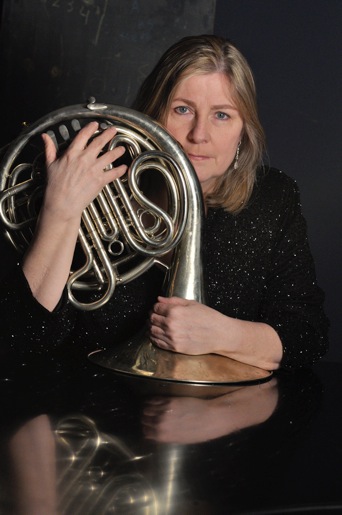 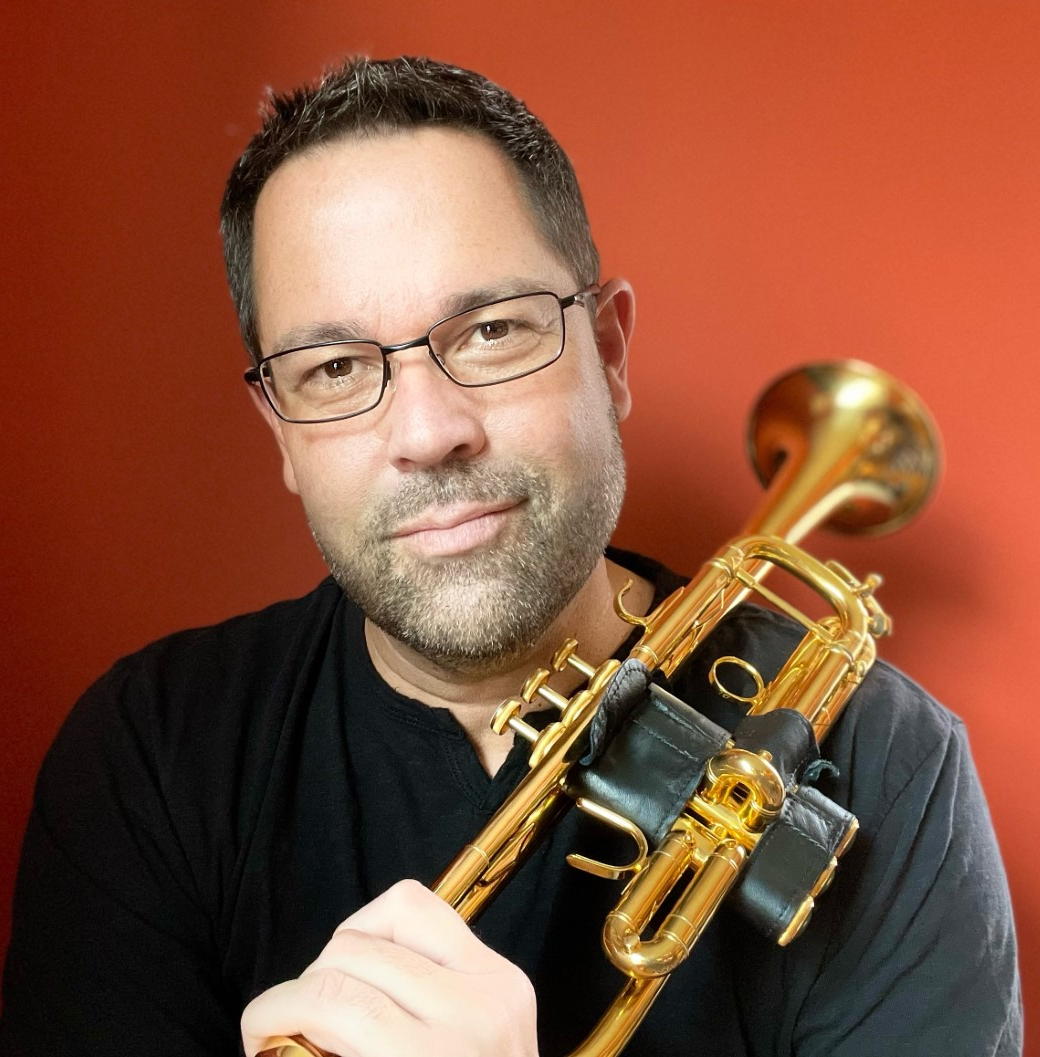 Michael Baker - trumpet
Michael holds both a Bachelor's and Master's Degree from The Juilliard School where he studied with Philip Smith, Mark Gould and Edward Treutel. He is a busy freelance musician within the New York and New Jersey area, playing with the New York Philharmonic, the Metropolitan Opera, and the Garden State Philharmonic. Michael is currently the 2nd/Associate principal trumpet of the New Jersey Symphony Orchestra. He has also played several shows on Broadway, including Nine, Billy Elliot, Mary Poppins, My Fair Lady, and An American in Paris to name a few. Michael has also toured with the Royal Winnipeg Ballet, the Mariinsky Orchestra and the Israel Philharmonic. He is also a member of the prestigious Brass Band of Battle Creek.

Michael has toured America, Japan, Australia, the UK, Canada, Norway, Sweden, and Korea as a trumpet and cornet soloist. In 2014, he was a guest soloist at the International Trumpet Guild Conference. Michael teaches Trumpet at William Paterson University in New Jersey. 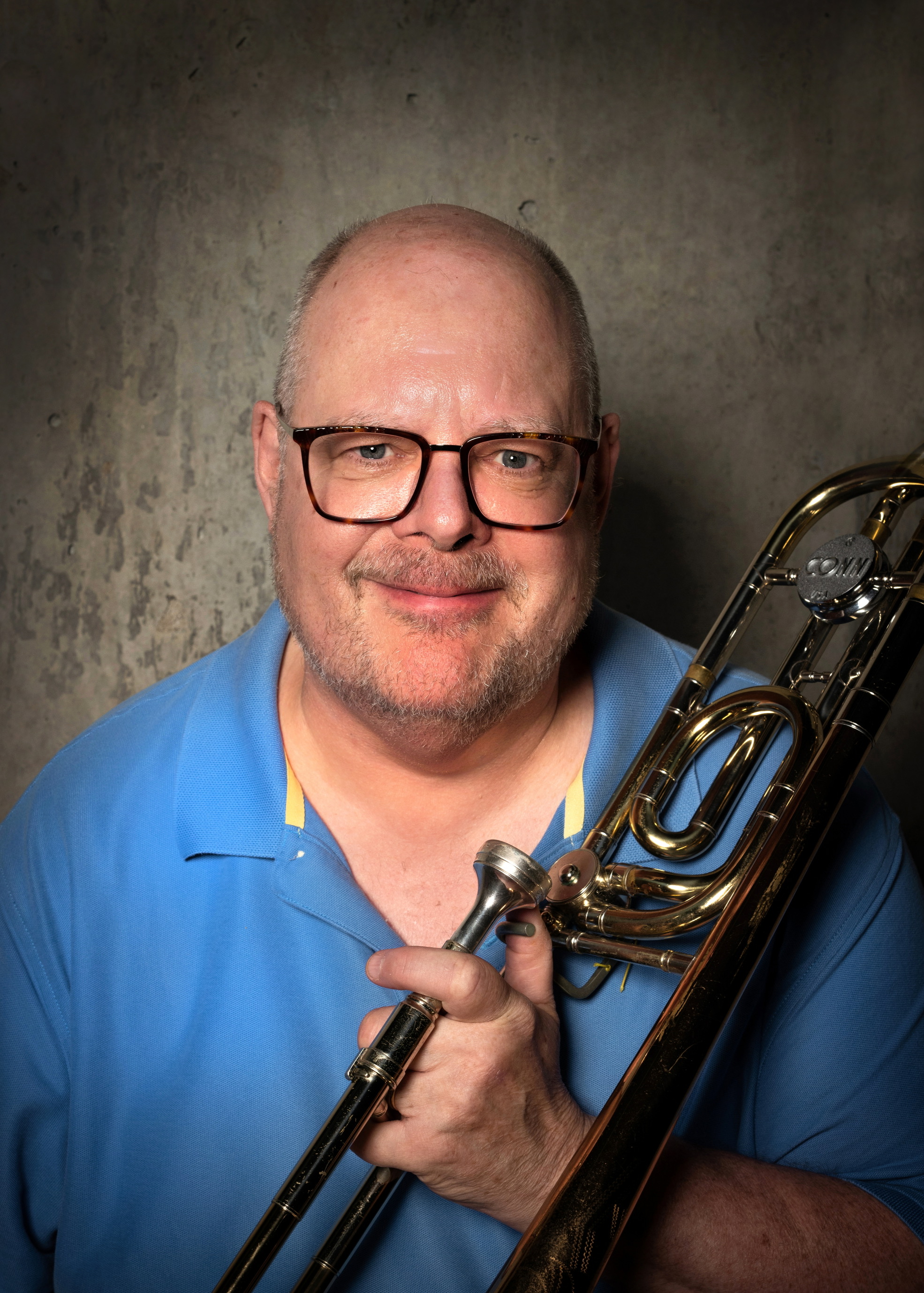 Richard Clark - trombone
Richard Clark, Trombone, is a long-established performer in the greater NYC area. He is principal trombonist of the American Symphony Orchestra, the Stamford Symphony Orchestra, The New York Pops orchestra, Northeastern Pennsylvania Philharmonic, Amici New York Orchestra and The American Classical Orchestra. Mr. Clark has also been past principal of The Mostly Mozart Festival orchestra, He has toured with the Orpheus Chamber Orchestra, and performed with The New York Philharmonic, New York City Ballet, New York City Opera, American Ballet Theater, The London Symphony Orchestra, San Francisco’s Philharmonia Baroque, the New Jersey Symphony, the Queens Symphony, the Reading Symphony Orchestra, the Lancaster Symphony, and the Hudson Valley Philharmonic. He has performed over 30 Broadway shows, including, Billy Elliot, The Music Man, The Sound of Music, Candide, The King and I, On the Town, My Fair Lady, Annie and Motown. Mr. Clark is adjunct professor of trombone and brass chamber ensembles at William Paterson University. 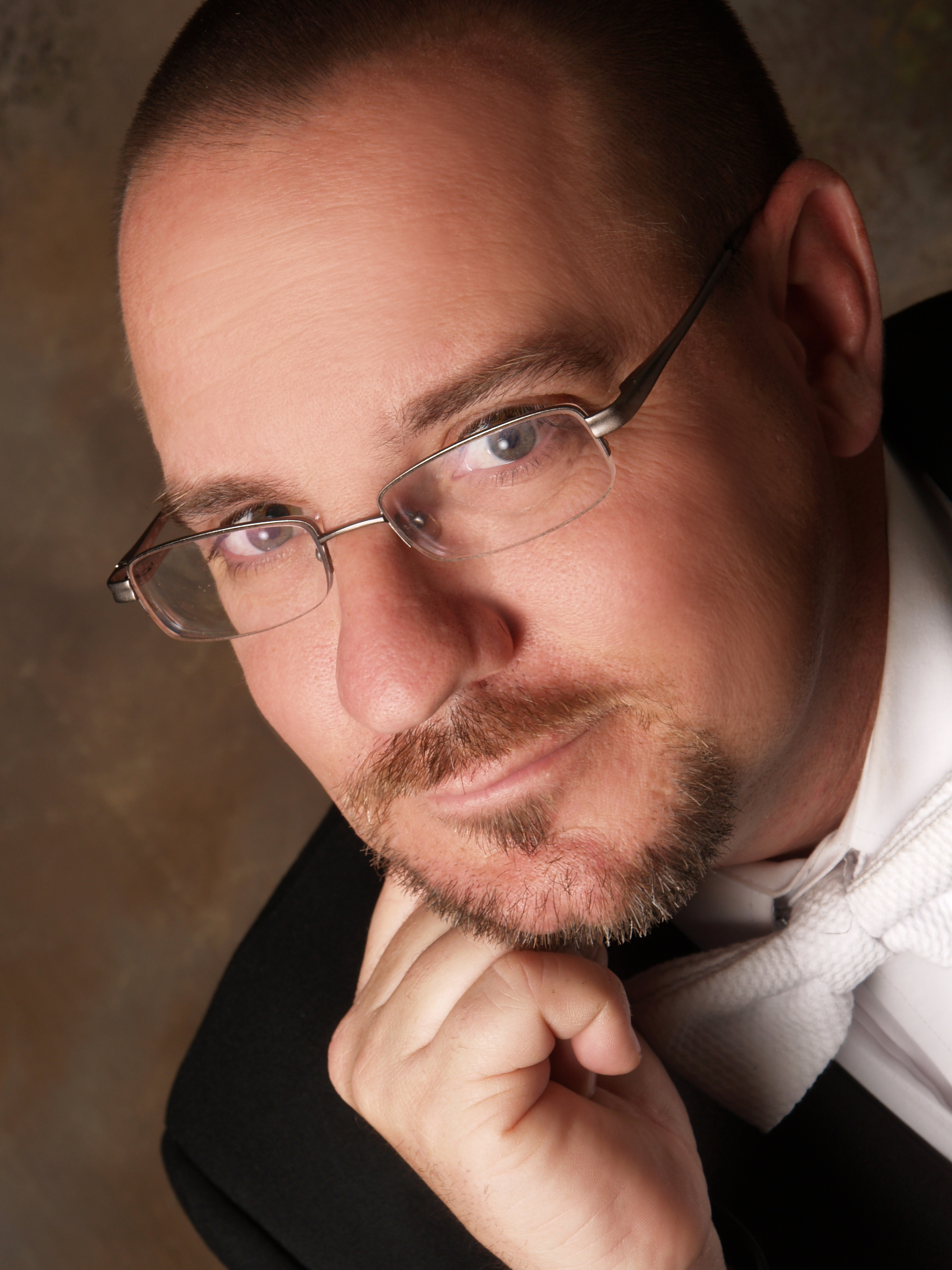 Mr. Paterno’s conducting style and music interpretations have been described as “energetic, passionate and uplifting.” He graduated from Rutgers University-Mason Gross School of the Arts with a Bachelor of Music degree in 1989 where he studied conducting with Scott Whitener and euphonium with Harold Janks of the Metropolitan Opera Orchestra. Upon graduation, he served as the High School Band Director and Fourth Grade Instrumental Music Teacher in the Keansburg Public Schools. Mr. Paterno earned his Master of Science in Educational Administration from the University of Scranton in 2014.

For the past 32 years, Mr. Paterno has been an instrumental music teacher, lead teacher and music coordinator at Wayne Hills High School. The bands under his baton have consistently received excellent and superior ratings in contests and festivals and have the distinction of performing in Avery Fisher Hall in New York. He has taught at the Mt. Tabor Summer Band School and is a private instructor, brass clinician and adjudicator throughout the area. Mr. Paterno is an adjunct faculty member at William Paterson University, where he teaches Low Brass Methods, and Applied Euphonium.

Mr. Paterno served as the Associate Conductor and Principal Euphonium of the Hanover Wind Symphony from 1998–2008, at which time he was appointed Music Director. He has served the North Jersey Area Band Association as President, Vice-President, Stage Manager, and Audition Host. He has also served as the North Jersey Region I Band Audition Chairman and Sectional Assistant.

Mr. Paterno is a recipient of the Governor’s Teacher of the Year Award for Wayne Township, the Eastern Marching Band Association’s Director of the Year award and is listed in Who’s Who Among America’s Teachers. He was chosen in 2014 by School Band and Orchestra magazine as the New Jersey representative of their “50 Directors Who Make a Difference” list. 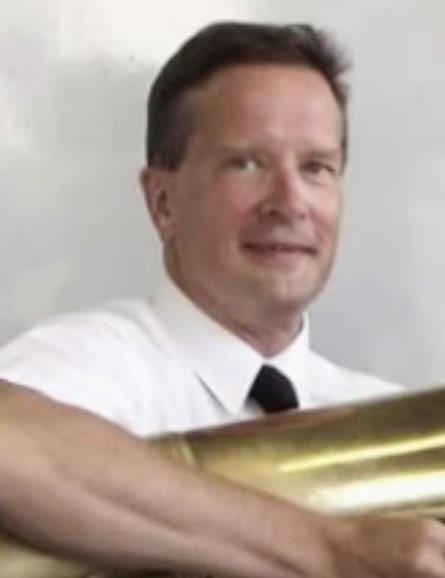 Paul Scott - tuba
Paul Scott is a busy freelance tubist in the Tristate area and has appeared as a soloist with the Ramapo Valley Chamber Orchestra and The Symphony Of Winds of Percussion, Jersey City, NJ. Paul has performed with The New Jersey Pops, The Philharmonic On The Hudson, The Imperial Brass Quintet, and the Garden State Brass Ensemble. He has recorded with The Kensington Brass and for film soundtracks. Paul is a graduate of Jersey City State College where he studied with Pasquale Landolfi and was the Instrumental Music Director of the River Edge, NJ elementary school district from 1989 to 2016. He has served as a clinician for MEBCI, NJMEA, Region 1 and for many NJ high school districts. Paul is a resident of Oakland, NJ and has been on the faculty of William Paterson University since 1992, leading many brass ensembles, the Tuba-Euphonium Ensemble ("The Pedal Tones"), and teaching all tuba lessons. 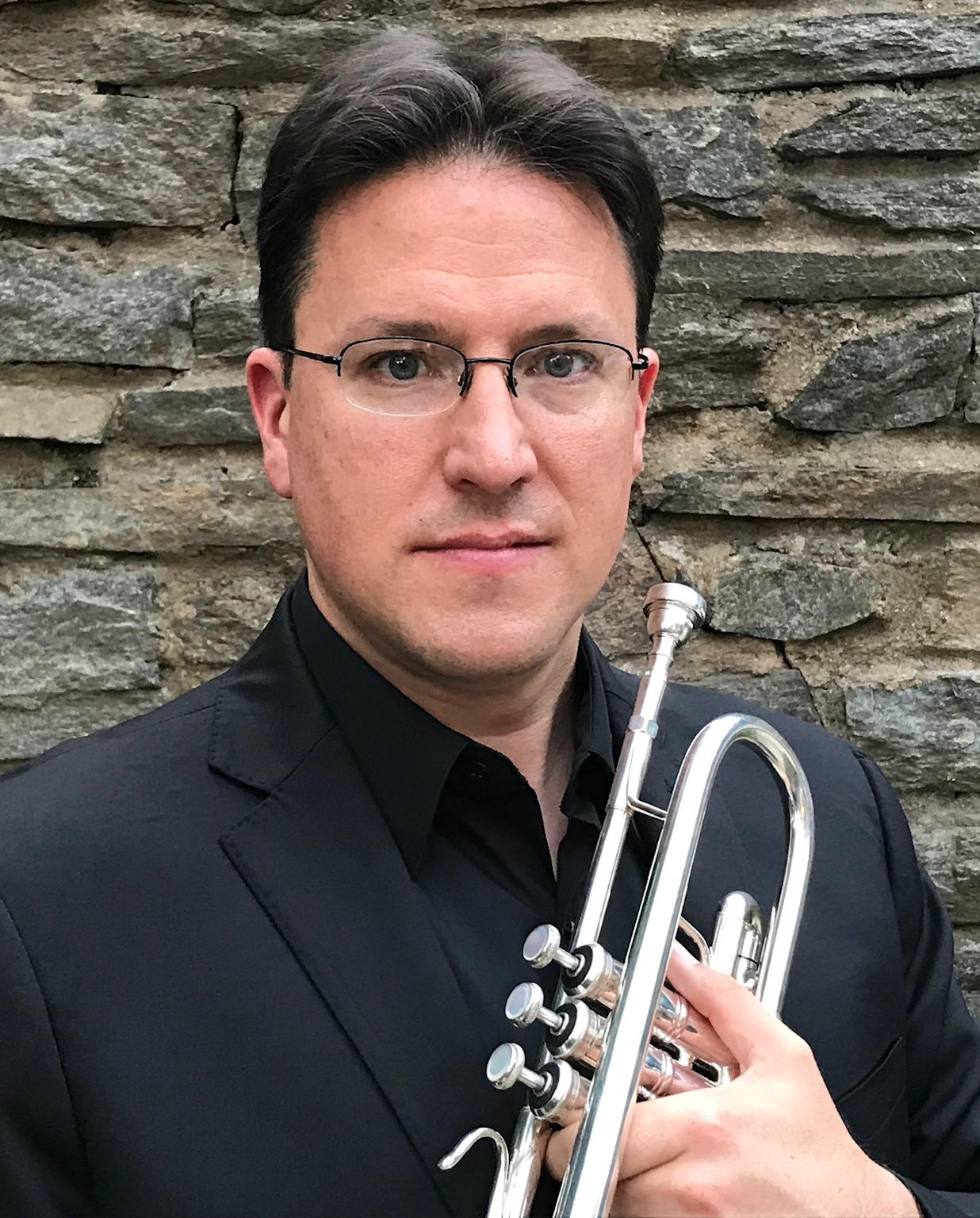 Brad Siroky - trumpet
Brad Siroky is an active freelance performer in and around New York City. He has performed with many of the area’s leading ensembles including the New York Philharmonic, the New Jersey Symphony Orchestra, the Orchestra of St. Luke’s, the Orpheus Chamber Orchestra, the American Symphony Orchestra, and numerous Broadway shows. Brad can be heard on recordings for Deutsche Grammophon, Telarc, Naxos, Newport Classics, Centaur Records, Titanic Records, Koch International, and PBS Great Performances.

As an educator, Mr. Siroky has participated in such programs as Carnegie Hall’s “LinkUP!” concerts for children, the New York Philharmonic’s Young People’s Concerts, and the Orchestra of St. Luke’s Family Concerts including appearances with Jamie Bernstein and actor John Lithgow. Mr. Siroky is a faculty member at the Manhattan School of Music Precollege Division, the Special Music School, and serves as Adjunct Professor of Trumpet at William Paterson University and the Aaron Copland School of Music at Queens College.

Mr. Siroky holds Bachelor of Music and Master of Music degrees from the Manhattan School of Music, and is a graduate of the Interlochen Arts Academy.