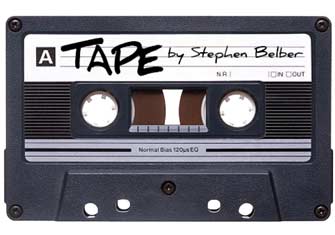 William Paterson University’s Theatre Department presents Tape, a 1999 play by Stephen Belber, from October 19 to October 24 in the Hunziker Black Box Theatre on the University’s campus in Wayne.

First produced as part of the 2000 Human Festival of New American Plays, Tape examines questions of motive, memory, truth, and perception, as two best friends from high school reminisce over a mutual female acquaintance whom they both dated at separate times.

The entirety of the play is set in a motel room during one fraught evening with the former friends confronting each other about their past relationships with the third party. Eventually, the third party arrives, leading to further reflection and some unexpected consequences.

“Tape is terrific. Belber has expert fun torturing his characters with the things that never get said, yet the language is uniquely telling; a beautiful take on human relationships,” says Jerry Beal, professor of communication at William Paterson and director of the October production.