William Paterson Music Department to Stage Classic Operetta, "Orpheus in the Underworld," in Outdoor Performances on Campus April 21 to 25 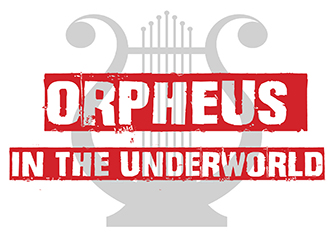 William Paterson University music students will present Orpheus in the Underworld, the classic French operetta by Jacques Offenbach that puts a comic spin on the Greek myth of Orpheus and Eurydice, during three outdoor performances on the plaza in front of Shea Center on campus on April 21, April 23, and April 25 at 6 p.m.

Originally scheduled for performances in spring 2020 that were postponed due the pandemic, the show has been reimagined, from sets to costumes, props, and lighting, to be performed outdoors, with masks and social distancing. The performance time was chosen specifically to take advantage of the lighting at dusk for the second act, as the Greek gods descend to the underworld.

“We are excited to present a fully staged outdoor theater production for the community,” says Christopher Herbert, William Paterson vocal area coordinator and director and producer of the show. “We are not aware of any other universities in New Jersey that are presenting live outdoor theatre. We are proud of being innovative and providing our students with the opportunity to perform a classic work in this unusual way.”

First performed in Paris in 1858, the operetta was an underground hit for years. In the classic myth, the musician Orpheus, grieving the recent death of his beautiful wife Eurydice, travels to the underworld to see her in hopes that he can revive her. In this comic retelling, Orpheus is a violinist whose wife Eurydice is tired of his constant fiddling. When Eurydice is abducted by Pluto, god of the underworld, Orpheus is pleased to be rid of her. But he realizes he must try to rescue her, and accompanied by the rest of the gods, he travels to Hades. In the end, the god Jupiter decides he wants Eurydice for himself, so Orpheus is thwarted in his quest. The finale features the famous tune, the “Can-Can,” as the gods hold a celebration party.

The operetta, which will be sung in English with translations by Herbert and Nathaniel Merchant, is also surprisingly relevant for today’s audiences, Herbert adds. “Any satire piece can be relevant for the era you perform it in,” he says. “This work is a critique of dominant art forms and gender dynamics, which is something we discuss a lot in modern-day America.”

The production funded in part with support from the Ruth Silverman-Rosenbloom and Victor H. Rosenbloom Foundation.