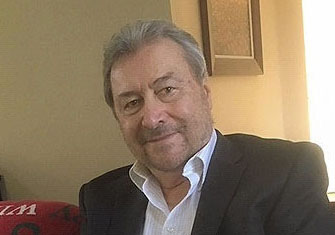 Vincent N. Parrillo, professor emeritus of sociology at William Paterson University, has a new book featuring a compilation of his works over the past 50 years that focus on the themes of assimilation, diversity, and multiculturalism. The book, titled “Vincent N. Parrillo: A Collection of His Work,” edited by Martie Ohl, is available on Amazon.

A Fulbright Scholar, Parrillo has gone on dozens of speaking assignments for the U.S. Department of State and U.S. Department of Defense, and has lectured at universities in Asia, Canada, Europe, and the U.S. He is an internationally renowned expert on immigration and intergroup relations.

Parrillo is the author of a dozen books, including two of the nation’s leading college textbooks, and more than three dozen journal articles, with translations in nine languages. In addition, he is the executive producer, writer, and narrator of five award-winning PBS television documentaries about Paterson, N.J. A new film, Paterson: A Delicious Destination, will premiere on NJTV in a couple of months.