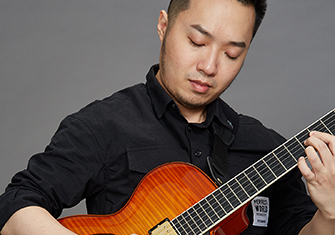 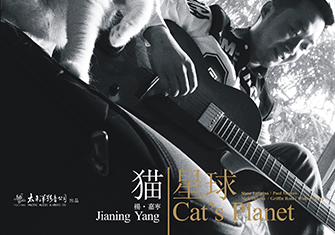 From the moment he picked up a guitar at age 16, Jianing Yang wanted to share his love of classical music with others. Seriously injuring his right hand from practicing classical guitar 11 hours a day—and nearly giving up his dream of becoming a musician—Yang has triumphed with his debut album, “Cat’s Planet,” being named  China’s “Jazz Album of the Year.”

The album was released by Pacific Video in 2019. In 2020, the album was named the 15th Top Album of 2019 and won the 2019 Jazz Album of the Year Award sponsored by the Guangdong Provincial Music Association and selected by the Recording Art and Recording Society of the Chinese Musicians Association.

“Influenced by my father, I have been keen on listening to jazz and classical music since childhood. From the moment I picked up my guitar at age 16, I dreamed of one day sharing that happiness with others through music,” says Yang.

Jianing Yang was born in Guangzhou, China. While still in high school, and with the support of his parents, he studied with China’s most famous teachers of classical guitar. At one point, he was practicing guitar 11 uninterrupted hours every day. Within one month, his fingers were so injured from practicing that doctors gave him no hope for recovery. In Yang’s mind, his three years of effort and training came to nothing. In despair, he became a train overhaul worker, hoping that the mechanized work would help him forget his joy of playing music.

At his industrial job, a train charger weighing 150 kg. fell on his left foot and fractured his toe. During his recuperation, Yang reflected on his career again, and decided that music was his life. “Like fish need to swim in the water and like birds need to fly in the sky, I wanted to be in the arms of music again,” he says.

Yang quit his job, picked up his guitar and changed the way he played with his right hand – playing jazz guitar with picks. He graduated from Xinghai Conservatory of Music with a degree in jazz guitar performance. He then earned a master of music in jazz performance at William Paterson University in 2019. Yang returned to Xinghai Conservatory of Music, where he is now a jazz guitar teacher, helping students understand jazz music more deeply. “I am loving what I do. Music is my life,” he says.

For more information about the music program at William Paterson, visit wpunj.edu/music.