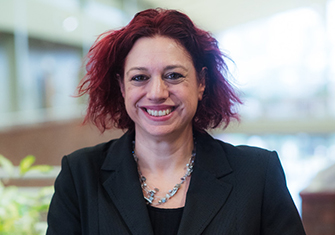 Lucia McMahon, professor and chair of history at William Paterson University, will speak about the unsung heroines who contributed to reforms that led to women’s suffrage, in a series of talks honoring the 100th anniversary of the Nineteenth Amendment. These talks are sponsored by the New Jersey Council for the Humanities Public Scholars Project, which provides public humanities programming for local community organizations throughout the state.

McMahon is scheduled to speak on Wednesday, March 25 at 12:30 p.m. at the Wayne Public Library. In her talk, McMahon will focus on relatively “unknown” women’s voices and experiences.

“Throughout the 19th century, many women became involved in a number of reform movements, including educational access, abolitionism, married women’s property rights, temperance, dress reform, and of course the suffrage movement,” says McMahon.

McMahon teaches courses at William Paterson in historical methods, early national U.S. history, and women’s history. She is the author of several books and articles, including Mere Equals: The Paradox of Educated Women in the Early American Republic and The Journal of Rachel Van Dyke, 1810-1811.