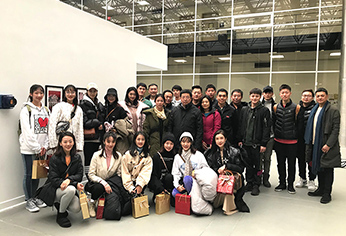 On December 11, 2019, under the promotion of the “Dance in China” brand of China Arts and Entertainment Group Ltd., China (CAEG); “National Beauty”, a performance of traditional Chinese music and dance was hosted by Center for Chinese Art at William Paterson University and performed by the Chinese Oriental Song and Dance Troupe. The performance center, which was the Shea Center for Performing Arts, was crowned with over 900 attendees from New York, New Jersey and the East Coast of the United States. The actors received endless applause with high praise and full satisfaction from the audiences by their superb art and dedicated performance. The audience was amazed, excited, surprised, and touched that they could have the opportunity to watch such a superb international level authentic Chinese dancing in the United States.

Dr. Richard J. Helldobler, President of William Paterson University and Mr. Liyan Li, Cultural Counselor, Consulate General of the People’s Republic of China in New York, delivered their opening speeches. Dr. Helldobler also took part as he showed his gratitude and welcomed the artists. He pointed out:“Tonight’s performance also continues our celebration of the 10th Anniversary of our Center for Chinese Art here on campus. At William Paterson, we believe strongly in the power of art and in the value of cultural exchange, as tonight’s performance and the Center, which is making it possible, both demonstrate.” He also took a moment to extend a special thanks to Professor Zhiyuan Cong for his leadership of the Center, “And I’d like to take a moment to extend a special thanks to him for his leadership of the Center, as well as for all of his work in arranging for tonight’s performance.”

On behalf of Mr. Ping Huang, Consul General, Consulate General of the People’s Republic of China in New York; Counselor Liyan Li warmly welcomed the Chinese artists visit to the United States. A bridge of art and friendship was formed which added a new splendor to the 40th Anniversary of Establishment of China-US Diplomatic Relations. He thanked the administration of the university and the local community for their support of the Center for Chinese Art. The center carries out various forms of art exchanges and cooperates actively, as well as making positive contributions to promoting mutual understanding and communication between China-US in the past 10 years since it established. He also thanked Madame Margaret Lam & Mr. David Yen, Honorary Director of CCART for their additional efforts.

National Beauty is a dance poem directed by the famous director Chen Shen, performed by 30 top level young Chinese dancers including Ke Liu, Huizhi Zhuang, Peng Sun and Gen Sun. It’s not only in the plot structure and the presentations are integrated with Chinese-style aesthetics and philosophical concepts, and also have unique Chinoiseries in the application of artistic elements. The performance selects the most representative Chinese cultural symbols such as white and blue porcelains, the tea ceremony, bamboo painting, cheongsam, the art of calligraphy. Kunqu Opera. It captured the color elements, use dance as the language, and emotion as the main body, present the state of etiquette in Chinese eyes and the color of China in the eyes of the world.

On December 10th, 2019, the" National Beauty " troupe began their visit to the United States under the leadership of Jia Xiuling, director of Arts and Entertainment Group Ltd., China. Visiting the Center for Chinese Art at William Paterson University was their first stop. Professor Cong, director of CCART welcomed everyone. He told that CCART is a home for everyone coming to the United States and aims to exchange views on contemporary art and Chinese contemporary dance, as well as the feasibility for further cooperation between the two sides in the future. Later, the dancers visited the University Gallery and the exhibition of American artist Ben Shahn. They also visited the earliest industrial city in the United States, the Paterson Great Falls National Historical Park, as well as the university library named by the Chinese-American couples of David and Lorraine Cheng.

In the afternoon of December 11, CCART at William Paterson University held a reception for dancers in the President's office building-Hobart Manor. President Helldobler; Dr. Joshua B. Powers, Provost and Senior Vice President for Academic Affairs; Pamela Ferguson, Vice President for Institutional Advancement; Professor Daryl J. Moore, Dean of the College of the Arts and Communication; Director Cong; Madame Lam & Mr. Yen, and Mr. Ip-Wing Kong, Honorary Directors of CCART at WPUNJ, were among the 60 guests attended the reception. President Helldobler addressed the guests by informing them of the Shea Center and how it has hosted many other prominent artists, performers, and speakers, including former U.S. Presidents, Pulitzer Prize-winning authors, and world-renowned musicians, singers, and dancers. He then stated that it will be where they will be performing that evening and that he is honored the Chinese Oriental Song and Dance Troupe will add to the great tradition here at William Paterson. He also added to this by sharing the history of Hobart Manor with all of the guests invited to the manor itself. William Paterson University traces its beginnings to the year 1855, but it moved here to Wayne, New Jersey in 1951, to the former estate of the family of Garret Hobart. Hobart was the twenty-fourth vice president of the United States, who served under William McKinley, and this was his family’s home.

Professor Cong, the person in charge of this event of the university, was very excited about the successful performance. He deeply felt that the success of an event has been devoted to helping and hardworking of people in many aspects. He sincerely appreciated the cooperation and support from at home and abroad, whether it be Inside and outside school. The performance will also perform at Yale University, Columbia University and other universities. 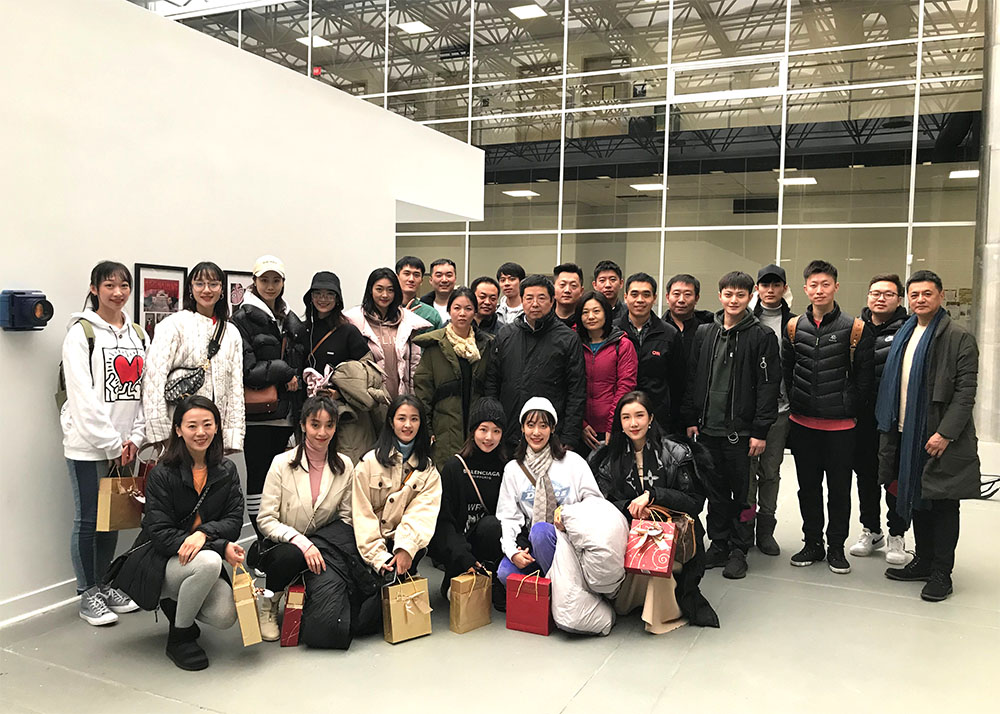 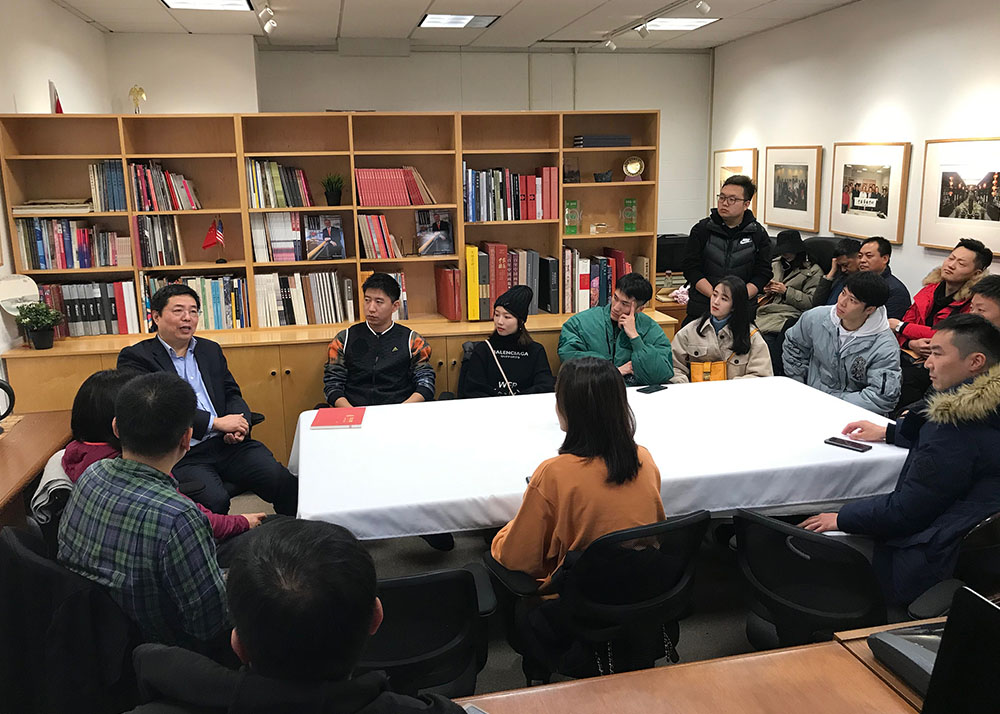 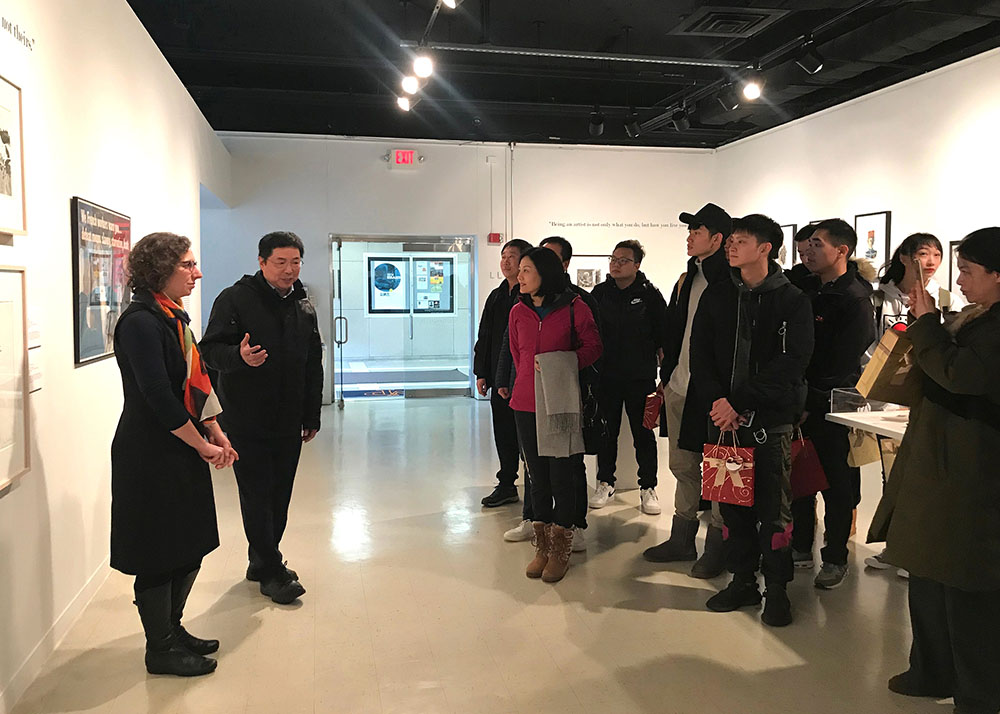 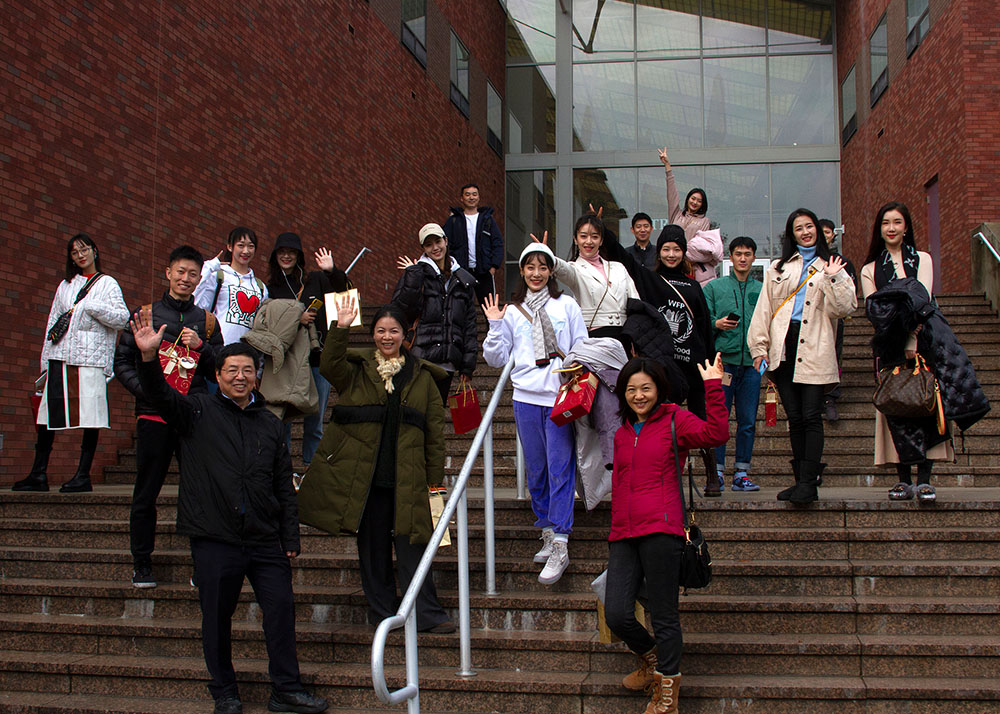 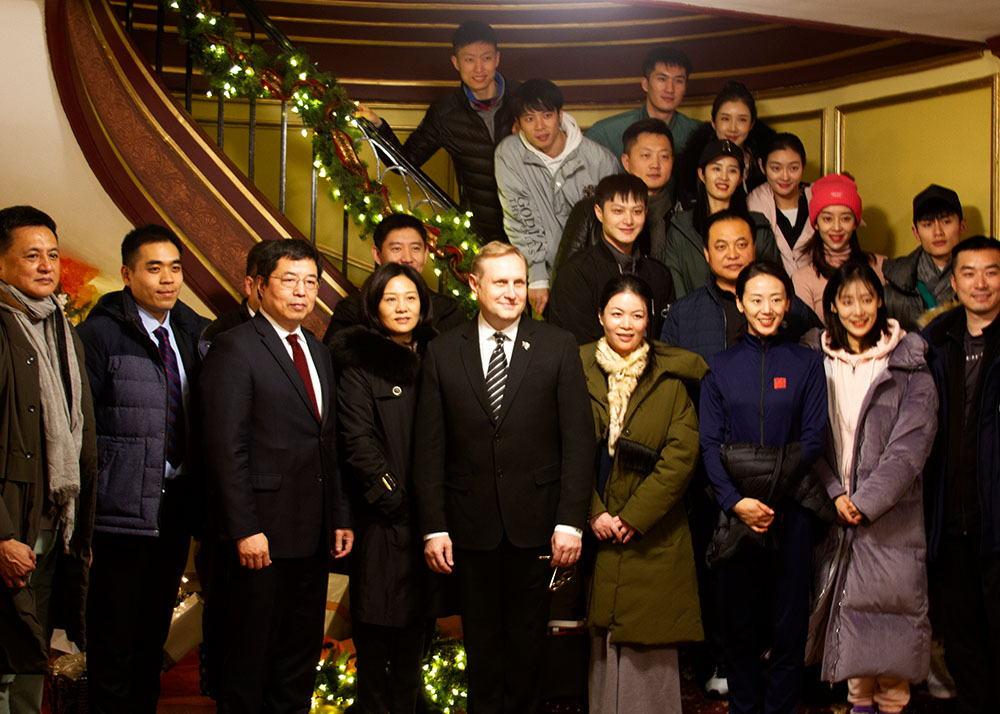 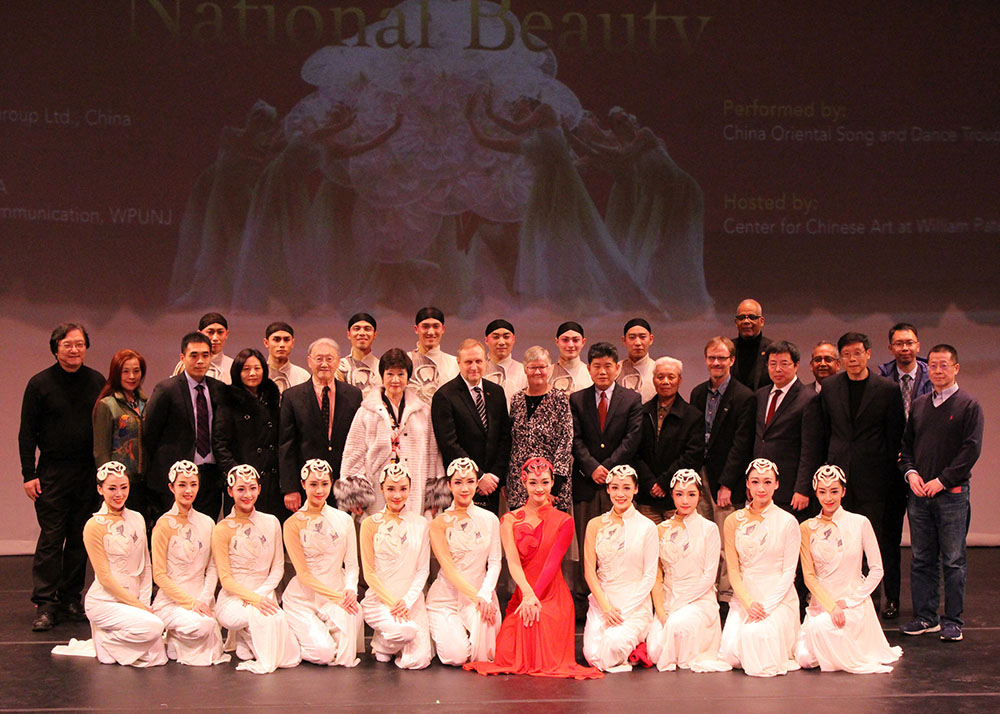 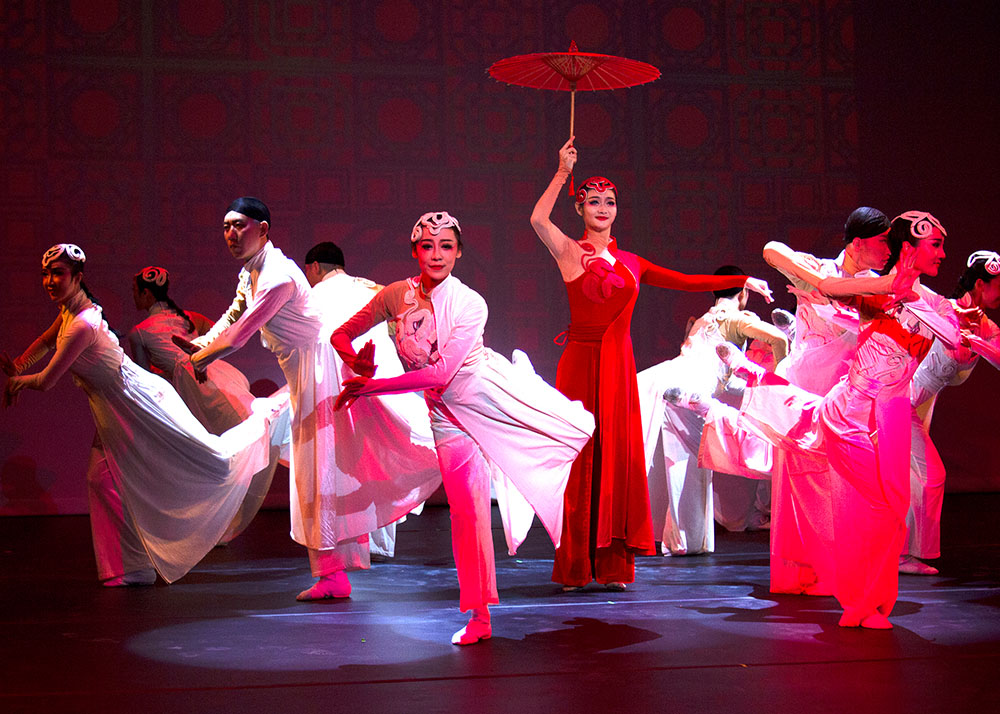 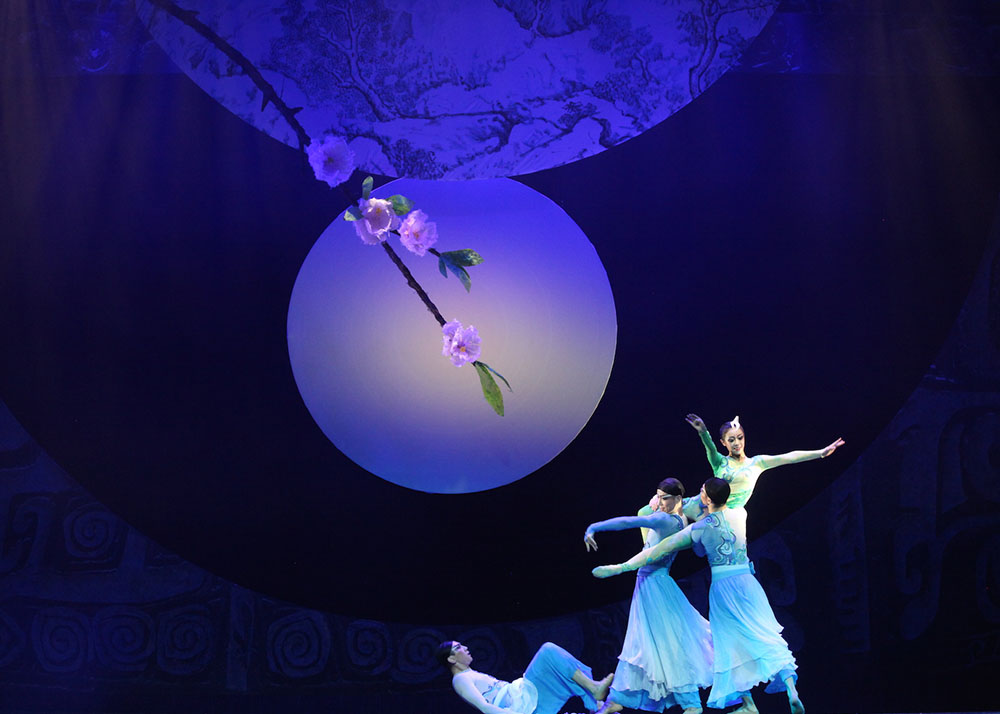 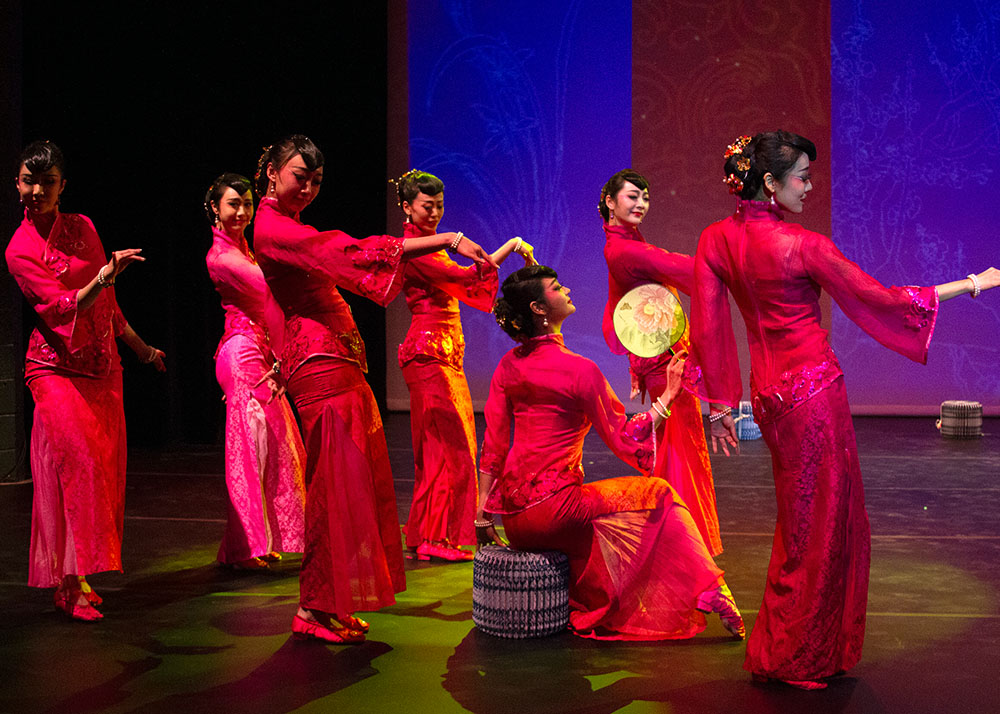 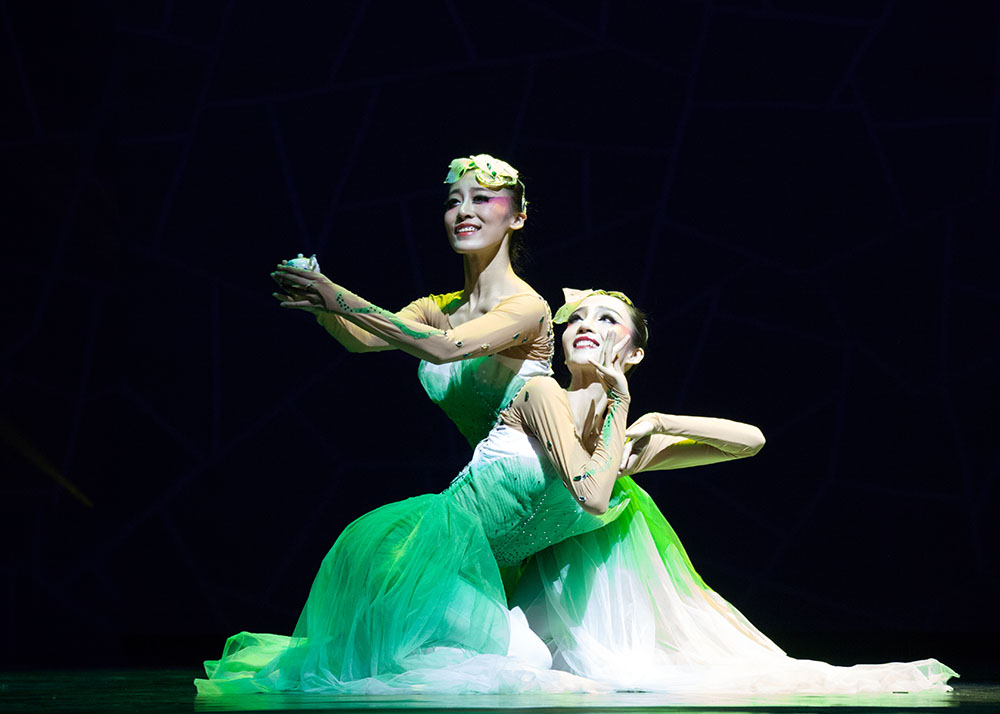