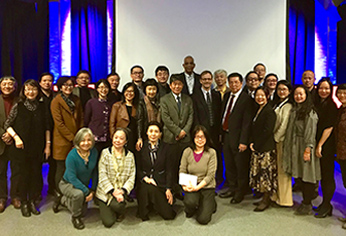 The three-day intense and substantial schedule of the symposium entailed the exchanges of art and artistic achievements of the professors; " Artistic Development trend in Cross-Cultural Context symposium; Exchange of teaching experience between Chinese and American art education and the challenges and experiences of the curriculum teaching education of students with different cultures and educational backgrounds". Simultaneously, professors also took advantage of a rare opportunity to summarize and evaluate the work of the association over the past two years, and elected the chairman and members of the fourth executive committee of CAAFA. The representatives visited the New York Gallery of Chinese Art, and participated in the opening of “Unbounded Extension: Chinese-American Women Artists Digital Media and Installation Art Exhibition”, on the third day of the symposium. All attendants had gained enriched enlightenment and solidarity by being a part of this symposium.

Yu Zhengu, The Chairman of Chinese-American Art Faculty hosted the symposium on November 22. On behalf of William Paterson University, Dr. Joshua B. Powers welcomed the representatives of art professors from all over the United States. He particularly emphasized the importance of mutual respect and understanding in a multicultural context, and sincerely congratulated the symposium for its success. On behalf of Consul General of The People’s Republic of China in New York, Mr. Liyan sincerely congratulates the success of the symposium. He especially thanked the Chinese art professors in the United States for their important role in multicultural communication in the present globalized world. He also thanked the professors for their unremitting efforts and unique contributions to the spread of Chinese culture and art on the front line of American university podiums. These cultural exchanges have promoted a deeper understanding between two countries and enriched the colorful cultural world of mankind. Mr. Dean Moore has made many speeches and participated in symposium activities from beginning to the end. He believes that the members of Chinese-American Art Faculty Association are the first group of Chinese people in China to stand on the Western art education podiums. They are the main force for the communication and dissemination of Eastern and Western cultures and arts in the West. They are also bridging the bonds that promote the communication and development of culture and arts in China today.

The first chairman of Chinese-American Art Faculty Association and the current chairman of the association, Professor Cong Zhaitan introduced the history of the association and the symposium. CAAFA was formally established in 2013 and is the first officially registered, non-profit academic platform in the history of modern Chinese art in China; something that Cong Zhaitan is proud to be a part of. CAAFA serves the academic exchange of overseas Chinese art professors, with three climaxes of studying abroad in in the contemporary eras of China. The first climax was studied in Europe in the 1920s; the second climax was in the Soviet Union in the 1950s; the third one was in the United States in the 1980s. Due to historical reasons, there were few international students could stay aboard after graduated during the first and second climaxes. For the third climax, a group of Chinese students obtained university teaching positions after completed their studies, especially in the United States and North America, thus forming a unique art education group. According to Zheng Wang, visiting scholar and associate professor of Beijing Jiaotong University preliminary research on big data: from 2017 to 2018, there were 23,981 Chinese students studying art in the United States (including music, dance and fine arts), and there are 84 art professors (including painting, design and history) now in United States universities. Our association has captured more than 70 of them.

“Unbounded Extension: Chinese-American Women Artists Digital Media and Installation Art Exhibition” opened at the New York Gallery of Chinese Art on November 23. The opening ceremony was hosted by Professor Zhiyuan Cong of the CCART department. Mr. Liyan Li, Dean Moore, and Mr. Yerong Kuang, the director of New York Gallery of Chinese Art, delivered not only their speeches but also their congratulations. Professor He Zhang hosted the works introduction which included eight female artists/professors. The eight artists: Smow Yunxue Fu, Qin Han, Xia Gao, Guoqing Heaton, Qian Li, Qin Liu, Leah Lihua Wong, and Yida Wang, used their opportunity at the exhibition to showcase their installations and new media works. Their works were founded in their deep Chinese cultural heritage, inspired by the cross-cultural personal experience, and driven by the will of transcending oneself, gender, national boundaries, traditions, time, and space, the professors explore and use a variety of techniques to present rich, humanistic thoughts and new and old media. 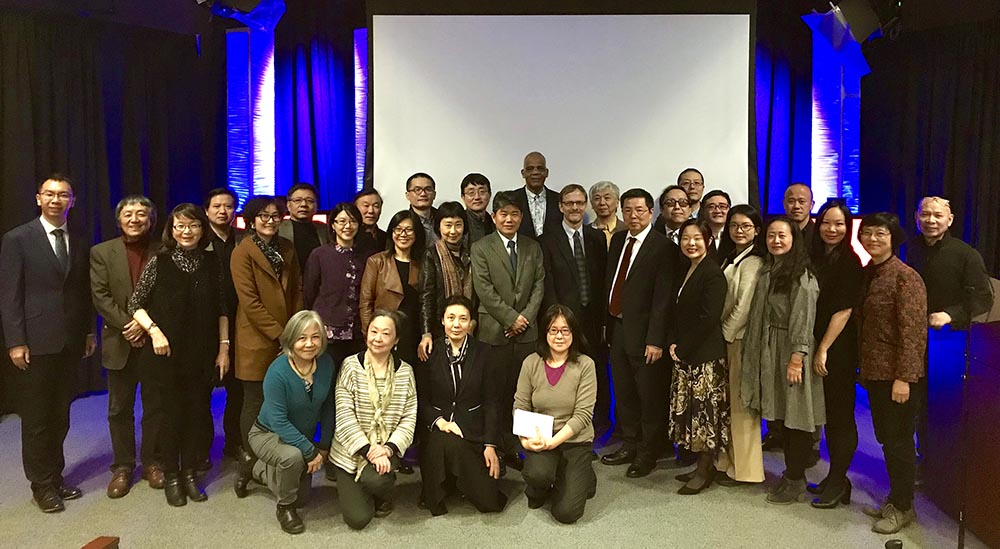 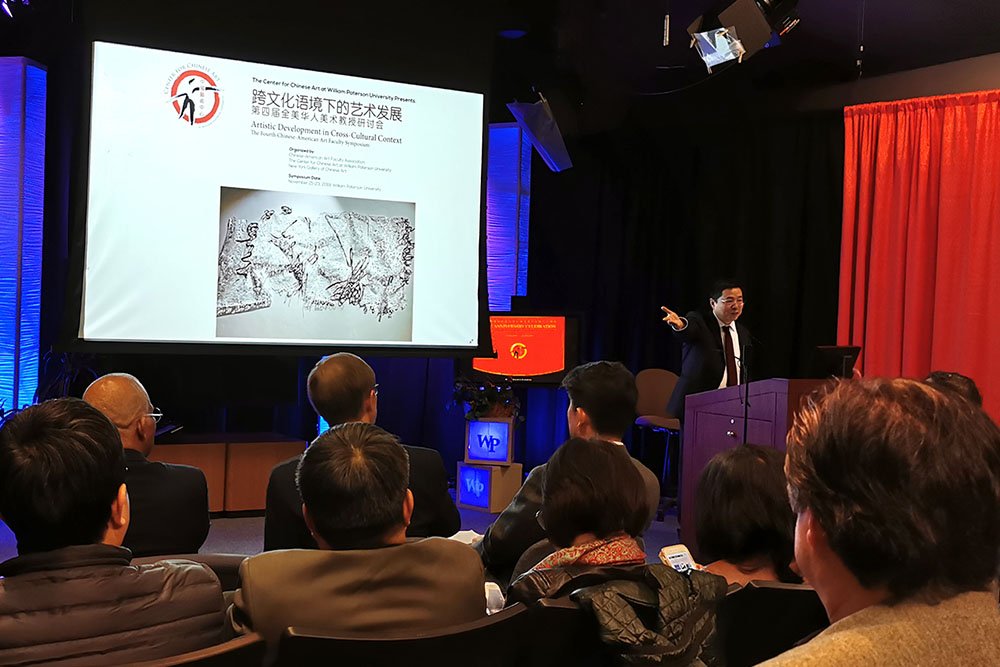 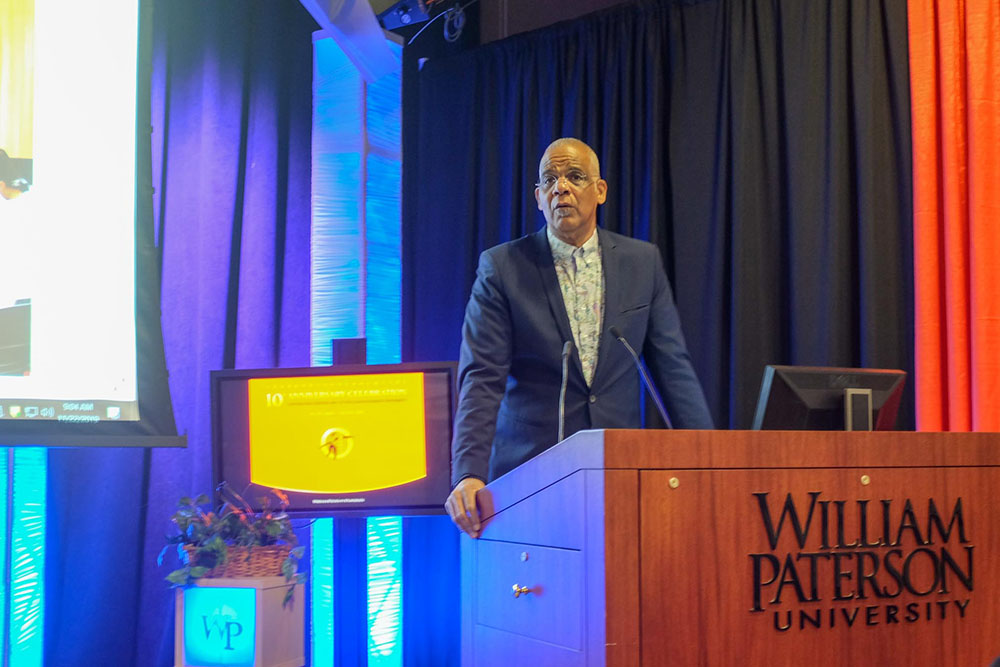 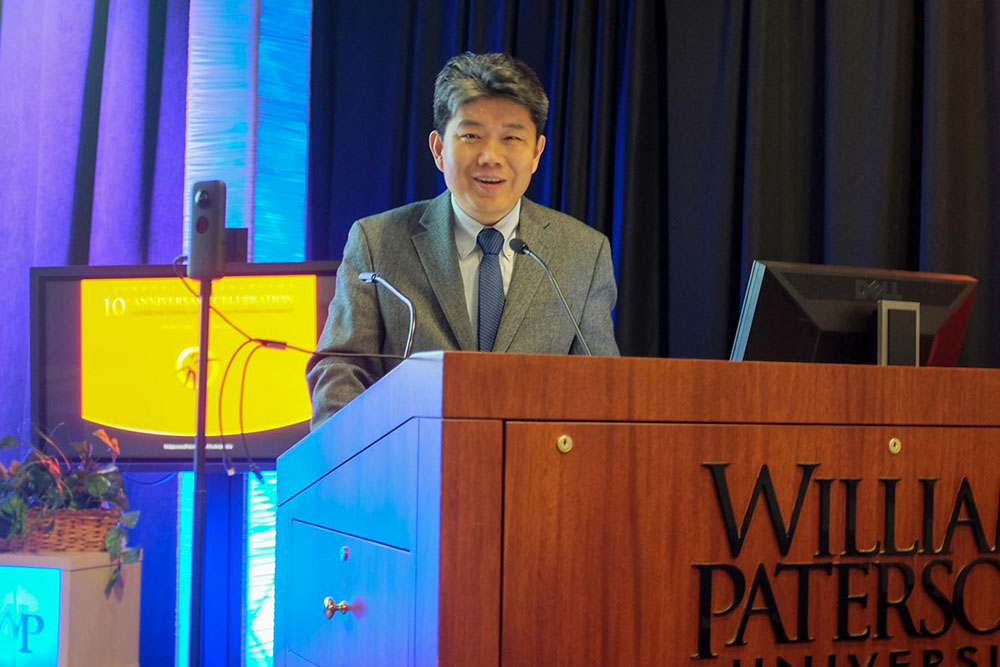 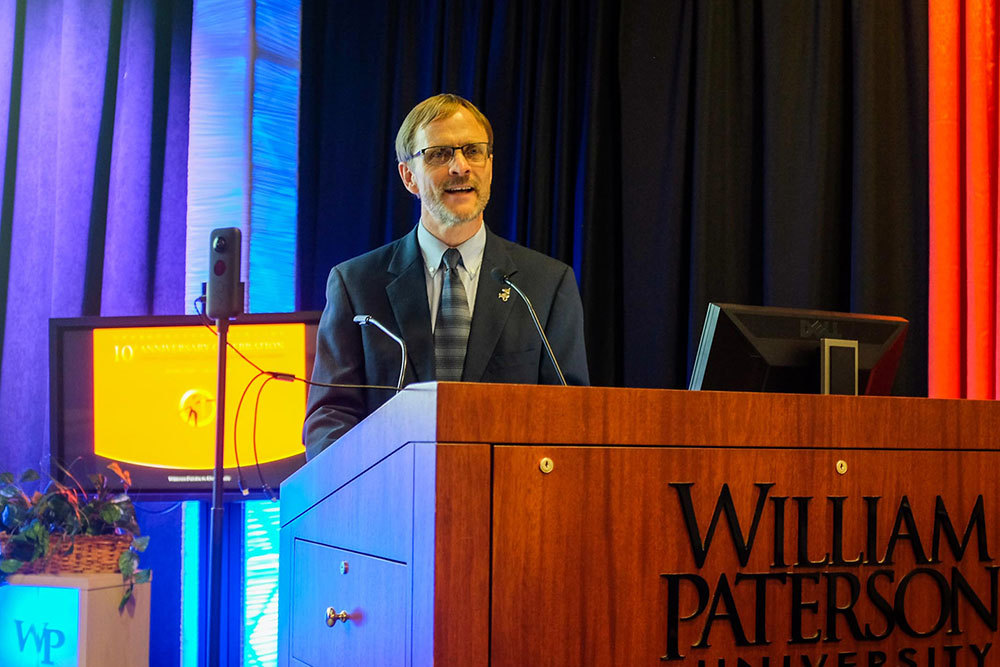 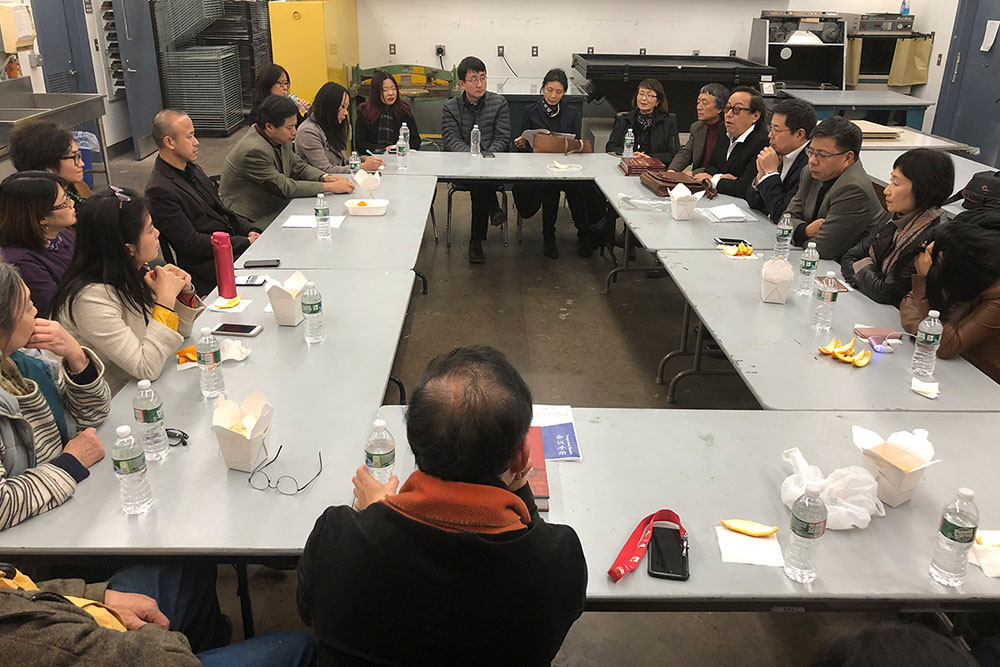 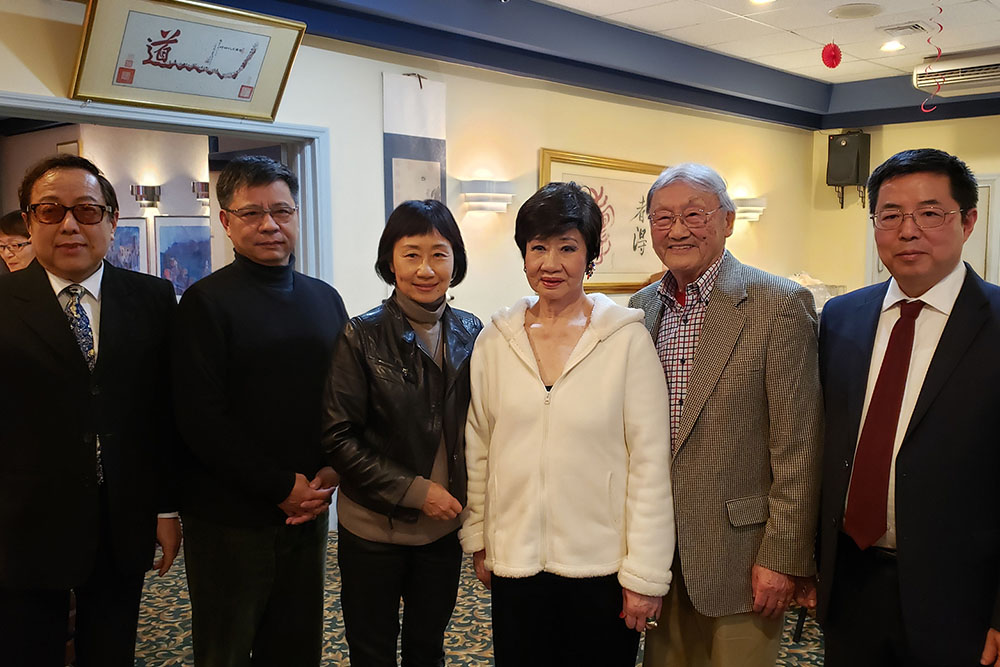 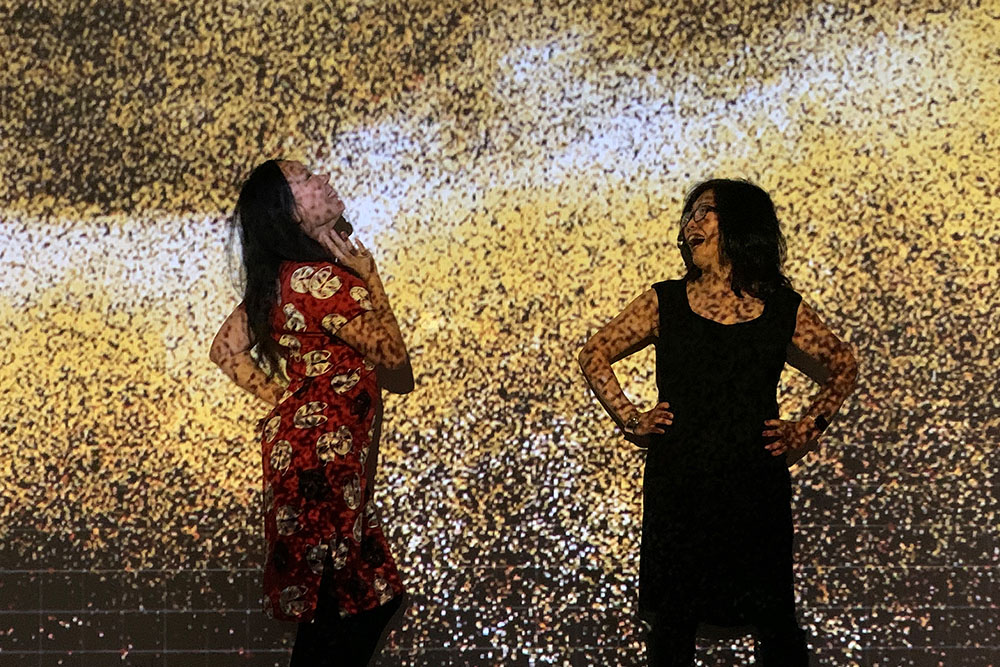 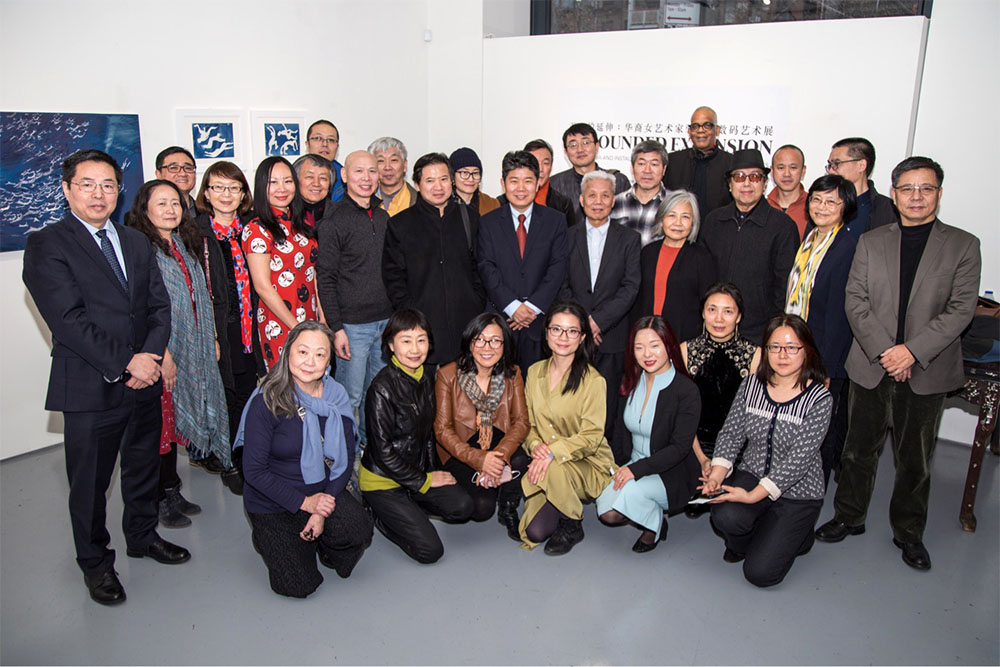