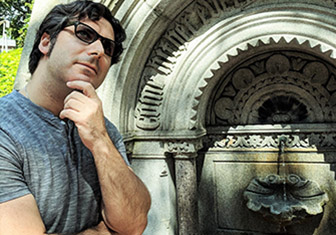 “There are some commonalities,” says William Paterson University psychology professor Michael Gordon, who has been traveling the world to pick the brains of more than 60 of the most influential scholars in psychology.

From Boston, to Montreal, Sydney, London, and many places in between, Gordon has traveled close to 50,000 miles this academic year, interviewing the likes of Albert Bandura (the Canadian-American social clinical psychologist known for his famous “Bobo doll” experiments and international media campaign to improve health behaviors), Dorothy Bishop (a British developmental psychologist whose groundbreaking research and advocacy hinges on language learning impairments), and David Barlow (a revolutionary American clinical psychologist who pioneered many of the modern approaches to cognitive-behavioral therapy).

Gordon, a cognitive psychologist and director of the audiovisual perception laboratory at WP, is interviewing the notable scholars in his field about their lives, training, influences, and the context surrounding the development of their research. He will be compiling material from each of his interviews for a forthcoming book about the history of modern-day psychology, anticipated for release in late 2020 by Political Animal Press.

“These are the people that have created the most cited findings in psychology, presided over the critical organizations, and steered our field scientifically and organizationally over the last 75 years. Their stories are the stories of psychology, and I hope I can help preserve that for our field’s history,” Gordon says.

“I’ve heard stories of families fleeing the Nazis and oppressive regimes, high school dropouts who serendipitously came back to their education only to grow into newfound lovers of science, iconoclasts of all kinds, and brilliance,” he continues. “Of course everyone has stories. Incredible research and ideas never come out of a vacuum; those ideas come from people who have life experience, training, colleagues, and a whole host of good and bad events that may have led them to certain possibilities.”

Though his interviewees are a very diverse group, Gordon says many of them share distinctive qualities. There is “a desire to be wrong … [they] seem particularly interested in being the one to disprove their own renowned theories,” as well as “a resistance, and sometimes even a clear embrace, of ideas and methods that are rejected.” Additionally, they tend to “read broadly,” Gordon says, explaining that his interviewees pay attention to ideas and research that stretch way beyond their discipline. “Many incredibly innovative ideas for psychology were developments adopted from related fields in epidemiology, sociology, and biology,” he adds.

Gordon, who is on sabbatical for the 2018-2019 academic year for this project, returns to campus in the fall and will be continuing interviews across the East Coast through October. He has been on the road with his wife, who is a travel photographer, and 13-year-old son, who enrolled in an accredited online school for the year.

“After more than 10 months of travel and reading, thinking, meeting, and talking with these tremendous scholars, this has been the most intellectually inspiring year of my career,” Gordon says in mid-June – from Dublin, Ireland as he prepares for a flight to Dallas, Texas. “It has given me much to think about, and I hope that I can return to my discipline some of the excitement, creativity, and insight that I’ve recorded in conversation during these travels.”