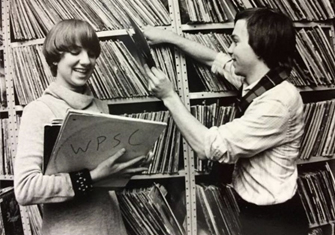 Named the number one college radio station in the nation by the Intercollegiate Broadcasting System, William Paterson University’s WPSC 88.7 FM, will celebrate its 30th anniversary on December 8 at an alumni luncheon at noon at the University’s faculty dining room on campus. Tune in now to hear alumni DJs from all three decades as they “takeover” the microphones around the clock throughout the week prior to the luncheon. Shows will feature music from the era of the corresponding DJ. A schedule of DJs can be found at here.

WPSC 88.7 FM, Brave New Radio, was honored in September with the Marconi Radio Award for non-commercial station of the year presented by the National Association of Broadcasters.

In addition to their awards, innovative programming and podcasts, the station is actively involved in an ongoing civic engagement project with Vieques, Puerto Rico, following the void of communication caused by Hurricane Maria. Eight students and recent graduates of William Paterson University’s communication department spent the last week of June in Vieques to continue the volunteer work they started there in January 2018. The group’s primary goal was to assist WVQR 90.1 FM Radio Vieques in its recovery from the devastation of Hurricane Maria and to establish a ham radio network with funding organization Vieques Love. Working together, the groups acquired equipment to build the network, license local operators, and distribute radios.