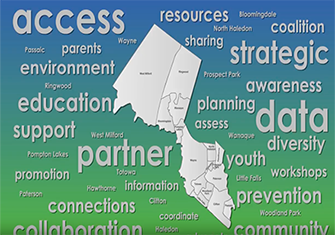 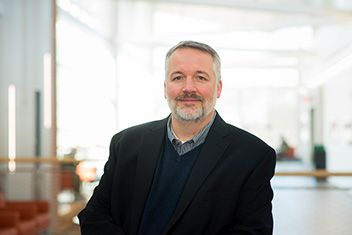 The Substance Abuse and Mental Health Services Administration (SAMHSA) has awarded a $625,000 grant to William Paterson University Professor of Public Health William Kernan for his proposal to help reduce the incidence of teen alcohol and marijuana use in the City of Passaic.

With this grant, Kernan – who also serves as research director for United for Prevention in Passaic County, housed at William Paterson University – will lead a coalition comprised of representatives from the city mayor’s office, school board, police department, and department of human services, along with the Lindsay Meyer Teen Institute. Teaming up with Kernan at the administrative level are colleagues Glen Sherman, William Paterson University Associate Vice President of Student Development, and Sherrine Schuldt, United for Prevention of Passaic County Coalition Director.

Named the “Passaic City Coalition,” Kernan’s group aims to reduce city youth’s alcohol and marijuana use by 10 percent in five years. Their proposed strategies include increasing both youth and parents’ knowledge about the risks of alcohol and marijuana, involving local youth in data collection and the development of drug prevention campaigns, community forums, and outreach and education to local alcohol merchants.

These objectives will be achieved by addressing the specific local conditions, root causes and risk factors present in the City of Passaic, home to more than 70,000 residents. With a large population and three-square-mile geographic footprint, the city is the 10th most densely populated in the United States.

“Drug-Free Community grants provide local agencies such as ours the opportunity to focus on youth from a specific municipality and tailor interventions that make sense for them in their environment, using their voices, and with them as equal partners,” Kernan explains.

That environment, the professor says, is one that is especially prone to underage drinking and drug use. One third of Passaic residents are under the age of 18, and of those, 42 percent live in poverty, increasing their risk of involvement in crime, violence, and gang activity, and subsequently, underage drinking and drug use, Kernan says. For that reason, based on a recent county-wide study, City of Passaic youth have been identified as “a particularly vulnerable subpopulation within Passaic County.”

The project, in addition to benefiting the residents of Passaic, will also pay dividends for students at William Paterson University.

“This new grant will provide many opportunities for our University’s public health students to take part in research and meaningful civic engagement experiences in the City of Passaic,” says Kernan, who  also serves as the chairperson for WP’s Department of Public Health. “Doing so continues the University’s long-standing commitment to working with local community leaders to address challenges, such as substance abuse, right here in our home of Passaic County.”